Mohammad Abbas, who picked up eight wickets in a Player of the Match award-winning performance at Lord’s in the first Test against England, said he was sad to miss out on a chance to get his name in the Honours Board, but was happy with his haul.

Abbas picked up 4-23 and 4-41 to help Pakistan bowl England out for 184 and 242 on their way to a comfortable nine-wicket victory.

“[I am] very happy. My first match at Lord’s, and to get the Player of the Match award … my aim was to pick up five wickets and get my name in the Honours Board, but it didn’t happen in either innings,” Abbas said. “But by the grace of Allah, I did get eight wickets. It was the first time I played in front of such a big crowd, and I enjoyed myself a lot.” 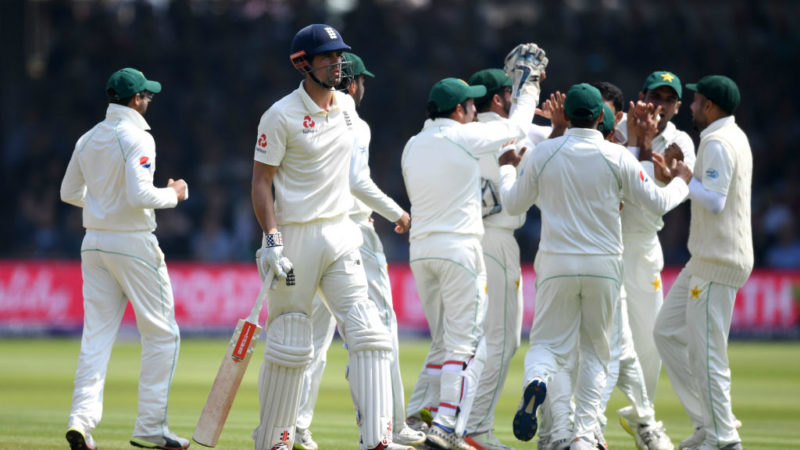 Abbas had arrived in England early to play for Leicestershire, an experience he said helped him adjust to the slope at Lord’s. He was well-prepared in the lead-up to the Ireland and England Tests as well, picking up three wickets for Leicestershire against Sussex and then four against Northamptonshire while playing for Pakistan in a warm-up tie.

“I have to thank the PCB [Pakistan Cricket Board] and the team management for giving me the permission to come and play for Leicestershire before the series. I trained at Leicester, and there’s a slope there too, like most other grounds here. You have to adjust,” Abbas said. 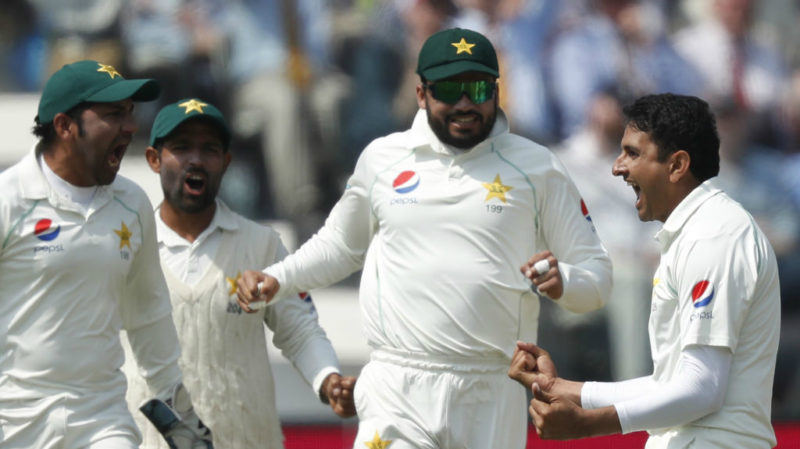 The 28-year-old fast bowler praised bowling coach Azhar Mahmood, with whom he has been interacting since he came into the Pakistan set-up. “Azhar bhai treats us like younger brothers. He keeps things cheerful and lively, and that’s a big plus,” said Abbas.

“Even when he was in Pakistan, I used to stay in touch with him over WhatsApp and ask him questions. That has helped a lot, and now I have performed in Malahide (Abbas picked up 4-44 and 5-66 in the Test against Ireland) and here.”

"My idols are Asif bhai and Glenn McGrath, I try to bowl like them"

Now seven Tests old, Abbas looks up to Pakistan fast bowler Mohammad Asif and Australia legend Glenn McGarth, he said: “My idols are Asif bhai and Glenn McGrath. I try to bowl like them, and I watch their bowling. I have played with Asif bhai too, in domestic cricket for Sialkot. I have spoken to him a lot. I try to bowl line and length like he does. I have also consulted him on my grips.

Related Story: ‘I was horrible to face’: The time Ian Bell took 4-4 at Lord’s

“I have watched a lot of his [McGrath’s] videos. He has bowled so much, so many long spells, and I have followed those videos. I have bowled many long spells in domestic cricket, and whether as a batsman or as a bowler, when you play a lot, you know what your strengths are. You know what you have, and that has given me success.”