Ahead of his ODI captaincy debut, Tamim Iqbal said that he’s looking at the stint as only a responsibility and harbours no expectations of being handed a full-time role in future.

Tamim is set to lead Bangladesh in their three-match ODI series against Sri Lanka, which begins on Friday, July 26, after regular captain Mashrafe Mortaza injured his hamstring prior to the team’s departure, and Shakib Al Hasan was granted leave by the Bangladesh Cricket Board.

“I am not thinking that I am making a debut in captaincy,” Tamim said on the eve of the first ODI. “I am not very excited about debuting as a captain. I will try my best to help those who are playing. I will try to give my best despite it being for a short time. I don’t know about my future in this, but I want to give it my best shot. It’s just a responsibility because captaincy is something I never thought of as I did not have much interest in it since childhood.

Find out what @TamimOfficial28 had to say about some of his teammates at the @BCBtigers media day ? #RiseOfTheTigers #CWC19 pic.twitter.com/mxieYgDMum

“Mashrafe bhai is still my captain as he is yet to retire from cricket, and after his retirement, there is regular vice-captain Shakib Al Hasan. The board will decide who will be the next captain of the team and I don’t want to say that I would want the captaincy or not at the moment. As I have been given the responsibility for these three games, I want to fulfill that by giving my best.”

Already carrying much of Bangladesh’s hopes as one of their senior and most dependable batsmen, captaincy is an added responsibility – one that could potentially increase expectations from Tamim. However, he put full faith in his squad, and backed them to play the cricket he expects of them.

“I talked with the players about their roles and what the team expects from them,” Tamim said. “At the end of the day, everyone knows their job and knows how important they are for the team. When we go into the field, we have to make sure that we utilize our plan and skills. We have to express ourselves as a good team tomorrow.” 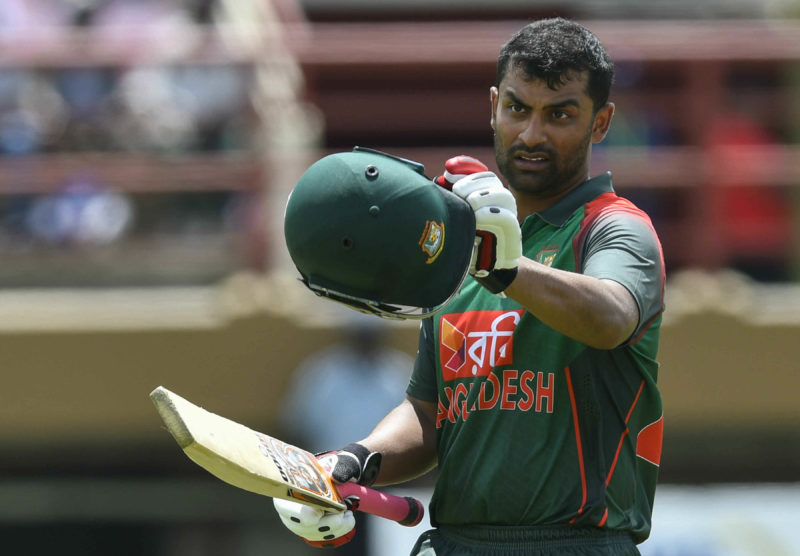 Tamim Iqbal is Bangladesh’s most successful opening batsman ever

Reflecting on the challenge ahead of his team, Tamim pointed at the importance of starting well, with bat and ball, against a Sri Lanka team that surprised many with their performance in the recently-concluded World Cup.

“They are a good side in their own backyard, while they played some good cricket in the World Cup, especially in the game against England,” Tamim said. “The same goes with us as we are playing well for the last couple of years, so whoever executes their plans has a fair chance.

“The major goal is to do well in the opening session. I always say, if we think about the finishing line before the beginning, then it is a problem. So we need to have a good start in batting and bowling. Naturally, our aim will be to win the match and the series as well, and to do that, you need to do all those small things in the right manner.”