Peter Siddle, the veteran paceman, is set to return to England as part of Australia’s Ashes squad after four years, and the 34-year old can’t wait to make an impact.

Siddle last turned out in Test cricket against Pakistan in October 2018, and that itself was a comeback after nearly two years out with injuries. The Victoria paceman revealed how a conversation with Justin Langer, the Australia head coach, fuelled his belief that he could still play for the national side.

“It was last year, I was going well playing for Essex and just had a couple of messages and a couple of phone calls with [Langer],” Siddle recalled. “It was one time after we chatted, (he) messaged and said, ‘just remember, every game still counts’. That’s how I was seeing things anyway, but to hear it from the coach was obviously a good thing as well. And that’s what I’ve done.

“It didn’t matter who I played for, all I wanted to do was to perform well for the team – perform well enough to get the win – and that’s how I’ve gone about it. [That is] how I finished the summer back home, and then to come back here and perform well again for Essex, I knew that I had given myself every chance to be in another Ashes series and hopefully play again for Australia.”

Siddle was sidelined by ankle and back injuries during Australia’s home series against South Africa in 2016. It kept him out of the national team for two years, but the paceman was glad the injury came when it did. “That last injury I had – wrecked my ankle and sort of hurt my back at the same time – [but] it probably came at the right time,” he said. “If it had been maybe a year or two later, it probably would have been hard to come back from then. I probably would have been done.

“It came at just the right time, and gave me a little chance, a little window to have another crack at trying to represent Australia.” 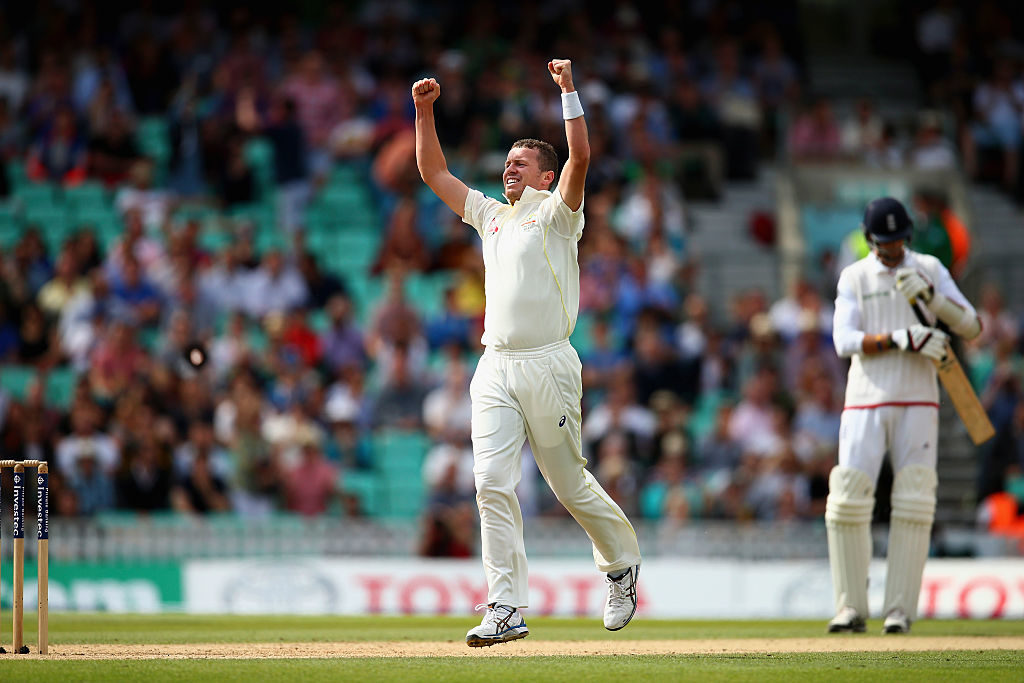 Siddle played just one Test in the 2015 Ashes

After missing the fourth Ashes Test in 2015 Ashes, Siddle said he doubted he’d ever play for Australia again. “I went and had a conversation with Punter [Ricky Ponting] out in the middle of the field,” Siddle recalled. “We were looking at the wicket, and he couldn’t believe that I wasn’t playing. That’s when I said to him, ‘If I’m not getting picked here, I don’t think I’ll ever get picked again’. And that was the honest truth.”

Now that he is in the squad, he intends to make the most of it. “I’m in a good frame of mind,” he said. “The confidence that I have of the last two seasons over here playing cricket for Essex has put me in a good position to know that I’m comfortable with my game, especially in England.

“Now I know that if I get that opportunity to play throughout this series, I’m ready as ever. I’m definitely bowling a lot better than I ever have in these conditions.”