Smith, who was banned for a year from representing Australia, following last year’s ball-tampering scandal, was also imposed a two-year sanction on the captaincy, which does not allow him to assume an official leadership position within the Australian outfit until March 2020. However, Ponting feels Smith should continue to ‘help in whichever way’.

The 30-year-old took the initiative on the field during the third day of the first Test in Birmingham, as he interacted with bowlers, directed fielders and constantly engaged in dialogue with Paine. His heavy involvement in the field did not go unnoticed and was criticised on social media and in some sections of the press.

However, Ponting opined that suggestions that Smith should not be a part of Australia’s tactical plans during the Ashes is “absolute rubbish” as Smith’s knowledge of the game, his experience, and his direct approach add great value to the team’s decision-making.

“I read a bit of that stuff this morning, with people online going on about the fact he shouldn’t be doing it because he’s not captain,” Ponting told cricket.com.au. “That’s an absolute load of rubbish. 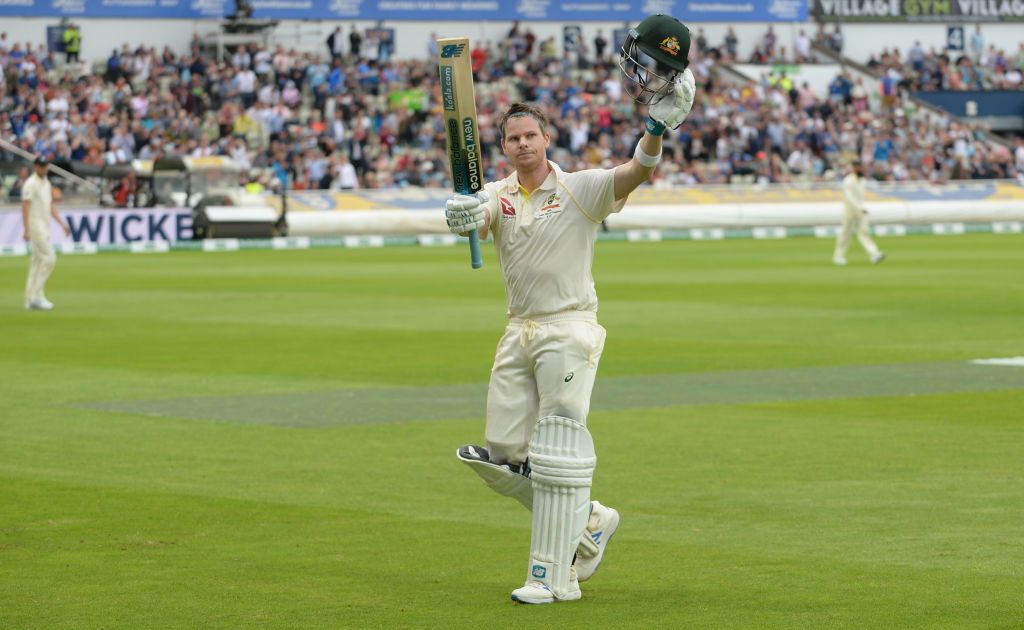 “He’s not captain. He’s not tossing the coin and he’s not picking the team. But an experienced guy like him, with a cricket brain that he’s got, Tim would be silly to not try and tap into that and not try to use him when he can.

“He’s served his time as far as his playing suspension goes and everyone knows he can’t captain again until next year. He’s part of a team that is relying on him heavily for his experience, so he can help in whichever way and wherever he possibly can.

“And I’m sure if Painey or anyone around the team wasn’t happy with it, then it wouldn’t be happening.”

🏴󠁧󠁢󠁥󠁮󠁧󠁿Woakes: “Steve doesn’t make too many mistakes, we’ve got to find a way”
🇦🇺Pattinson: “Without him, we would be in a bit of trouble”https://t.co/MpEfGSlk8x

Smith has been sensational since his comeback, at the 2019 Cricket World Cup. He scored 379 runs in 10 games, including four fifties. His return to Test cricket has been similarly productive. He rescued Australia from a dire position of 122-8 to a respectable 284 on the first day, scoring an exhilarating 144 in the process.

"He’s part of a team that is relying on him heavily for his experience, so he can help in whichever way and wherever he possibly can"

Now that Smith is finally getting back into his groove after the year-long absence, Ponting thinks there should be no problem in Smith officially taking over from Paine in due course.

“Personally, I wouldn’t have any problem with it at all,” he said. “If the hierarchy at Cricket Australia have an issue with him ever being captain again, they would have given him a life ban, wouldn’t they? By banning him for just an extra 12 months, they think it’s okay for him to come back. So if the authorities think it’s okay, I’m happy with it as well.”