Steve Smith has said that the 2019 Ashes, coming right after the World Cup, took a lot out of the batsman, so much that he felt his ‘body had shut down’ by the final Test.

“It was probably a bit of everything: mental, emotional, physical,” Smith told cricket.com.au. “Towards the last Test match, it got to day two and my mind was saying keep going, but my body had shut down and wouldn’t let me do anything.”

The Ashes marked Smith’s return to Tests following his year long suspension for ball tampering. But the batsman showed no signs of rust, quickly hitting peak form with a century in each innings of the first Test in Birmingham. He missed the third Test due to concussion, but resumed business with a double-century in the next game, at Manchester.

Steve Smith's career Test batting average is now closer to 80 than it is to 50.#Ashes pic.twitter.com/CMKdkrLGIx

Smith finished with a series tally of 774 runs at 110.57, but the high-intensity series, which Australia didn’t lose in the UK for the first time in 18 years, took its toll.

“I was a little bit sick after that,” he said. “I’ve had a good couple of weeks just to lay low. I just got back into things over the past week.”

Though back to his heavy run-scoring ways, Smith hasn’t yet served out the full punishment handed out to him for his involvement in the events at Newlands. He is still five months away from being eligible to captain Australia again. 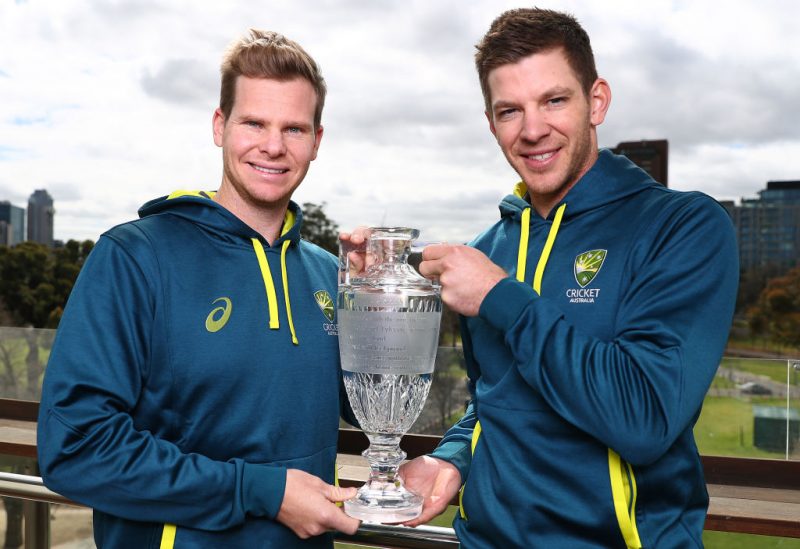 Paine took over the Test captaincy in March 2018, after Smith was handed a one-year suspension

The 30-year-old, however, is unfazed by the wait, insisting that he has removed any thoughts of captaincy from his mind. However, he did acknowledge that he would continue to offer suggestions to incumbent leader Tim Paine, when needed.

“I’m not even thinking about that [regaining captaincy] at the moment,” Smith said. “I was pretty chilled out the whole time [during the Ashes]. I’m obviously pretty intense when I am out there batting, but I help out wherever I can. I don’t want to sit back and not say something if I think it might help us.

Related Story: ‘Not on my radar at all’: Steve Smith on captaincy

“We will cross that bridge later if it comes. At the moment, I am comfortable and Tim [Paine] is doing a great job.”

Having enjoyed a hard-earned break in the aftermath of the Ashes, Smith is making a return via New South Wales in Australia’s domestic first-class competition, the Sheffield Shield, ahead of Test visits by Pakistan and New Zealand, starting next month.

“I just got back into things over the past week. I’ve had three hits now. That will be enough to be ready to go for this first Shield game.”