Nathan Lyon, the Australia off-spinner, had an injury scare while playing touch football during a training session on Wednesday, August 28, ahead of their three-day tour game against Derbyshire.

According to reports, Lyon twisted his ankle and limped off the field with Australia’s team doctor Richard Saw. The news was later confirmed by cricket.com.au, but they added that the injury wasn’t serious, and Lyon had left the session only as a precautionary measure.

This isn’t the first time a player is being injured playing another sport in training – last year, Jonny Bairstow picked up a similar injury while kicking around a football at a warm-up session during the ODIs against Sri Lanka.

Drama at Derbyshire. Nathan Lyon looks to have hurt an ankle or something like it during Aust touch footy game. Limping heavily, straight into the rooms with doctor Richard Saw #Ashes19 pic.twitter.com/ri0XqxPB6Y

The Australians also announced their playing XI for the clash against Derbyshire, with Usman Khawaja set to captain the side. Steve Smith will make a comeback, having missed the third Test after being hit on the neck by a Jofra Archer bouncer at Lord’s.

Mitchell Starc, who is yet to feature in the Tests, will also take the field, while Alex Carey, the wicketkeeper-batsman, is to don the gloves, even though he hasn’t officially been named in Australia’s Ashes squad. 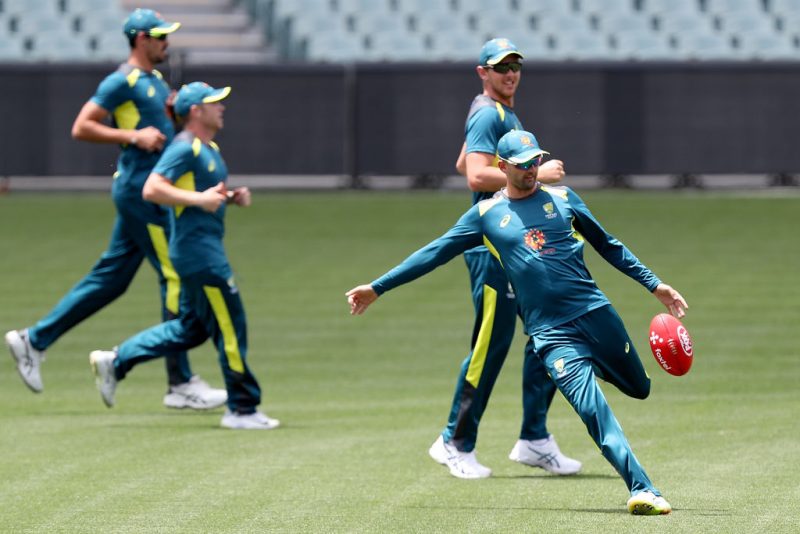 Carey will continue to be available for Sussex Sharks after the three-day match, but will have to miss their clash against Gloucestershire.

The fourth Ashes Test will begin in Manchester on September 4.