Wisden Cricket Monthly editor-in-chief Phil Walker examines the curious case of Haseeb Hameed, two and a half years ago Alastair Cook’s heir apparent, and now hanging on by his fingertips at Lancashire.

At Rajkot in November 2016, Haseeb Hameed, just 19, made a flawless 82 in his first Test match. A fortnight later at Mohali he made an expansive, unbeaten half-century with a badly broken finger. After that one, he was accorded an audience with Sachin and personally singled out by Virat. “You can sense it as a captain,” Kohli said. “This guy is intelligent. He’s definitely going to be a star in all forms if he keeps persisting with his skill.”

But since then, Hameed has not played for England, and nor been remotely close to doing so. In 30 first-class matches since Mohali, Hameed has managed three fifties from 48 completed innings. Last season he batted 18 times for Lancashire, made a highest score of 31, and averaged 9.44. He has a year left on his contract. 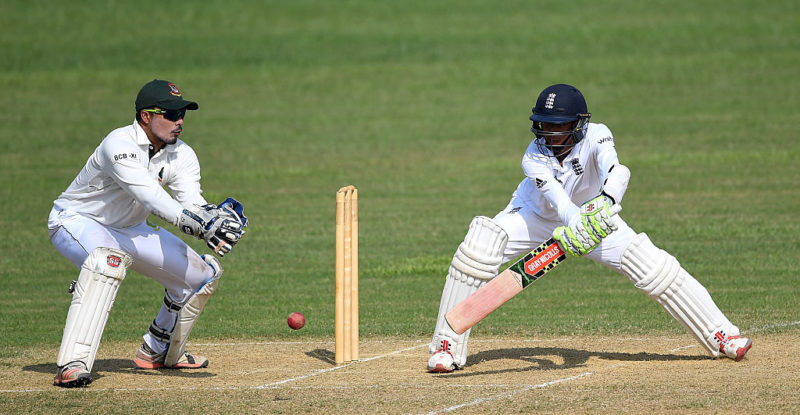 Paul Allott, Lancashire’s director of cricket, is as flummoxed as anyone else. “We’ve given him every opportunity to get himself back to where we think he should be. This winter he’s been to India off his own bat, to the coach that he was with two years ago when he had such a glorious introduction to county and English cricket – but I sent him on the proviso that he got away from that and went somewhere else, so we fixed him up to play some club cricket in Wellington, New Zealand.

“He played a couple of three-day games out there in Wellington trials. He’s not scored the number of runs that he would have wanted – he’s not done badly, but he’s not scored mountains of runs. Now he’s back training for the start of the season. And we have our fingers crossed.”

Hameed’s class is not in question. In that first full summer in 2016, he batted for longer than anyone else in the first division. At one point, across a six-week run, Hameed took hundreds off Notts, Warwickshire and, famously, two in the same match against Yorkshire, with the second hundred coming up in 124 balls – the first Lancastrian ever to hit two in a Roses match.

In each of those matches lurked a Test-match spinner. The hundred against Warwickshire came against Jeetan Patel, the most complete slow bowler in England, at Old Trafford, where it turns big. 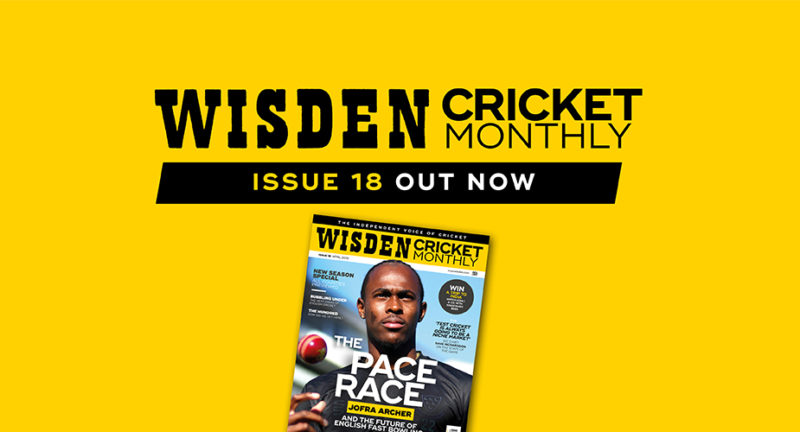 “There was a massive foothole there,” he told me, just after that innings. “You couldn’t just lunge at the ball, with the close catchers that they had around. It was only gonna be a matter of time before you holed out. So for me it was a case of judging length quickly and then using my feet and not getting stuck on the crease. I don’t really sweep much, I try and play each ball on its merits and not to pre-meditate much, look for the gaps and manipulate the ball.” Patel bowled 38 overs in that innings. Hameed, seemingly as old as the hills, repelled them all.

Young, sparky, working-class, and bats like a dream. Two years later he’s hanging on to his career

Hameed is from a tough part of Bolton. A child prodigy, he bagged a scholarship to Bolton School and kicked on from there, becoming an established local hero long before the rest of us got wind of him. In another early interview I remember asking him if his new-found fame had changed his life. He shrugged and smiled. “Not really. Round our way everyone knows me anyway.”

Back then he was easy to locate and happy to talk. He spoke about the value he placed on his wicket (“I don’t just want to come off once in every seven innings”) and his deep desire to learn: “I’m an opening batter at the age of 19 coming up against some high-quality opposition, so at times it’s not gonna be easy to just go out there and hit boundaries left, right and centre”.

He spoke easily, a lot, and well. He was indisputably a star.

After that India debut, there was unprecedented media attention around him. A breakout story for a game desperately looking for one. The subject of Sunday supplement magazine features, leaning moodily against graffitied walls. Young, sparky, working-class, and bats like a dream. Two years later he’s hanging on to his career. 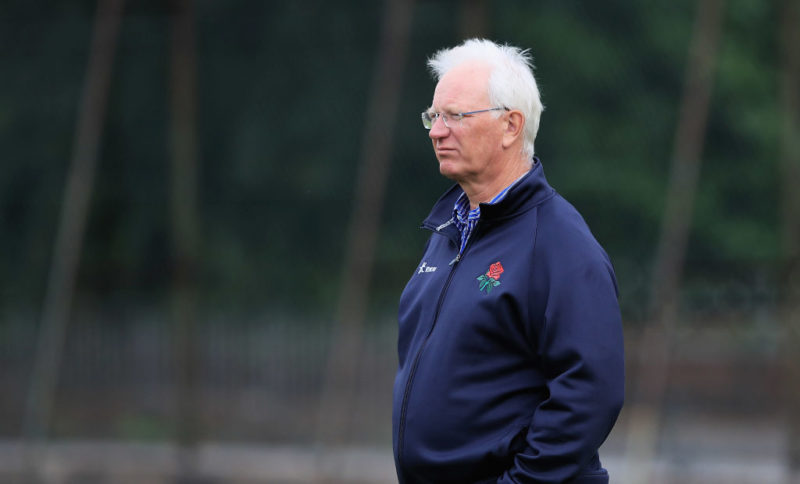 Paul Allott has his “fingers crossed” that Hameed can come again

“He’s got six months left on a contract,” says Allott, “and he’s not scored a run for two years. Not only is he a million miles away from England, he’s hanging on by his fingertips at Lancashire.”

There’s no such thing as a sure thing in cricket. Form can just pack its bags one day and never come back. And that knowledge, terrifying as it is, can upend anyone. A former England batsman told me once of an occasion when he was batting in a home Test match. Not only did he not want to be there; he no longer understood why he was. He was so addled that when he came to look down at his bat in his stance, he found he hadn’t the faintest idea how to pick it up. The brain had brought upon a kind of physical stasis. He never played for England again.

If cricket is played in the mind, Hameed’s cerebellum must be about to combust. In a game obsessed with theory and practice, an overload of one can lead to too much of the other. One school of thought doing the rounds has it that Hameed, in his desperation, and driven by a full-on family environment, may be pushing himself too hard. 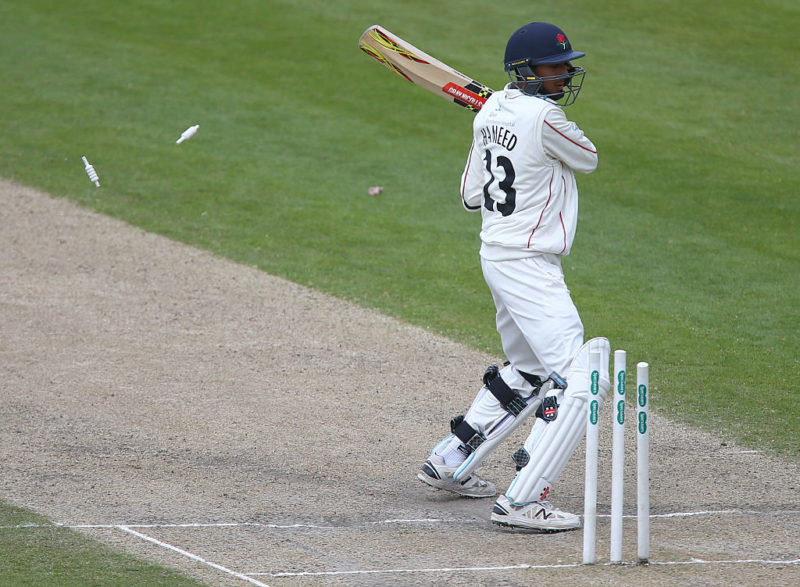 Hameed has struggled in county cricket since his England debut

His first-class average still rests just north of 30. For a 22-year-old, that’s not bad by any means. This season he’ll be playing in the second tier, after Lancashire’s choking end to last season, relegated in the final week of September after they fell 27 runs short of the bonus point that would, in the end, have kept them up.

Division Two cricket should theoretically be easier. But opening the batting in England even at the best of times can seem like a fool’s errand, and the pitches will be poorer, as will the intensity of the occasionally enervating cricket. Anyone with an ounce of soul will be watching closely – desperate that he gets a chance, and a score, early.

How’s he coping with it all? “Oh, he’s fairly phlegmatic about it,” Allott says. “He works hard, he trains hard, he practises harder than anybody else.

“We try everything. We literally try everything. But at the end of the day, the currency for opening batsmen in cricket is runs. If you score runs you’re fine, and if you don’t, you’re f***ed.”

You can read Phil Walker’s full Lancashire season preview, part of a 20-page county special, in issue 18 of Wisden Cricket Monthly, out now. Buy it here.