As the Vitality Blast heads towards the backend of the group stages, here is your guide as to who is already through to the quarter-finals, who has a fighting chance and who cannot qualify in the South Group.

The tie against Hampshire yesterday leaves Essex with a decent chance of qualifying, but they must win their last two to stand a chance. On top of this, Somerset, Middlesex and Hampshire must all fail to win at least one of their last two. 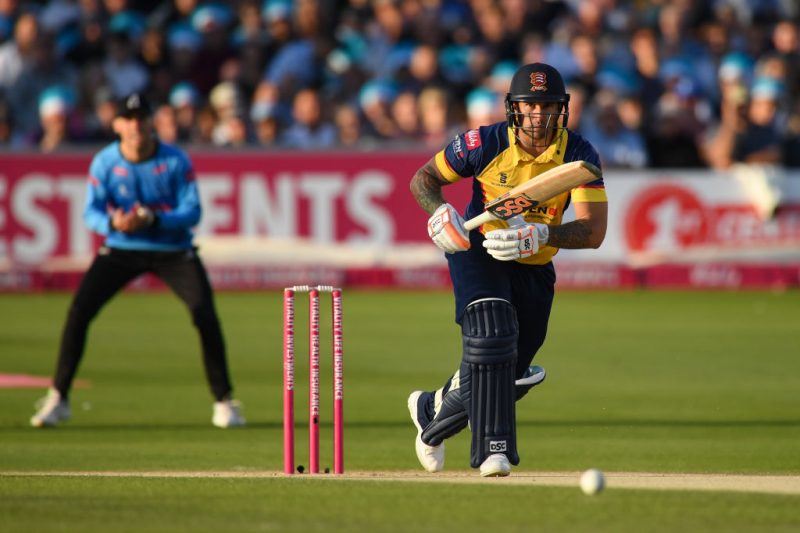 Was Cameron Delport’s 38-ball century the innings of this year’s Blast?

GLOUCESTERSHIRE – Kent (A), Sussex (A)

Gloucestershire will be guaranteed a quarter-final place if they win their remaining two, and could even top the table if Glamorgan beat Sussex tomorrow. A win against Kent would all but guarantee progress – but one possible run of results could still see them miss out on run rate (Somerset beat Surrey and Middlesex, Hampshire beat Middlesex and Glamorgan, Kent beat Essex).

Watch all of the action from Gloucestershire’s superb @VitalityBlast victory against rivals Somerset on Friday night in front of a sell-out crowd!!

Not only can Glamorgan not qualify for the quarter-finals, they are also mathematically rooted to the bottom of the table, having won precisely none of their twelve games in the competition so far.

Yesterday’s tie against Essex means that Hampshire are in with a strong chance if they can win their next two, but they will fall short if Kent and Somerset win both of theirs, and Gloucestershire beat Sussex.

Kent will qualify if they can win both these games, which take place on consecutive days. It’s even possible for them to qualify if they lose twice, but that would leave them relying on Glamorgan. Victory over Gloucestershire would see them all but qualified, though they could still miss out on run rate – if Essex and one of Somerset and Middlesex win their remaining two, and Gloucestershire beat Sussex.

💥✍️ | We're delighted to announce the signing of South Africa captain @faf1307 for the rest of this year's @VitalityBlast, subject to regulatory approval#FafIsASpitfire#SuperKenthttps://t.co/lb7QLoeAgo

MIDDLESEX – Hampshire (A), Somerset (A)

Middlesex can qualify if they win just one of these, but that would require Surrey to beat Somerset and Gloucestershire to lose both their fixtures. If Middlesex win both, they will qualify.

Somerset will qualify if they win both. If they lose both, they are out. If they win just one, there are frankly too many permutations to go into here, but it would be better to drop points against Surrey than to drop them against Middlesex.

Surrey must win both of these games, and if they do then they could squeak through on run rate. They rely on either Kent or Gloucestershire losing both their games, as well as either Somerset or Middlesex. Surrey will play Somerset at the Oval on Tuesday evening.

Sussex supporters can relax and enjoy the closing week of the group stage, in the knowledge that their place in the quarter-finals is already confirmed. A win in either of their two – and you would expect them to beat strugglers Glamorgan – would see them top the table.