Fast bowler Craig Overton became the second Somerset player in as many days to claim a hat-trick as Somerset claimed victory over Nottinghamshire at Taunton – and this one was extra special (sorry, Tom Abell).

After Abell’s hat-trick on day two, England international Overton followed suit in the second over of the third day in Somerset’s final Specsavers County Championship outing of 2018.

Craig Overton has a hat-trick with all three wickets caught by Marcus Trescothick!

Ben Slater (49), Samit Patel (0) and Rikki Wessels (0) were the victims in Somerset’s 20th hat-trick in Championship history, and it proved a memorable moment as Somerset legend Marcus Trescothick grabbed all three catches at second slip in a remarkable passage of play. 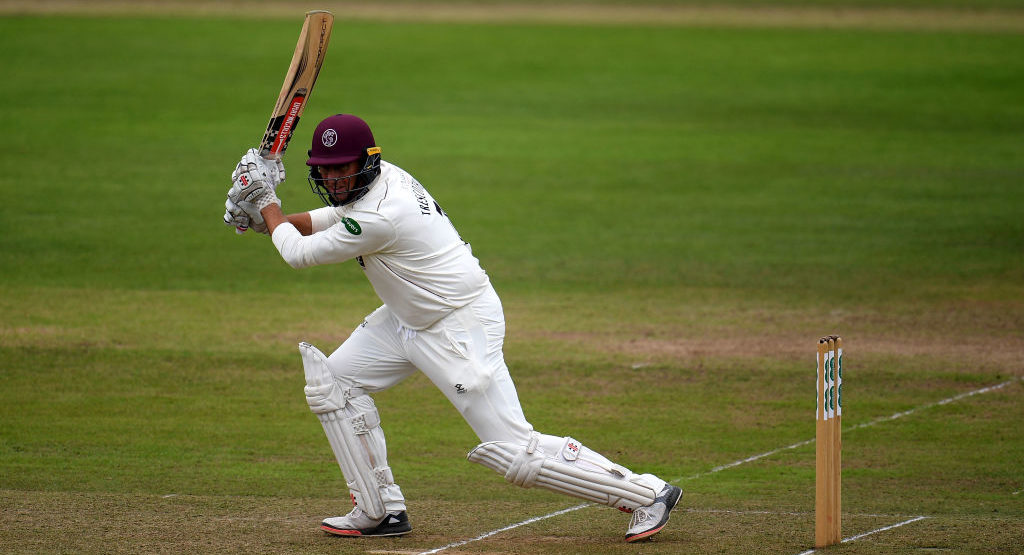 Marcus Trescothick has penned fresh terms with his beloved Somerset

The former England international’s three grapples came the day after the 42-year-old announced he would be penning a new one-year deal at the county, with 2019 set to be his 27th campaign for the Taunton-based club. Incredible.