Contrary to what kids these days think, pacemen didn’t always pick wickets as they pleased on Indian pitches. However, a few months short of a decade ago, Dale Steyn picked seven, and the world was shocked.

This wasn’t how it was supposed to go. A pace bowler takes seven wickets in an innings in the subcontinent? Against India in India? In 2010? Even at a time when India were far removed from their present near-invincible self, that was hard to comprehend. This was a batting line-up comprising Virender Sehwag at his free-flowing best, Sachin Tendulkar in perhaps the best phase of his career, and younger, faster, fitter versions of M Vijay, MS Dhoni and Gautam Gambhir.

But, of course, that applied to the opposition as well. South Africa had posted 558/6 declared in the first innings, with Hashim Amla scoring 253* and putting on 340 with Jacques Kallis. They had done enough to suggest there was nothing on this pitch for the bowlers, and there really wasn’t. But Dale Steyn … he was something else. He had video evidence of the ball pulling a bank job, and he blackmailed it to do as he pleased. 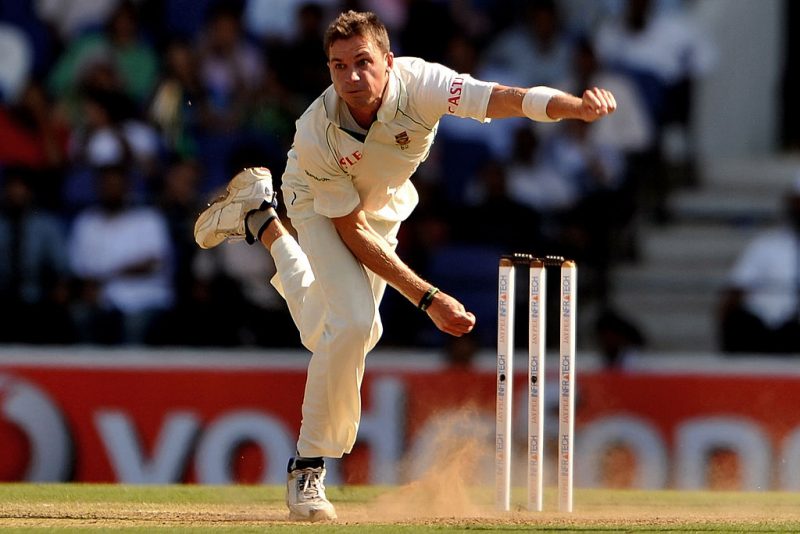 And what pleased Steyn? Reverse swing. At over 140 clicks. The Indians felt the full brunt of Steyn’s lethal combination of pace and movement, and apart from Sehwag, who scored 34 off the 38 deliveries he faced off Steyn, the Indians didn’t have an answer to him. Vijay was the first of his seven, and the batsman was made to look a bit sheepish – he shouldered arms, only to see Steyn nip it in off the seam and clatter the stumps.

Not long thereafter came the big wicket, of Tendulkar. Length delivery, around middle and off, and moving away. There was little Tendulkar could do, having already committed to a drive, and Steyn’s smile, with the trademark tongue popped out, said it all. However, Steyn’s best was yet to come. The ball had to be changed – perhaps given the whacking it had received from Sehwag, who scored 109 – and with the replacement ball, Steyn was unstoppable.

India were missing Rahul Dravid and VVS Laxman, and it showed. Steyn took a brilliant 5-3 from his three overs, that inswinger off the seam repeatedly being employed. India lost their last six wickets for 12 runs. And when he had his seventh and final wicket, of Harbhajan Singh, he ran to the umpires, asking for the ball. It was his.

South Africa went on to win the Test by an innings, but all anyone could talk about was Steyn. There were comparisons to bowling greats – Malcolm Marshal was a name repeated often – but what made it most pleasing was how it wasn’t a one-off. There would be more of these bursts, against England and Australia and plenty of other teams, some of them comprising the world’s best. None of them, however, was ever quite like Nagpur.

Steyn had a cheeky smile after his first wicket. He had set up Vijay for that wicket, and there’s quite nothing like the feeling of your plans coming to fruition. Vijay had been dismissed in one of the more embarrassing ways a batsman can be sent off – shouldering arms to be bowled – and Steyn later said: “I worked Vijay out quite nicely with two balls that went away and then brought one back in which he left,” he said. “That kind of stuff just doesn’t happen out in the middle. We really planned it.”