While conventional wisdom might have suggested restraint against the world’s No. 1 bowler, Australia chose to attack Jasprit Bumrah, and it paid off spectacularly.

The 25-year-old is the No. 1-ranked ODI bowler in the world. Since January 2018, he has been India’s highest wicket-taker among fast bowlers in three of the four ODI series he has taken part in. Bumrah finished 2018 with 22 wickets at 16.63 – the most among Indian seamers.

Ahead of the home series against Australia, a well-rested Bumrah, who was kept out of the ODIs in the tour of Australia, was expected to be India’s strike bowler, especially at the death, while spinners took charge of the middle overs. 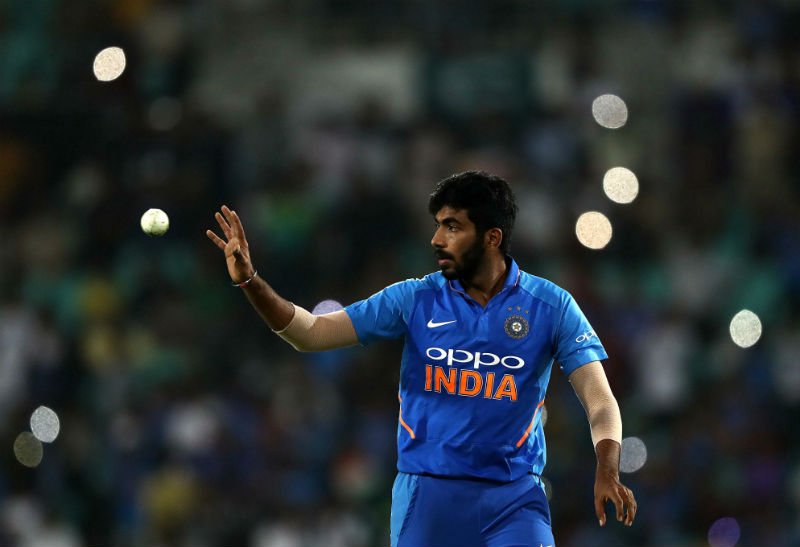 Bumrah’s bowling average against Australia is 31.85

Bumrah finished the Australia series with seven wickets from five matches, but at an average of 34.85 and a strike-rate of 41.8. On Australia’s last limited-overs tour of India, in 2017-18, Bumrah had scalped five wickets from four games, but at 32.40. So, have Australia figured out how to neutralise Bumrah? Not entirely, given that he still has the wickets, but they surely know how to tackle him.

Australia’s methods against Bumrah in this series were two-fold – go after him in the first Powerplay and at the death, and play him out in the middle overs. This trial began in the first Twenty20 International in Visakhapatnam, where Bumrah’s 3-16 almost derailed Australia’s chase of 127, before the lower order won them the game off the last ball.

Australia were quick to make amends. In the second T20I in Bengaluru, where Glenn Maxwell made a spectacular 113*, Bumrah was hit for 12 runs when Australia needed 44 off the last four. Instead of playing him out and taking on the less-experienced Siddarth Kaul, Maxwell tuned up the pressure on the rookie Kaul by attacking the strike bowler. Australia won with two balls to spare.

“I was always trying to attack him [Bumrah],” Maxwell said after the match. “I think we needed 43 or 44 off the last [four] overs and he came back on. I suppose it was a key over. If that only went for four or five, suddenly you need 13 an over. And it only takes six good yorkers from him to push that up to 18-19. That can be quite difficult to get in the last two overs, or the two other overs [at the other end]. So I was just hoping he missed a couple of times and wanted to pounce on that.”

At one point last year, Australia had won just two of their last 21 ODIs.

Now, after overturning a 2-0 deficit in India and with Warner, Smith and Starc still to return, they're peaking at the right time ahead of the World Cup, argues @Yas_Wisden.https://t.co/TPMEdYoXfQ

This would become the template for Australia’s success, but they took some time to recognise it. In the first ODI in Hyderabad, Bumrah conceded 10 fours and gave away 60 runs off 10 overs – the most expensive figures for a bowler from either side. But his last spell of three overs went for 18. Australia could only manage 236-7. They lost.

In Nagpur, Stoinis chose to play out Bumrah’s final over, with 21 needed off 18, and took only one run. In the final Powerplay, Bumrah grabbed two wickets and conceded five runs in three overs. It left Australia with 11 to get off six, and set the stage up for Vijay Shankar to pick his first ODI wicket(s). Australia lost.

In Ranchi, Australia seemed to have learned their lesson. Bumrah went wicketless for 53 runs as Australia put up 313. Seventeen runs came off his last two overs. In Mohali, his last 11 deliveries cost 19 as Ashton Turner demolished India. And in Delhi, 25 came off the last two, after just 14 in the first eight. Australia won all three games and the series.

“With Bumrah, we’re respecting him as much as possible. We’re just trying to play good shots against him,” Peter Handscomb had said after his maiden ODI hundred in Mohali. “I wasn’t out there with AT [Ashton Turner] at the back end of the innings, but they played him nicely. We are looking to hit strong shots against him as well.”

A fantastic turnaround after finding themselves 2-0 down earlier in the series.

Having won just two of their last 21 ODIs at one point last year, they're finding form at the right time ahead of the World Cup.
#INDvAUS | #INDvsAUS pic.twitter.com/mO2c3jxkbR

Bumrah’s strength lies in his pace and accuracy that effectively take the pitch out of the equation. Three batting-friendly surfaces were served in the last three Australia ODIs. Australia breached 300 twice, and in each of the games, went after Bumrah.

The frustration got to Bumrah, when in Delhi, he threw the ball back at the striker Jhye Richardson after having collected it on the follow-through. The ball hit the stumps and ricocheted to the third man boundary for four overthrows. Before that, he had just been hit for two fours, and would go on to concede two more and a total of 19 runs in the over.

It was quite unlike Bumrah, who shows immense composure under pressure. It was a sign that Australia had got under the skin of the world’s No. 1 bowler.