India’s U19s; might have fallen short of winning their fifth World Cup title, as they went down to Bangladesh in a closely fought final in Potchefstroom. Nevertheless, there were several positives that came out of their dominant run to the final. We take a look at the major takeaways from their campaign.

They were looked at as one of the top contenders to lift the title at the start of the U19 World Cup 2020, with all departments well covered. Their unbeaten run to the final had a bit of both: flair and the ‘never give up’ spirit in challenging situations. Here are the four key highlights that summed up their impressive run:

For those who knew about Yashasvi Jaiswal’s inspirational journey to the India U19 World Cup squad, his returns in the competition wouldn’t have come as much of a surprise. After all, he’d shown his immense appetite for runs and the ability to score big by registering a double ton in his first-ever List A tournament. 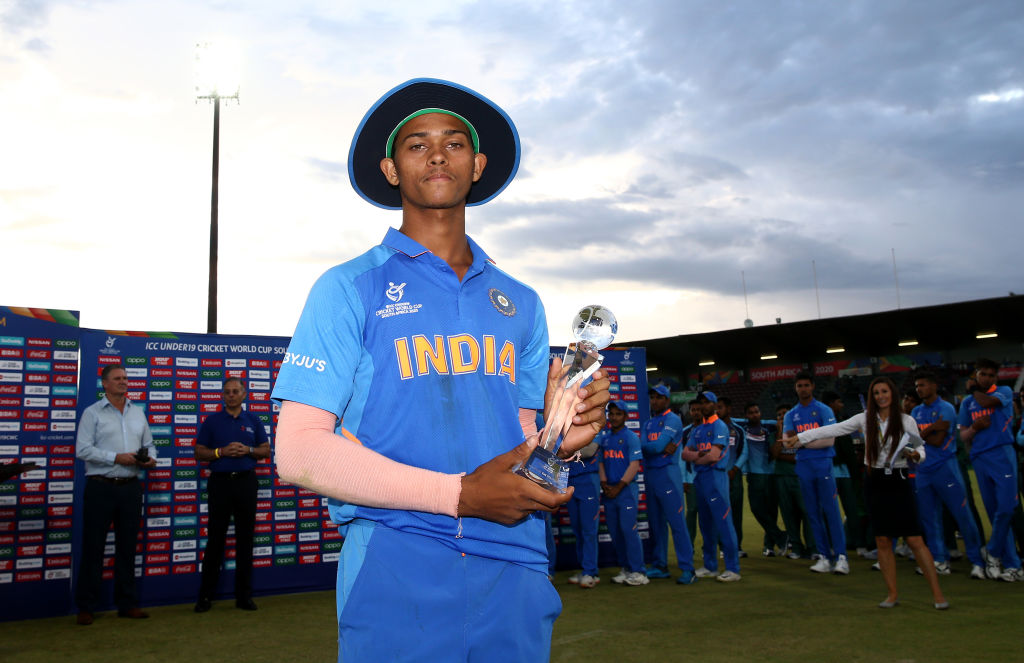 The left-handed opener demonstrated impeccable consistency throughout the World Cup, registering scores of 59, 29*, 57*, 62, 105* and 88. Each of those unbeaten knocks had come in successful run-chases, where he and his opening partner Divyansh Saxena put up unbroken partnerships of 42, 115 and 176 against Japan, New Zealand and Pakistan respectively. While his hundred in the semi-final clash against Pakistan was a product of flair, the 88 runs he scored in the final were symbolic of his technical proficiency and determination. In a game where no other batsman crossed fifty, Jaiswal showed great application while battling it out against the aggressive and disciplined Bangladesh bowling, and ended up scoring nearly half of the team’s eventual total.

It was his wicket in the 40th over that proved to be one of the game’s decisive twists, as India collapsed from 156-3 to 177 all out, falling well short of a par score.

The youngsters bundled out their opponents in five of the six games they played in the competition: a result brought about by the consistency of their pace trio of Kartik Tyagi, Akash Singh and Sushant Mishra, who collectively bagged 25 wickets. Tyagi’s raw pace and ability to move the ball worked superbly with Mishra’s left-arm medium pace. Akash Singh often came in as first change and his sharp in-swinging deliveries to the right-handers gave little respite to the opposition. 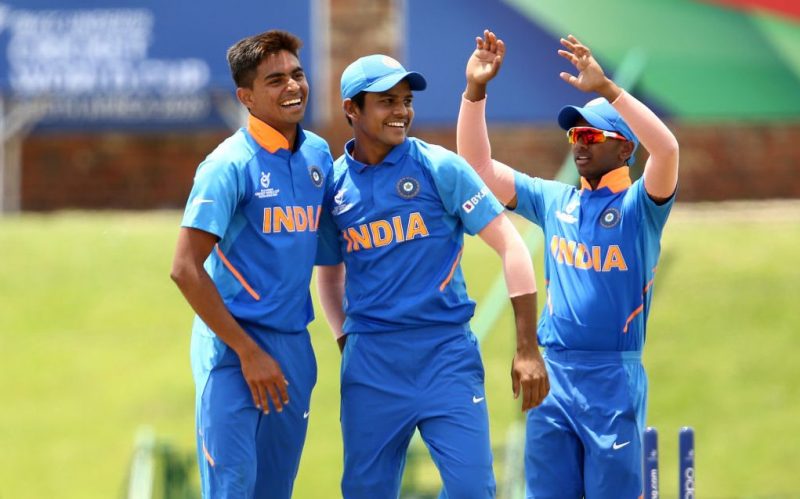 Their impact was felt throughout the tournament, but the finest hour came in the quarter-final against Australia, where Tyagi and Akash shared seven wickets to help India clinch a 74-run win while defending 233. Tyagi bagged 11 wickets in all at 13.91, finishing as the third-highest wicket-taker among the quick bowlers in the competition. With the senior team’s pace attack currently boasting of great quality in Jasprit Bumrah, Mohammed Shami and the rest, the U19s have showed that the future, too, is in good hands.

Though the fast-bowling attack made a significant impact for India, Ravi Bishnoi‘s wrist spin stood a class apart. Bishnoi was among the wickets in each of the six games and finished as the highest wicket-taker in the competition, with 17 scalps. He was skipper Priyam Garg‘s go-to man throughout India’s campaign, bowling more overs than any other Indian bowler. His astounding figures of 8-3-5-4 against Japan helped bundle the opposition out for 41, the lowest total in the tournament. 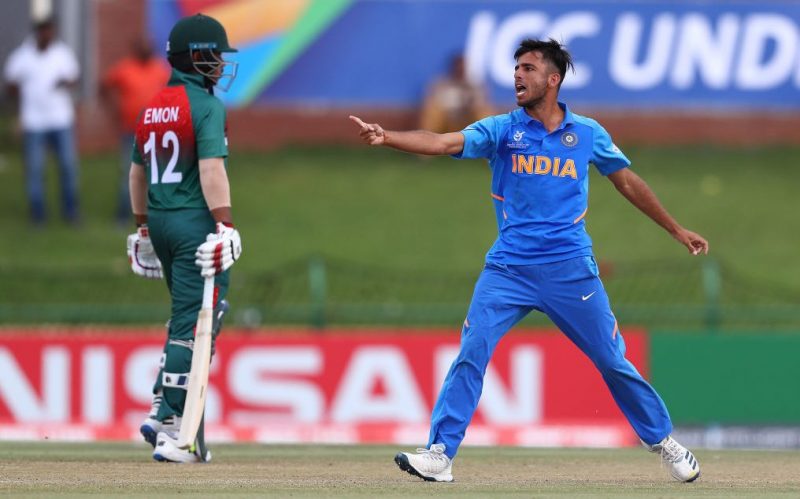 Ravi Bishnoi led India’s charge in the final against Bangladesh

When Bangladesh’s openers threatened to take the game away with a 50-run stand during their chase in the final, Bishnoi weaved his magic, bagging four quick wickets to reduce the opponents to 65-4. The key feature of his approach was his body language that was visibly intense and aggressive, normally attributed to a fast bowler clocking above 140kph. In some ways, it was reminiscent of a certain aggressive leg-spinner from the recent past, who began his journey in the same competition more than two decades ago, and went on to pick 293 international wickets for South Africa.

The ruthless intent and the persistent fight

India’s approach was relentless in the competition and they streamrolled their opponents in four of the six games. When the going got tough on two other occasions, Priyam Garg and his men were up with a fight with an ever-positive mindset. In the quarter-final against Australia, they had slipped to 144-6 in the 38th over, before Atharva Ankolekar’s unbeaten 55 and Bishnoi’s 30 got them to a decent score of 233-9.

That recovery, in a way, could’ve demoralised their opponents, who slipped to 4-3, and subsequently 68-5, in the chase. A sixth-wicket stand between Sam Fanning and Liam Scott threatened to take the game away, but once that was breached, it took India a little more than three overs to clean up the tail.

They didn’t have the luxury of a big score in the final, but their perseverance kept them in the hunt throughout. The skipper couldn’t be more proud.

“The boys put up a great show, but the results didn’t go our way,” Garg said after the final. “Even with such a low total, we made it difficult for them, and I would like to thank my team for that. Our bowlers responded pretty well and Bangladesh batted well. Very pleased with our bowlers. It’s a good experience playing here in South Africa.”