Marylebone Cricket Club (MCC) president Kumar Sangakkara speaks to Taha Hashim about the message he hopes the club can send with the tour of Pakistan.

Sangakkara is reflecting on the events of March 3, 2009, when a bus carrying him and his Sri Lanka teammates to the Gaddafi Stadium in Lahore was attacked by terrorists. Six policemen and two civilians were killed in the attack, with several players wounded. The players did eventually reach the ground, but not with any thoughts of the third day’s play in the second Test. Just survival.

On Friday, nearly 11 years on, Sangakkara returned to the Gaddafi Stadium not as a Sri Lanka batsman, but as president and captain of the MCC, emboldened with one task: to support the return of international cricket to Pakistan. Under the floodlights in a T20 against Pakistan Super League (PSL) side Lahore Qalandars, his men triumphed by four wickets, with 18,000 people watching on.

#OnThisDay in 2009, a bus carrying Sri Lanka’s Test side was attacked by terrorists in Lahore. In the 2010 @WisdenAlmanack, @scyldberry and @NagrajGollapudi recalled the events of that horrifying day. https://t.co/KtDHzGYCYx

The visit of the MCC marks the continuation of a period of hope in Pakistani cricket. In December, it was Sri Lanka who marked the return of Test cricket after a decade in the wilderness with a two-match series. And after a fair amount of back and forth, Bangladesh followed their lead, visiting for three T20Is in January and a Test earlier this month; they will return in April to round off the tour with a one-off ODI and second Test.

The MCC’s tour precedes the start of the PSL, which, for the first time in its existence, will be held entirely on home soil. Sangakkara is leading a 12-man squad fitted with county pros, with the Qalandars game followed by three matches at Aitchison College against Pakistan Shaheens, Northern and Multan Sultans. The message is clear even if Sangakkara is unwilling to be cast in the role of preacher.

“The MCC’s not here to point fingers at sides and pound it in to other countries to say come and play,” he tells wisden.com. “Our job is to enjoy our experience here, play the best cricket, make the best connections and that will go a long way towards raising the confidence of teams to come here. International cricket does need to come to Pakistan. It’s a cricketing powerhouse and to support that is a privilege for the MCC.”

Think of the MCC and it’s easy to lose yourself in visions of manicured lawns, bacon-and-egg ties, and 233 years of history and tradition, but the institution has modernised in recent years to maintain its place in the heart and soul of the game. No longer is the Marylebone Cricket Club a byword for antiquated stuffiness. “The MCC are stewards of the game, guardians of the spirit and laws of the game. It’s a truly international cricket club. Ancient, yes, but relevant in what it does. Tradition and history is important, but legacy is as well.” 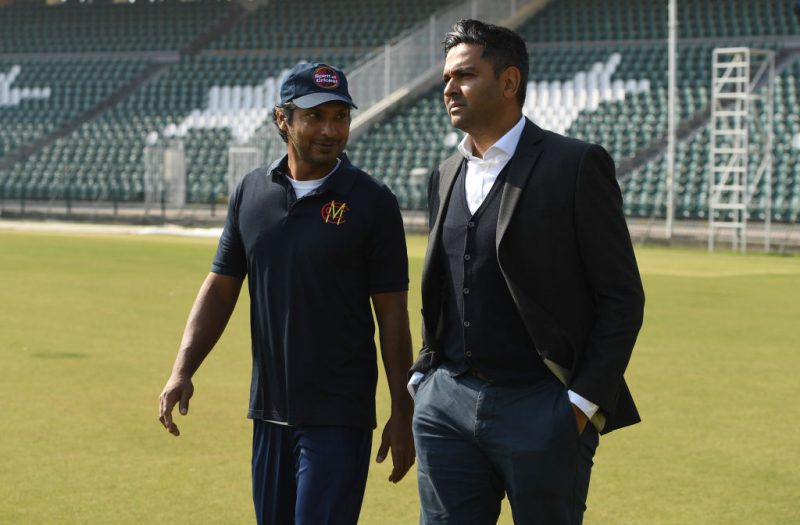 Sangakkara places credit at the door of Pakistan Cricket Board (PCB) CEO Wasim Khan, who outlined plans for the tour to the MCC’s world cricket committee last August.

“The passion that Wasim had to make this happen, the passion he has for Pakistan cricket and his role within that to bring international cricket back, was contagious. They [PCB] did everything in their power to make sure the right security protocols were in place.”

The symbolism of Sri Lanka’s visit last year and subsequently his own isn’t lost on Sangakkara. He recognises the brotherly relationship between two nations that have always shared a sense of empathy. When Australia and West Indies refused to play their scheduled group games in Sri Lanka at the 1996 Cricket World Cup due to security reasons, a combined XI of Pakistan and India players took on the eventual champions in Colombo in a one-off match prior to the start of the tournament. Like now, the message was clear. “For Sri Lanka and Pakistan, our relationship has always been very strong. Those players were so supportive, playing through thick and thin. It’s great that Sri Lanka keeps that support up.”

It’s now the turn of others to notch their name down as not only players, but as ambassadors of something bigger. The MCC squad, featuring the likes of Ravi Bopara and Roelof van der Merwe, has been put together by head coach and former England quick Ajmal Shahzad. With just a daily stipend provided to the players, Shahzad initially thought it would be tough going getting a group together. He was wrong.

“Initially when you’re going into this type of thing, you’re thinking: professional cricketers get paid,” says Shahzad. “You think it’s a difficult task, that you’re going to be out there asking players for goodwill, with no money on offer. But I’ve got to be honest with you; even the expenses were just a bonus for the boys. It’s just ‘Thank you, we want to get away from the cold and training indoors. Let’s see life through a different lens and take in a different culture’.

“It’s unbelievable. These guys will go down in history. They’ll be the team that came over, and that will pave the way for more international teams to come over to Pakistan.”

For Sangakkara, there was a level of uncertainty as to how he was going to feel returning to Lahore. But the public support has been beyond welcoming. “There were a lot thank-yous. It’s amazing how much they miss cricket being played by international sides in Pakistan and seeing the best of their players at home.

“I have no demons in terms of that incident, my relationship with the sport and on the coming of this tour to Pakistan. Yes, it did prevent me for 10 years but you have to take a leap of faith, and you have to keep believing that this game transcends the divisions and limitations that we sometimes place on ourselves.”