With the current Ashes Test being held there, Michael Rudling looks back at some of the most evocative Ashes Tests to have been played at Headingley.

The first strike of see-saw Headingley. England took the score to a dominant 423-2; Australia fought back and kept it to 496. Australia replied with 68-3, which became 458. The home side took back control with a pacey 365-8, before two men at opposite end of their careers, 26-year-old Arthur Morris and 39-year-old Donald Bradman, to pummel a 301-run second-wicket partnership (still the highest-ever in the fourth innings of a Test), driving Australia to a seven-wicket victory. The Invincibles won 4-0, with Morris their leading run-scorer, and Wisden recording how “English cricket pride went reeling round the ring”.

The Leeds chase was the only time Bradman was outscored by a teammate in an Ashes series, but it still proved to be a special hurrah to a love affair with the ground that began with a career-announcing triple hundred in a day 18 years earlier. “I have learned to appreciate both the players and the public of Yorkshire and I know I shall never cherish any memory more than the reception at Leeds at the Test here,” he later said. “Not only was it the greatest I have ever received in this country, but the greatest I have ever received from any public anywhere in the world.”

Australia were 1-0 up and cruising at 187-2. Without spearhead Brian Statham, England’s hopes rested on the self-proclaimed “greatest bloody fast bowler that ever drew breath”. Fred Trueman heard the call for help and obliged with 5-58 in a spell, reducing Australia to 237, only for miserly Australian spinners Richie Benaud and Alan Davidson to keep England’s lead to 62, a precarious position, given England had to face Benaud in the fourth innings. Australia got right back in the game at 99-2, but ‘Fiery Fred’ had his say once more, taking six wickets in a spell to keep Australia to 120, setting up an easy England chase. 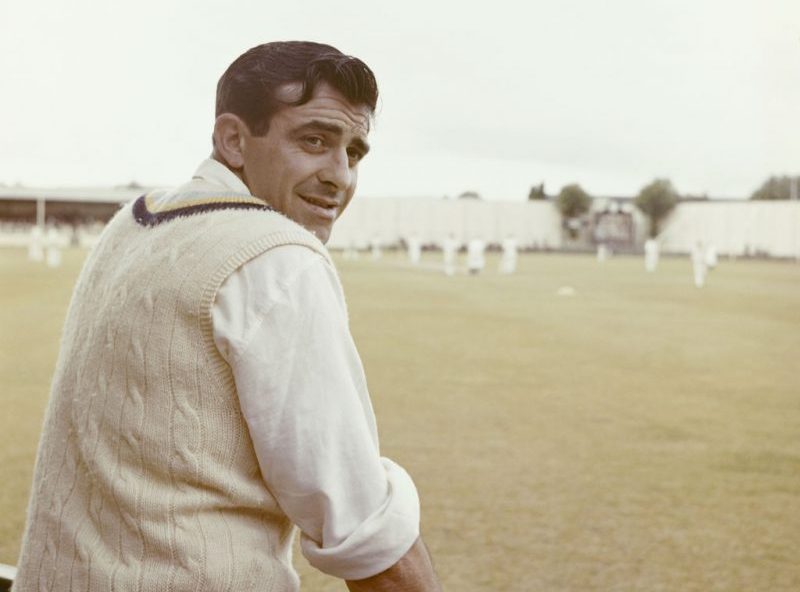 England won by an innings and 85 runs

A Boycottian fairy-tale. Three years after the eternal Yorkshireman first exiled himself from England duties, he returned for that summer’s Ashes. He made a century at Trent Bridge (running out local hero Derek Randall in the process) and moved to Headingley for his second game back on 99 first-class hundreds. He was dropped on 22 by Rod Marsh, survived a huge caught behind appeal on 80, but carried on, duly reaching his hundred in the evening session with an on-drive off Greg Chappell. 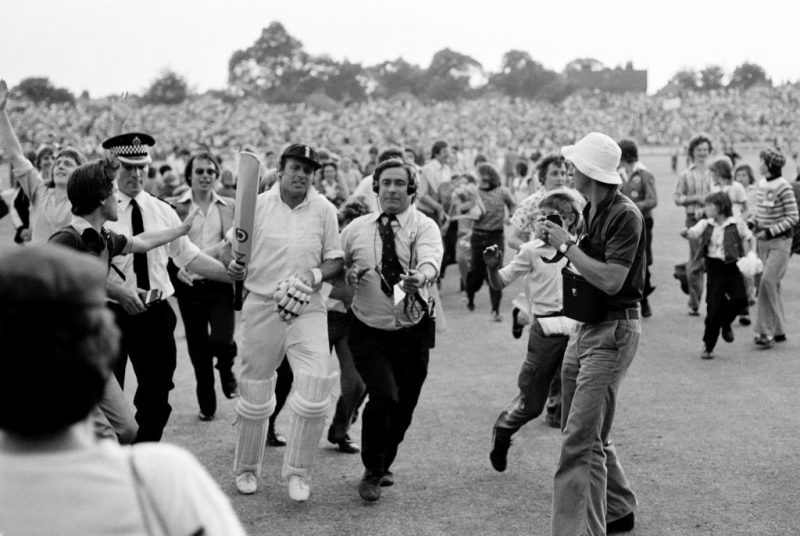 Boycott races off the field at the end of the day

For those watching at home, the local hero was soon lost from sight, as he was stormed by hundreds of ecstatic fans. One of them even stole his cap, and play was halted as the ever-stubborn opener refused to continue until it was returned. “If you’d told me I’d be making my hundredth hundred at Headingley against Australia, I’d have said you were crackers,” he said on the balcony afterwards. He ended on 191, and England won the Test by an innings.

Bob’s Ashes. 1-0 down with three to play, England faced a 227-run deficit in the first innings, and were asked to follow on. The game looked all but gone at 105-5, and with England 500-1 underdogs, Dennis Lillee and Rodney Marsh hurriedly sent a lackey down to the bookies. But then Ian Botham flashed a belligerent 149*, the all-rounder dragging England to 356, and although Australia remained in charge, reaching 56-1 chasing 130, there was one final twist. 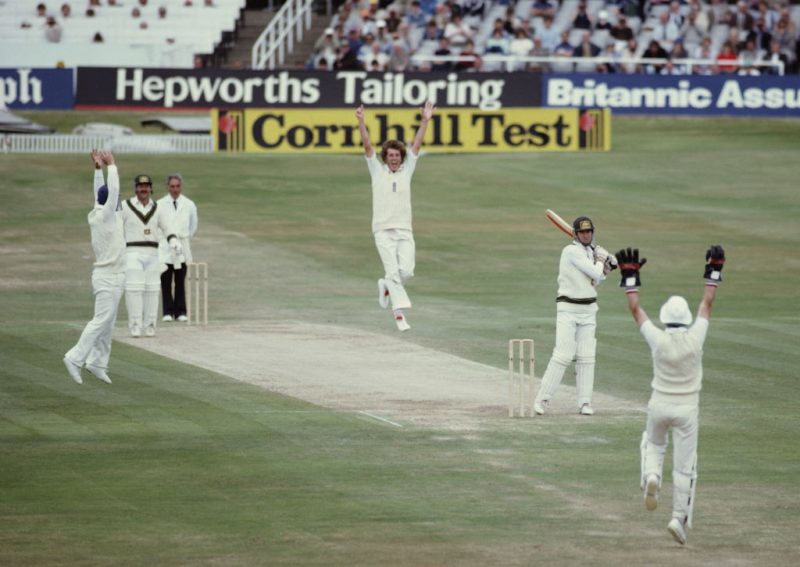 In an act befitting the grumpy cricket judge we see today, Bob Willis asked to bowl down the hill at Headingley. His wish granted, bustling Bob entered a zen-like state, stormed in, right arm wagging ferociously in the breeze, and took 8-43 to see England to a remarkable 18-run win. And he wasn’t even Player of the Match…

Australia won by an innings and 148 runs

England hadn’t won in 10 Tests, and Australia looked set to take the urn back home. There did remain a small beacon of hope: Headingley was a graveyard for Australian batsmen, a pitch that Wisden claimed “transforms the tidy English seam bowler into a monster”, a ground where captain Graham Gooch had two Test hundreds in two years, where England beat the mighty West Indians in 1991. It became apparent quickly that the past would not be repeating itself. 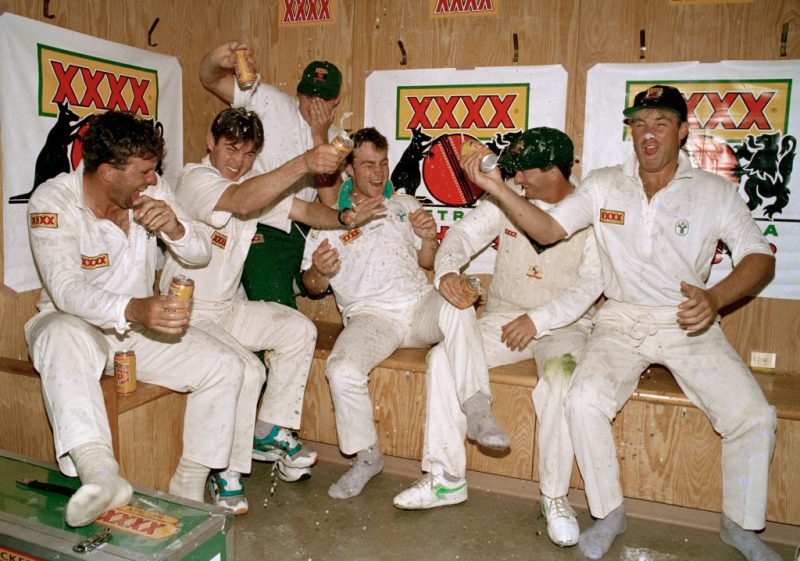 Following complaints from county umpires, a newly laid strip was used for just the second time in first-class cricket, one on which Australia racked up 653-4 in an innings that stretched into the third day. Three of the top-six scored hundreds, with Allan Border amassing 200 in nearly six hours. Paul Reiffel and Merv Hughes then rolled England for 200. Alec Stewart and Michael Atherton’s second-innings fifties added little consolation to a crushing innings defeat and a humiliating third Ashes series loss in a row. For anyone expecting a low-scoring thriller at Headingley this week, let this be a warning. 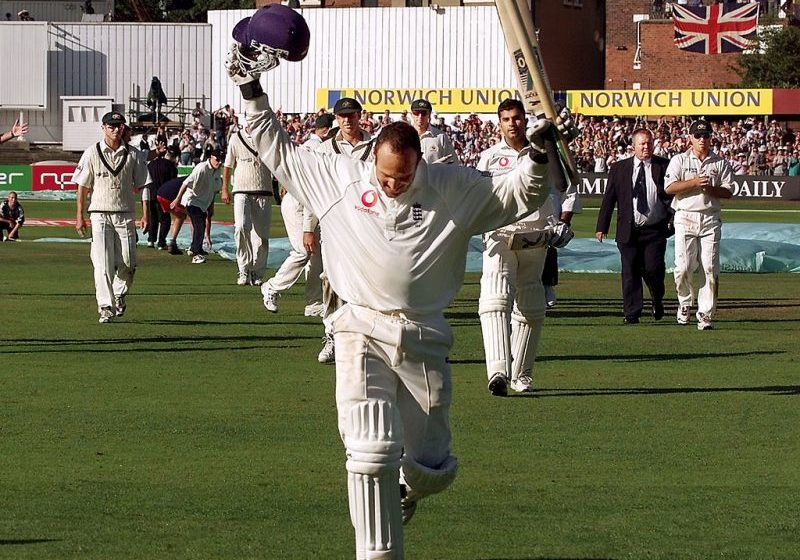 Mark Butcher leaves the field having played a match-winning knock

The Ashes gone yet again, England were 3-0 down with two to play and staring at the prospect of a first whitewash since 1921. Having been outplayed for three days, England were generously set 315 to win on day five, a task that looked impossible when both openers fell early.

Step forward Mark Butcher, a man averaging 26 in Test cricket at the time, to blaze a coffee-and-tobacco-fuelled 173*, guiding England to an unlikely victory and bringing a flicker of light to a horror series. And all against Warne, McGrath, Gillespie and Lee: perhaps the finest Ashes attack ever compiled.