Before the Ashes, he was tearing it up for Glamorgan. Taha Hashim explores the rise of Marnus Labuschagne.

Lord’s. Day five. Australia are 19-2. England have set them a target of 267, but the task is simple: bat, bat and head to Headingley with a 1-0 lead. However, a major complication has been thrown into the mix. Steve Smith isn’t walking out to the crease; the colossus has been ruled out of the match with concussion, struck on the neck the previous day by the fearsome tide that is Jofra Archer.

In his place comes a history-maker, the first concussion substitute in Test cricket: Marnus Labuschagne. No one knows how to say his name; most at the ground probably don’t know who this young pretender is. Archer, standing at the top of his mark, is coming for the man filling some very, very big shoes.

The first ball is predictably short. It’s called a wide. Archer lets go of the second and, next thing you know, Labuschagne is on the floor. The helmet grille has been struck and the medic runs on. Substitute for the substitute? This kid, Test batting average in the twenties – he’s not going to last long, is he? 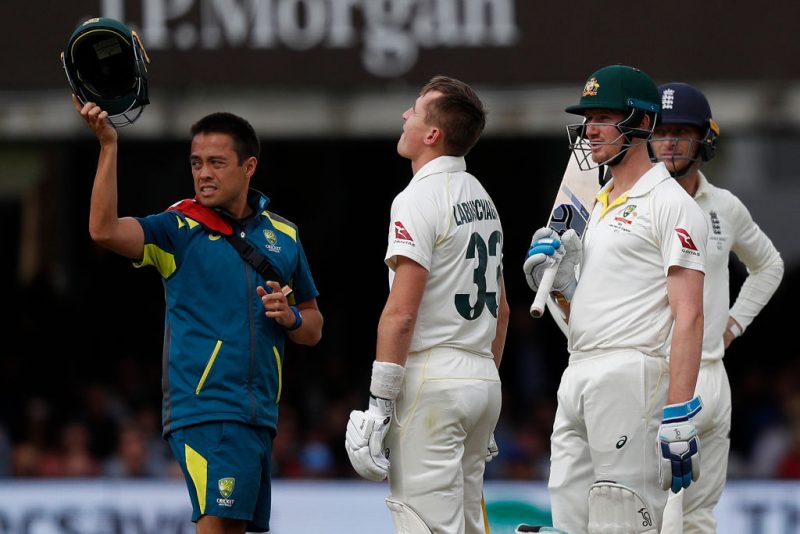 Substitute for the substitute?

If he wants to feather an edge through to the wicketkeeper and call it quits, no one will blame him. After all, he’s been bolted in from nowhere to feel the wrath of Archer.

But Labuschagne is a bit strange. He’s happy to survive, and not just that, he wants to take England on. He drives fluently and he’s heavenly through midwicket. He runs manically for everything and sweeps hard out of the rough to the left-arm spin of Jack Leach. He’s meant to be a like-for-like replacement for Smith and somehow, he’s ticking the boxes. A first Ashes fifty arrives off 89 balls.

Labuschagne is eventually out for 59 and England fall four wickets short of a series-levelling win; the 25-year-old’s innings is a crucial one. In a match where Smith has been shown to be fallible and the rest of the batting line-up questionable, Labuschagne, who has been busy running the drinks, looks to be something special. A star is born.

Whose summer has it been? Ben Stokes and Archer have been the obvious standouts for the hosts, although The Summer of Shakib rolls off the tongue pretty well; the Bangladesh all-rounder’s excellence at the World Cup shouldn’t be forgotten in a hurry. But then again, Smith was busy redefining the limits of batsmanship during the Ashes.

Let’s maybe go left-field and throw Labuschagne into the mix. He ran up 353 runs against England at an average of 50.42 with four consecutive half-centuries, but that was just the second half of his summer. What came before was pretty special, too.

Labuschagne was signed by Glamorgan in April as their overseas player for the first half of the season as cover (always the substitute) for his compatriot Shaun Marsh, who was to go on and feature at the World Cup. While Labuschagne had ended the Australian summer in the Test side, his first-class form for Queensland had been little to write home about with his 416 runs in the Sheffield Shield coming at an average of 24.47. 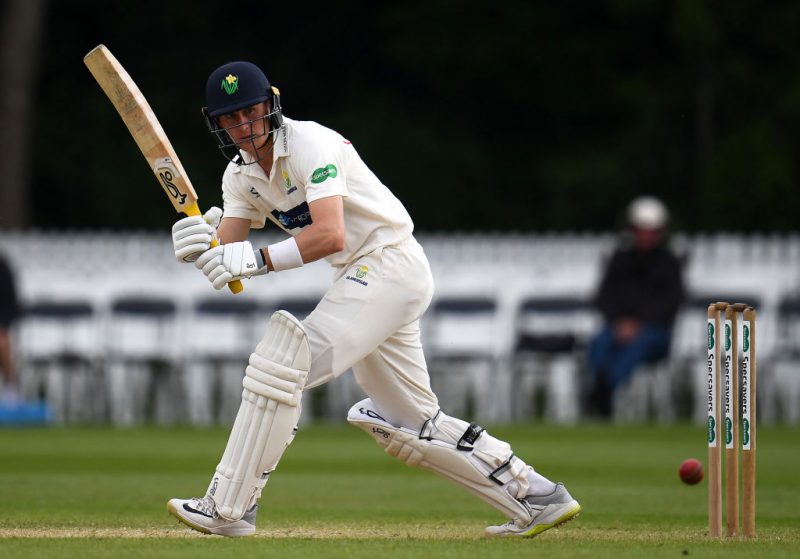 To then come to British shores and face the swinging Dukes in Division Two might not have been the smartest of moves. But Labuschagne thrived. His 10 first-class appearances resulted in five centuries and five half-centuries, with 1,114 runs in total.

For Glamorgan head coach Matthew Maynard, Labuschagne’s subsequent success for Australia has not been a shock to the system. “His willingness and drive to learn, to better himself as a player, is as good as anyone I’ve seen,” Maynard says.

It certainly has been an educational summer for Labuschagne. Where he impressed most against England was with his judgement outside off stump, leaving immaculately to deliveries testing the outside edge. However, early on in his Glamorgan stint, it was his leave – one which seems to share the same eccentricities as Smith’s – that caused him a bit of trouble.

“His record prior to coming to us – if you just picked on stats – it wasn’t great,” Maynard says. “He had a couple of technical issues which he quickly sorted out over here and he’s flourished. He left three balls early on that got him dismissed. I think Justin Langer sent him a message, and we were cursing him, but he took it all very well. He learned and it sank in.” 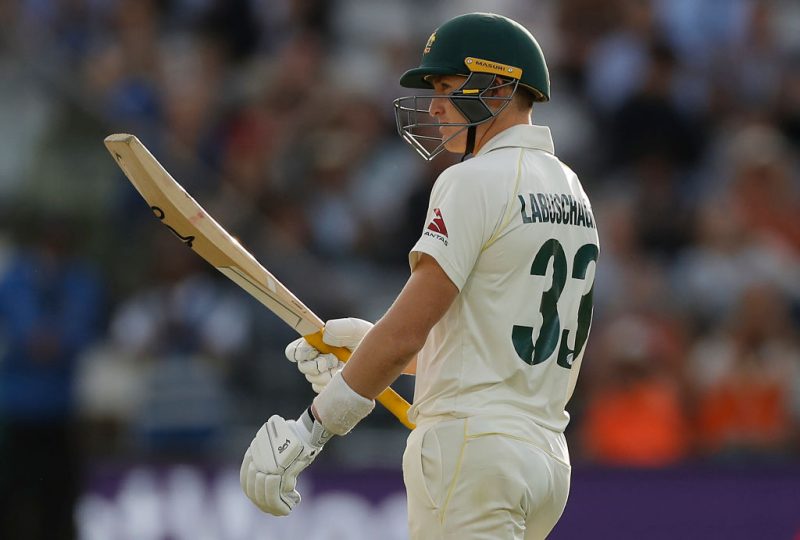 Maynard explains the reasons as to why Labuschagne was forced to work on the alignment of his hips at the crease. “The big thing in Australia is you can see the line of the ball and go towards it,” Maynard says. “In this country, with the swinging ball, you’ve got to wait a little bit longer and then move quicker to that swinging ball as opposed to just seeing the line of the ball and moving and attacking that line, because it doesn’t swing as much in Australia as it does here.

“Umpires will tend to give guys out here where they may potentially not in Australia for a similar kind of thing. You see quite a number of times the line that the lads bowl here is straighter than in Australia, where they tend to go a bit into the channel.”

Beyond Labuschagne’s runs there is, of course, a deeply interesting personality. Speaking to The Independent in July, he discussed the importance of Christianity in his life. “Sometimes it gives you clarity on the reason you’re playing,” Labuschagne said. “It gives you more perspective on what truly matters.”

Even with perspective, however, there lies Labuschagne’s inescapable love for the game of cricket.  Maynard labels him as a “cricket badger” who “could talk about the game for 24 hours a day”. Then there’s the professional character that attracted Glamorgan to him.

"He was phenomenal with us. I can’t say a bad word about him"

“When Shaun got selected for the World Cup squad, we knew we had to make other arrangements,” Maynard says. “The best overseas players I’ve had experience of working with, they’ve not just been about runs, it’s been about what they bring to the environment. How they can help others in the squad learn and develop themselves. How passionate they are about the game.

“The character was more important than the amount of runs they may score. He’s come in and done both.”

Even Labuschagne’s fitness regime shows an impressive level of work ethic and detail.

“He looks at how he can he get better in the gym to improve his movement patterns for running after the ball, getting down to it quickly and throwing it as quickly as possible,” Maynard says.

“He doesn’t use massive weights. He trains in a different manner, using a lot of bands, using his own body weight. He knows he doesn’t need to get any bigger to be able to bat better.

“You look at his nutrition – he doesn’t drink much, he’ll have a few after a victory but he looks after himself.”

"He was phenomenal with us. I can’t say a bad word about him"

The message from Maynard is simple: “He was phenomenal with us. I can’t say a bad word about him.”

Labuschagne touched down in Wales at the start of the season with four first-class centuries to his name. He has more than doubled that tally and established himself in Australia’s batting line-up. The Summer of Marnus Labuschagne? It doesn’t sound all that ridiculous.