English cricket had never seen anything like it. It was a break from the mould, and its impact is still being felt today. They had not won the Ashes for so very long, and the feeling was that something had to change. Instead of going for defensive batsmen to build long innings, England went with this young upstart South African import with a white stripe down the centre of his head.

Kevin Pietersen was this flamboyant, larger-than-life character who’d suddenly found a place for himself in a new kind of England side. Alongside a magnificent, fully-fit Andrew Flintoff, and with Simon Jones running in, from the start they brought this youthful energy. 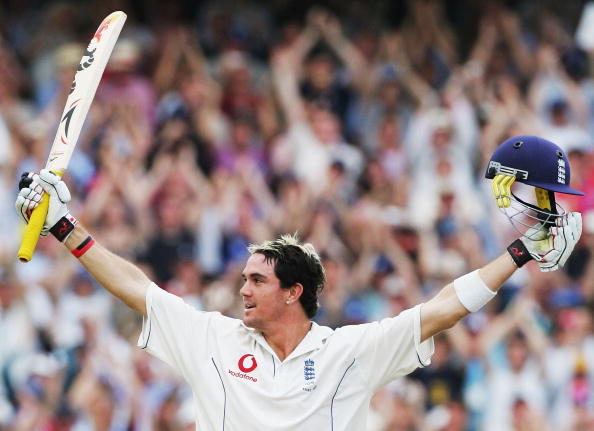 Pietersen was an instant success in the England side

He was such a very different player from the run-of-the-mill English batsmen of the time. Of his peers, only Marcus Trescothick could have been considered in a slightly different mould to your conventional ‘English’ player.

I believe the impact Pietersen had on that England team of a decade ago continues to influence the attitude of the side you see now. Post-Pietersen, the new-look English batting side has gone for a new kind of intent, shown especially in one-day cricket. The variety they have in their line-up, the players they’ve taken risks with, I would say that KP started all that. He set the template for the new England.

That edginess, that cockiness, doesn’t always fit perfectly in a dressing room
He had the wristy play of an Asian subcontinent player; the power on the short ball that you’d expect of a guy who grew up playing in South Africa on quick, bouncy tracks; and he had the skill to deny the movement that you find in England. He was a supremely accomplished all-round player.

After he cemented his place in the England team, that edginess to his character, this larger-than-life persona – and the belief that he had in himself, not just as an impact player but as the best player that England had – all of this contributed to his success.

But at the same time, that edginess, that cockiness, doesn’t always fit perfectly in a dressing room. You need a dressing room that can identify differences and manage those differences. Individuals need to be afforded space and room, to avoid the communication breakdowns that we later saw with Pietersen.

I’m not privy to what really happened in the England dressing room, but in Sri Lanka we had similar characters playing with us, but our culture and our tolerance levels are very different. We were able to manage those situations in our own way and get on with what we had to do. 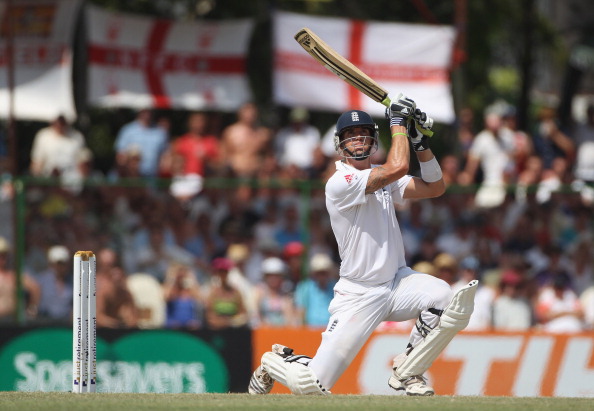 Pietersen was a natural player of both pace and spin

I can’t profess to know him too well, but in my dealings with him for Surrey, I always enjoyed his presence and his company. He’s actually very much like a lot of other people who play sport for a living. All of us have various insecurities and weaknesses and it’s up to the dressing-room culture to be accepting of those strengths and foster them to a maximum, while also creating an environment where those weaknesses don’t have a knock-on effect on the other players as well as the individual himself.

I’ve said before in this column that nobody played Murali as well as Brian Lara, but KP got close. I think back to the Edgbaston Test in 2006, and that special 142 he made, reverse-sweeping Murali for six over cover point. The runs he made that day were outstanding. He was unorthodox in his approach. You never saw Lara reverse-sweeping – it wasn’t a shot he had, you imagine what he could have done if he did.

Related Story: Kevin Pietersen urges England management, media to ‘look after’ Jofra Archer
But KP on his day could dominate anyone. It didn’t matter whether he read you or not. If he couldn’t read you, he would try to attack you even more with unorthodox shot-making. He had this horror run against left-arm spin for a long time, and that period was probably the only time when you could look at him and tell how vulnerable he was, but then at times, even against top-quality left-arm spin, he had his days. Against Rangana Herath at Colombo in 2012 – when Rangana took six wickets – KP struck the most incredible 151. He singlehandedly took the Sri Lankan bowling attack apart.

No matter whether you love him or hate him, whether you think he’s selfish or cocky, everyone looking at KP’s skill would have to consider him to be one of the greatest batsmen the world has seen.

Kumar Sangakkara’s column is sponsored by Red Dot Tours, the Sri Lanka Travel Specialists. Subscribe to Wisden Cricket Monthly for more features from the biggest names in the game.