The Big Bash League is to ditch the traditional coin toss in favour of a bat flip ahead of the 2018-19 season.

Rather than flip for heads or tails, captain will opt to bat or bowl by choosing between “hills” or “flats.”

Kim McConnie, Cricket Australia’s head of the BBL, said: “For me it’s a great moment which reflects what BBL is about. 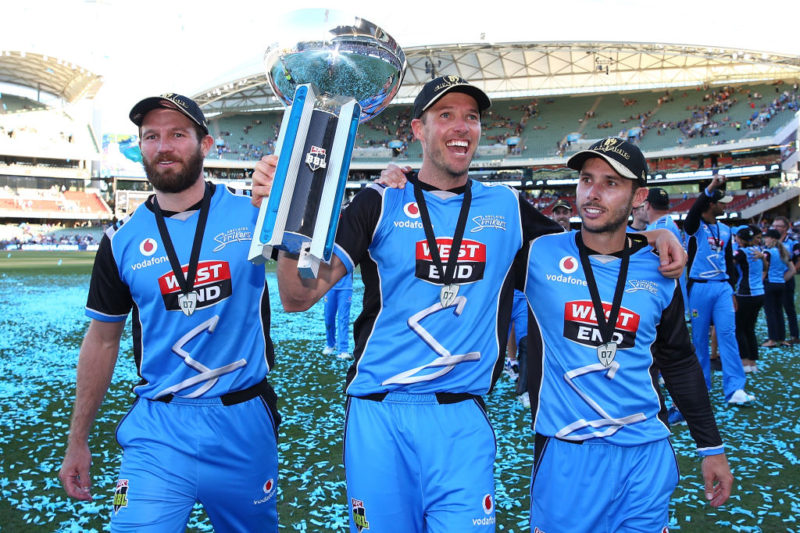 Adelaide Strikers triumphed in the 2017-18 BBL

“Some people don’t like change but I’d also challenge people to say when was the last time anyone watched the coin toss or really focused on it to a great extent?”

McConnie added that the bat used for the flip will ensure a fair result.

“You’d be surprised at the science that’s gone into this. It is a specially weighted bat to make sure that it is 50-50,” added McConnie.

“I’ve got it from great authority at our Kookaburra friends that this is a tested and weighted bat to deliver that equity.”

The BBL is set to begin on December 19, with Brisbane Heat taking on the Adelaide Strikers.