Delhi Capitals’ win over Rajasthan Royals on Monday, April 22, did not match the drama of the night before, when Royal Challengers Bangalore sneaked a one-run win over Chennai Super Kings. But that isn’t to say it was a dull experience in Jaipur.

On the contrary, there were plenty of points proven, with Ajinkya Rahane and Rishabh Pant leading the way. Throw in a couple of reaffirmations – Ben Stokes is overpriced, and Ashton Turner needs another format – and it was quite an evening. 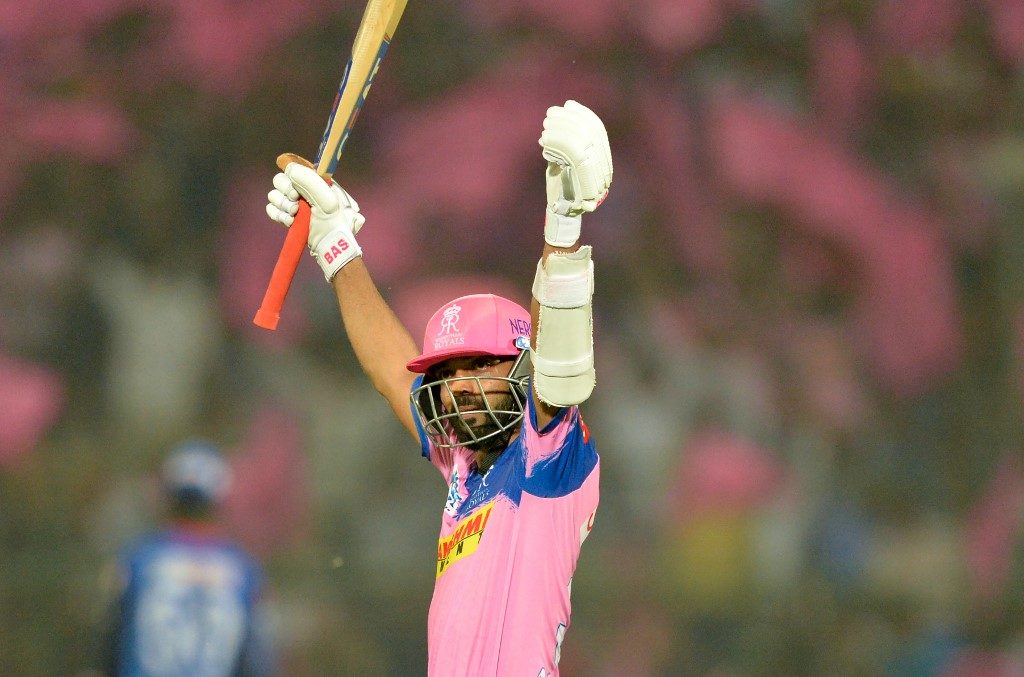 Proving people wrong. Rahane had been in miserable form for Rajasthan this season, crossing 50 just once in nine innings. Under his captaincy, Rajasthan were poor, and late last week, he was sacked for Steve Smith, who promptly guided the team to victory against Mumbai Indians. His place in the side was in question: If Rahane isn’t captain and wasn’t in form, why is he playing?

He’s there because he can bat, he seemed to say against Delhi. He scored a 63-ball 105 – at a strike-rate of 166.66, well above his overall IPL strike-rate of 121.82. There were 11 fours and three sixes in all, and in a feel-good phase for Rajasthan, there was a 130-run stand with Smith as well. It helped set Delhi a target of 192; it could have been more had the likes of Stokes and Turner contributed.

Rahane would have been celebrating at the end of the day had it not been for Pant, another player who had faced the tough questions. Pant had a high score of 46 heading into the match, and had his shot selection questioned after a couple of single-digit scores. Nobody questioned him after his latest knock: a 36-ball 78*, with six fours and four sixes. He guided Delhi to victory, and afterwards, nobody knew whom to question anymore.

Ashton Turner. Five T20 ducks in a row. Four of them golden ducks. In three outings in IPL this year, he hasn’t scored a run. Performances like this can land him in this column. Turner cost Rajasthan INR 50 lakh – which isn’t too much – and it seemed a catch when he guided Australia to victory with a 43-ball 84* in an ODI in Mohali in March.

At the time, Shane Warne thought he’d boast a bit. “I studied him a bit and then rang the Royals owners and said that they should get Turner as the kid was good,” Warne told IANS. A penny for his thoughts now?

Turner is a talented player, but he really just needs a break now. Rajasthan will do well to bench him for Liam Livingstone for their next clash.

“I won’t lie that the thought wasn’t running through my mind.”

What a knock, Ajju 😎 pic.twitter.com/bETLRwqm4H

“Here, Jinx, captaincy is yours again.”

– Steve Smith has had enough

Chennai Super Kings vs Sunrisers Hyderabad. This could be a humdinger. Chennai need a win, after two straight losses. Hyderabad, on the back of consecutive wins, are once again hanging about near the top of the table.