No.3 in our list of Test innings of the year, Ben Page recalls how Joe Root’s reign as England captain started with a moment in the sun.

Joe Root’s first game as Test captain could hardly have started better – with the sun shining at Lord’s, he won his first toss and elected to have a bat. Half an hour later, with England 17-2 and Morne Morkel and Vernon Philander threatening to wreak havoc, things looked decidedly less rosy.

In any case, Root could have been forgiven for having a bit on his mind. Besides the match situation, there was the fact that England hadn’t won a series at home against South Africa this millennium. England’s recent form – five losses in six Tests in India and Bangladesh – was also cause for concern, and they needed a positive moment to consign those memories to the past. 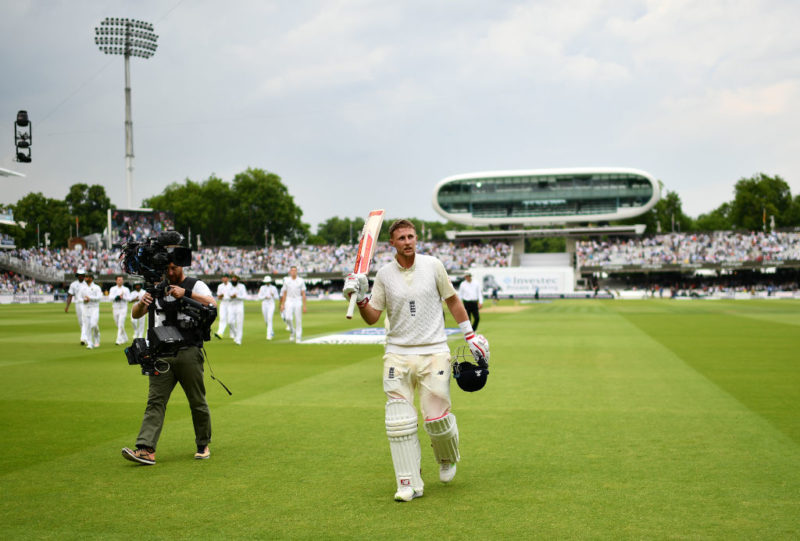 It was a good first day in charge

There was also the matter of moulding a team in his image, and making sure his own form didn’t suffer in the meantime. On top of all that, he was battling an illness which necessitated wearing a sweater despite the hot weather to ward off chills.

But barring a nervy moment at the start of his innings, when the fine-leg fielder misjudged a top-edged pull, allowing the ball to bounce beyond him but still inside the rope, this was a Root masterclass, the added responsibility showing no sign of altering his natural flair.

After punishing some loose South African bowling through the leg-side to kick-start his innings, as he grew in confidence Root began to score freely all over the pitch. Soon after lunch he had fifty and just after tea he had his hundred, coming from just 150 balls, and his domination appeared complete when shortly after reaching the landmark, he danced down the wicket and majestically launched Keshav Maharaj into the stands.

Related Story: Maharaj dreams of being a World Cup-winning captain for South Africa some day

This was a day when everything seemed to go his way – besides the missed chance early in his innings, a stumping on 149 was overturned because Maharaj had overstepped – and though he was to fall just short of reaching his double century early on day two, it didn’t feel like it mattered, as Lord’s stood as one to applaud the beginning of the era of Joe Root.

We know now that tougher days would come, but this innings is as sure a sign as any that Joe Root, and an England led by him, will respond to the pressure, and bounce back strongly.