Chris Woakes, the seam-bowling all-rounder, who recently had to pull out midway through the tour of the Caribbean with a knee niggle, is looking forward to making a full recovery and playing Warwickshire’s One-Day Cup opener in the lead up to an “important” summer.

Important would almost be an understatement as England is set to host not only the 50-over World Cup, but also the Ashes immediately after that. Woakes is hoping to feature prominently in both the events.

He is particularly keen on playing a big role in England’s World Cup campaign as he wants to make up for having missed out on the Champions Trophy at home a couple of years ago after sustaining an injury in England’s very first game of the tournament.

"Chris is a true Bear, and everyone at the club takes great pride in the fact that he has come through our development programme to become one of the leading all-rounders in the world game."@chriswoakes pens Warwickshire deal until 2022. 👇https://t.co/Qzv9heiSsZ

“Obviously, the World Cup is just a couple of months away now and making sure I’m fully fit for that is all the motivation I need, but if I need any extra, I only have to look back at the Champions Trophy a couple of years ago and getting injured in the first match,” Woakes wrote in his column on Sky Sports.

“It was so frustrating because we’d done a lot of hard work heading into that tournament, done some really good stuff as a team and turned a corner. I actually felt in a good place with my body and then it was a bit of a freak injury.”

Woakes thinks he is making strong headway in his recovery after the latest niggle and is keen on making more progress on the fitness front before turning out for Warwickshire, with whom he recently signed a three-year extension.

"Whether someone should just walk in at the drop of a hat because they’re available, whether that’s the right thing, I don’t know.”

“Since I’ve got back from the Caribbean, I’ve had an injection in my knee which will hopefully settle it down and then help me do some strengthening around it and get it in a good place ahead of the summer,” wrote Woakes. “It’s quite an important time for me at the minute.”

Looking forward to the World Cup, England are touted as favourites not only because they’re playing at home but also because they’ve been one of the most formidable sides in the format across a variety of conditions. However, they were recently served a reality check with West Indies, who had to qualify for the World Cup, holding them to a 2-2 draw. It is a reflection of how closely fought the tournament is going to be.

“A lot of people wrote off the Windies before the ODI series but they played some great stuff. It shows that the World Cup will be such a tough tournament with a lot of great cricket on show from all teams. On any given day, anyone can beat anyone to be brutally honest – that series proved that.”

“The guys who did perform here certainly will be talked about in selection meetings. I probably see our bowling line-up changing more than our batting." – Eoin Morgan

Which of England's T20I standouts should be in the mix for World Cup selection?https://t.co/Rf61TkJiFa

Woakes feels good performances in the World Cup will also give him a better chance at being in rhythm come the Ashes, when England will look to regain the urn. “Obviously, we don’t play another Test match until the end of July against Ireland, which is a long time from now, but if you put in performances with the white ball then it can get you in a good place for an extremely important back end of the summer with the red-ball.

“There are places potentially available in that Test team, certainly it isn’t set in stone, and with the Ashes around the corner, you want to be doing all you can so that you’re in and around the squad for that.”

There is a lot of competition in the England ranks for bowling positions in the Test set-up, but one man who doesn’t have to worry about his place in the side is senior James Anderson. The right-arm seamer has long stopped playing international white-ball cricket and he feels that allows him to keep fit, even at 36. And he definitely doesn’t have retirement on his mind. 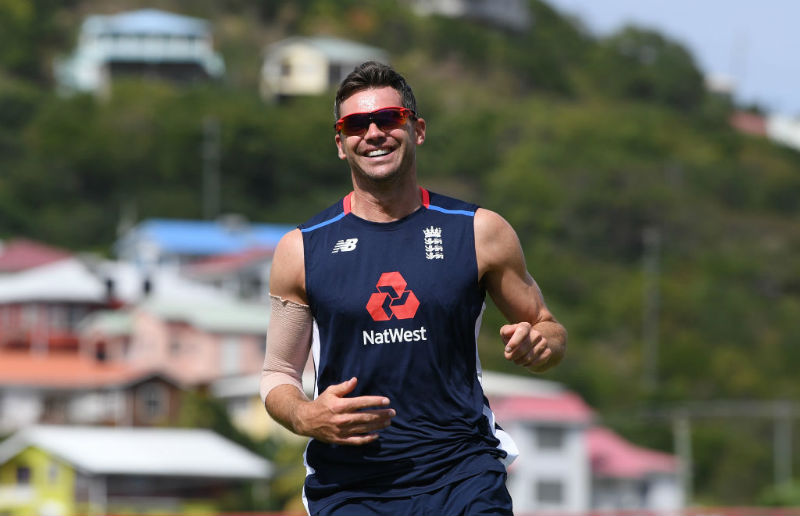 “I have no plans to finish up anytime soon”

“I feel as good as I ever have,” Anderson, who is the leading wicket-taker in Tests among fast bowlers, told Sky Sports. “With me not playing one-day cricket over the last few years, it gives me that extra time to work on my fitness and stay fresh. I never really look too far ahead but I have no plans to finish up anytime soon.”

Anderson knows that England reclaiming the Ashes in not a given even though Australia haven’t won here since 2001 – and adaptibility is going to be key. “The five grounds we play the Ashes on will all be different and whichever team adapts best to that will come out on top. That is something we have to improve.”