Sri Lanka captain Dimuth Karunaratne wants his batsmen to continue playing with freedom, but urged them to place greater value on their wickets than they did in the second Test against New Zealand in Colombo.

After securing a fantastic six-wicket victory in the first Test at Galle, Sri Lanka wicketkeeper Niroshan Dickwella had attributed the team’s recent success to the freedom they’ve been granted under Karunaratne’s leadership.

“I’ve played a lot with Dimuth and what he does is give the player the freedom to go and express themselves 100% in the match,” Dickwella had said.

In the aftermath of the innings-and-65-run loss in Colombo, however, Karunaratne has sought to clarify his idea of freedom. “When I say players should be free, I don’t mean that you just hit every ball that you see,” Karunaratne said on Monday, August 26. “It’s about keeping your mind free.

“If you, at any time, feel like you should play the reverse-sweep, but you stop yourself, your’re restricting yourself. There are times when you can get runs from that shot, and when it’s a safe option. It’s about being relaxed. Freedom doesn’t mean swinging at every ball. It’s about playing with confidence.”

Despite Dhananjaya de Silva’s century, Sri Lanka scored just 244 runs in the first innings of the second Test. New Zealand then made 431-6 before declaring on the final day. On a wearing surface, Sri Lanka proceeded to collapse for 122, but Karunaratne felt the damage had been done in the first innings, citing batsmen’s lack of patience to score big. 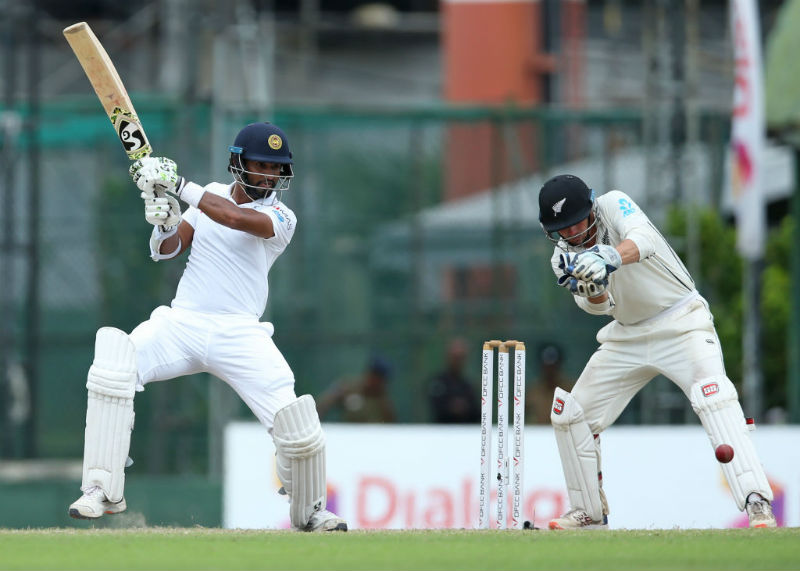 “At times I felt our players really lacked patience”

“It was a pretty good wicket in the first innings, and we didn’t execute our shots very well. The batsmen probably thought it was going to be a good, flat wicket and so the application wasn’t there. Even me, after getting 60 [65], I played a rash shot [in the first innings].

“It was a good wicket, and you have to put up a good score on it. The Kiwis batted really well. They put up huge totals and put us under pressure.”