The South African batsmen, who collapsed for 126 and 73 in the first Test against Sri Lanka, need to trust their defence, said Faf du Plessis ahead of the second and final fixture.

South Africa won their last Test series in Sri Lanka 1-0, in 2014, but slid to a 278-run defeat in the first Test of the ongoing series in Galle.

They did well with the ball, restricting Sri Lanka to 287 and 190, but even as Dimuth Karunaratne, the Sri Lanka opener, scored 218 runs – 158* and 60 – the visitors tallied 199 over their two innings, du Plessis’ 49 in their first innings the best individual score.

“I thought in the first Test we were off the ball in a lot of areas,” said du Plessis ahead of the second Test, being played at Colombo’s Sinhalese Sports Club from Friday. “We have also been a team that sometimes unfortunately starts slowly before we start making better decisions. Hopefully we can do that in this Test match, we know it is going to be tough but we are looking forward to the challenge.

“It is never easy winning away from home, but when you come to the sub-continent drawing a series is as good as winning 3-0 at home. It is tough but it is what the best teams do in the world. We want to try and get to the No.1 position and in order to get there we have to make sure we don’t just do well at home.” 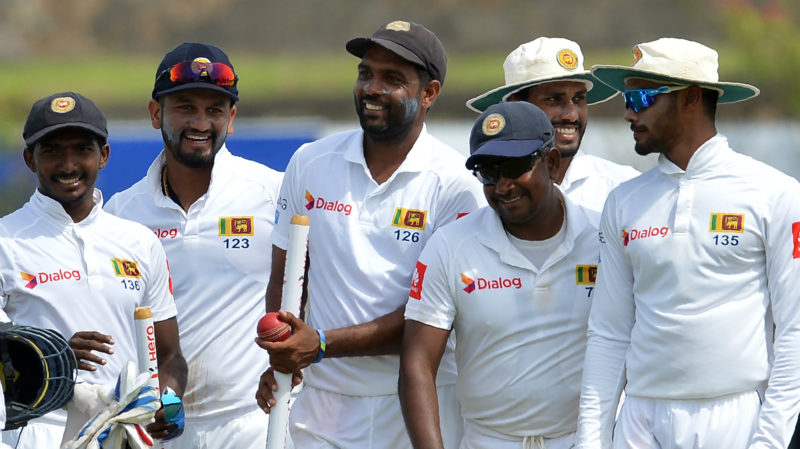 “The thing that let us down in the first Test was that we didn’t trust our defence well enough,” said du Plessis. “Part of Test cricket is trusting your defence when you are playing spin. At times, you can put the spinner under pressure by having a clear game plan of what you are trying to do. The guys worked well on their game plans in order to try and be positive against the spinners, which is an element of playing spin, but you have to trust your defence as well.

“I don’t think we play spin badly. If I go back to the last series we played against Australia, the wickets were spinning quite a bit, we played Nathan Lyon exceptionally well. He got three or four wickets throughout the series and went for over four an over. It is not something we mentally struggle with, it is more about us not trusting our defence. In the second innings, there was a carelessness about our batting which doesn’t go with Test cricket.”

Du Plessis also stressed that nothing had changed in terms of the team’s preparation, but the batsmen have worked on having clearer game plans against the spinners.