Virat Kohli says Australia will have to reign in their egos if they are to find any success in this summer’s Ashes series against England.

Speaking in the aftermath of his side’s historic Test series win in Australia – the first ever by an Asian team Down Under – Kohli warned the Aussies of the threat that will greet them when they travel to England to face the swinging Dukes ball.

“If you go out there with an ego, you might as well not go at all,” said Kohli. “Because that Dukes ball, it buries egos pretty quickly.

“I’ve never been more proud to be part of a team than this one right here.”

Despite a stellar list of achievements in a glorious career, a Test series victory in Australia is ‘at the top of the pile’ for Virat Kohli.https://t.co/jGl5N620ef

“You have to curb yourself down and do the hard yards. Grind it out the whole day, you have to be patient as a batsman.”

Kohli’s India side succumbed to a 4-1 series defeat in England last year, although India’s captain was in exceptional touch across the five Tests. His 149 at Edgbaston was his first Test ton in England – wisden.com declared it the Test innings of the year – and he ended the series with 593 runs to his name at an average of 59.30.

It was of stark contrast to his first Test tour of England in 2014, as he struggled against the swing of James Anderson, averaging 13.50 in his ten innings. 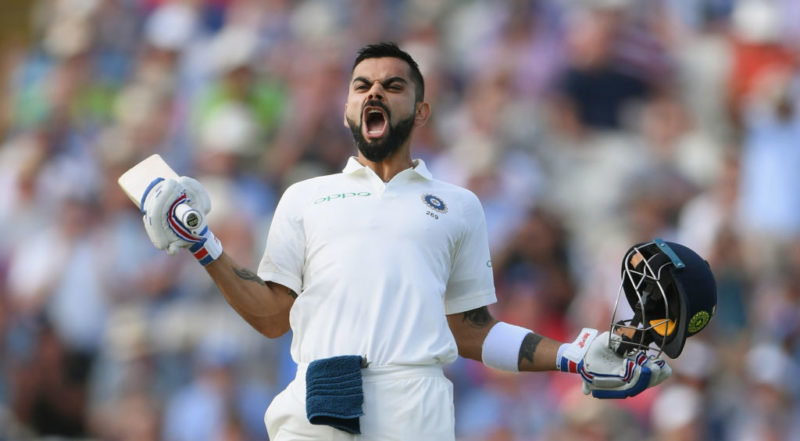 “There’s a lot of time in Test cricket,” added Kohli. “But sometimes we are so nervous as batsmen, we don’t quite realise it.

“You just want to get away quickly but in England you’re not allowed to do that. You have to buy your time, earn the right to score runs eventually.

“You have to get into a position where you should not even look at the scoreboard to see the number of balls. It’s inconsequential. Patience is the only thing that works there.”