Indian spin legend Anil Kumble has offered his opinion on where MS Dhoni should bat in ODIs ahead of the World Cup, suggesting that the former India captain still has the ability to bat at number four in the order.

Dhoni featured at both No. 4 and No. 5 in the three-match series against Australia in January, with three consecutive half-centuries seeing him named Player of the Series. His one innings at second drop saw him return an unbeaten 87.

In the aftermath of that series, Virat Kohli suggested that “number five is the best suited spot for him [Dhoni].” In his two ODI innings in the recent New Zealand series, Dhoni batted at No. 5, returning scores of 48 not out and 1. 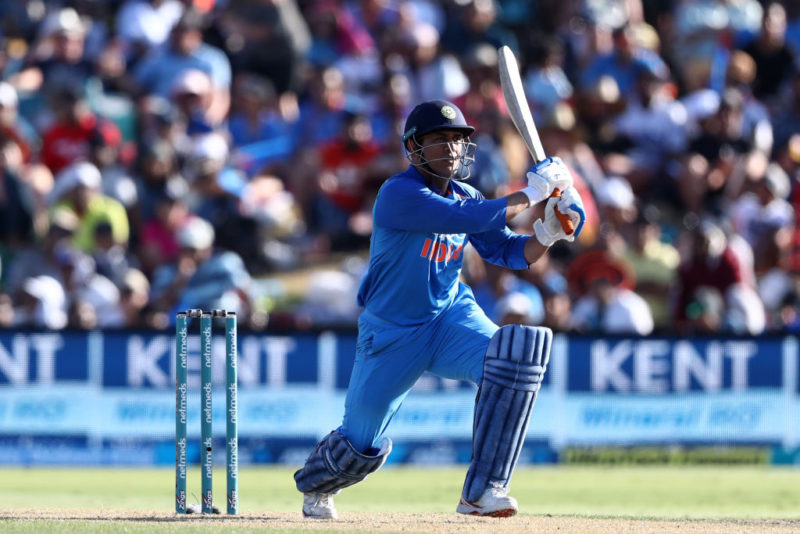 Dhoni has 70 ODI half-centuries to his name

Nevertheless, with this summer’s World Cup fast approaching, Kumble believes that Dhoni can still be of service to India higher up the order.

“I think there is a lot of talk especially when MS comes into the batting line up,” Kumble told Cricket Next in an exclusive interview.

“I still believe that he is someone who can bat at number four. If India is in trouble, push him up.

“He will take his time, you need that and then he has the experience so that he makes sure he bats till the end. And others can be a bit positive around him.”

Where do you think Dhoni should bat? https://t.co/VthjzplA4F

Kumble called for the acknowledgement of Dhoni’s experience and wicketkeeping prowess, while citing a busy period before the tournament as a way for the veteran batsman to get plenty of time at the crease. Beginning later this month, India will take on Australia at home in two T20Is and five ODIs.

“I think that is the role he will play and his experience is really needed not just in front of the stumps and also behind the stumps,” added Kumble.

“I don’t think there should be any talk now about MS Dhoni or his batting.

Related Story: 15 years of MS Dhoni: From long-haired destroyer to calculating genius
“It is all about how he can go out there and contribute in the World Cup. Leading up to the World Cup, these five matches in India and of course the IPL is there for him. So I think there is plenty of white-ball cricket he will be involved in as well. So that should help him getting into his rhythm.”