Uncapped 26-year-old all-rounder Rahkeem Cornwall has been named in West Indies’ 13-man squad for the two-Test home series against world No.1 India.

Cornwall has been a monster in the domestic first-class circuit for Leeward Islands. In 55 matches, the off-spinner has snared 260 wickets at 23.90. That includes 17 five-wicket hauls and two match hauls of 10 or more wickets, including a best of 12-205.

Those bowling exploits have come alongside 2224 runs at 24.43, including a hundred and 13 fifties. Most recently, Cornwall topped the wicket charts at the 2018-19 Regional Four-day Tournament, with 54 scalps in nine matches.

“Rahkeem has been performing consistently over a long period of time and has proven to be a match-winner, so we believe his elevation to the Test squad is merited at this time,” Robert Haynes, the chairman of the interim selection panel, said.

“We believe he can provide an attacking option to our bowling attack with his sharp turn and extra bounce. He can also lend a bit of depth to the batting, so we are looking forward to him coming into the squad and making a valuable contribution.”

While Cornwall’s was the standout selection, fast bowler Alzarri Joseph was noticeably missing from the contingent. Joseph has been out of action ever since he dislocated his right arm while playing for Mumbai Indians at the 2019 Indian Premier League. The same injury had also kept him out of the World Cup in England and Wales. 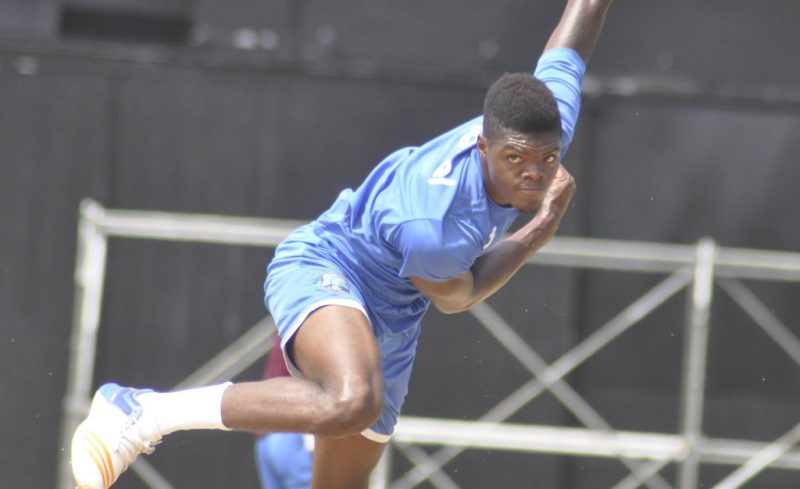 “Alzarri is undergoing remedial work and we are monitoring his recovery, but we do not think he is ready yet to last five days of a gruelling Test match,” Haynes said. “He represents a key part of West Indies’ future and we do not want to rush him back. We have two important series coming up later in the year in India and we want to be very careful how his recovery is managed.”

Other notable names missing were left-arm spinner Jomel Warrican, who was a part of West Indies’ series win against England earlier this year, and Chris Gayle, who went back on his retirement during the World Cup, when he said he might play a Test at home against India.