Former England wicket-keeper Steve Rhodes’s contract as Bangladesh’s head coach has been terminated, after their league-stage exit in the 2019 World Cup.

“We can call it a mutual separation. We are implementing it from now onwards and that means he is not available with us from the tour of Sri Lanka,” Nizamuddin Chowdhury, chief executive of the Bangladesh Cricket Board, told in a media briefing.

Rhodes was handed a two-year contract in July 2018, and was expected to occupy the position until the T20 World Cup, set to be held in October and November 2020.

”It’s not like we are sacking him. We had a clause that stated that we can assess our respective positions after this World Cup though he had the contract until the next World Twenty20.”

Under Rhodes, Bangladesh strengthened their status as an emerging ODI force, winning series against West Indies [both home and away], and Zimbabwe, as well as the tri-nation series involving West Indies and Ireland, all in the last 12 months. They lost to India in a closely-fought final of the 2018 Asia Cup, which ended with a last-ball finish.

In the 2019 World Cup, Bangladesh put in consistent performances with the bat, but could not complement it on the field, with erratic bowling and frequent spills often hurting their results. They ended eight on the points table with three wins in nine games, losing five. Their fixture against Sri Lanka was rained out. 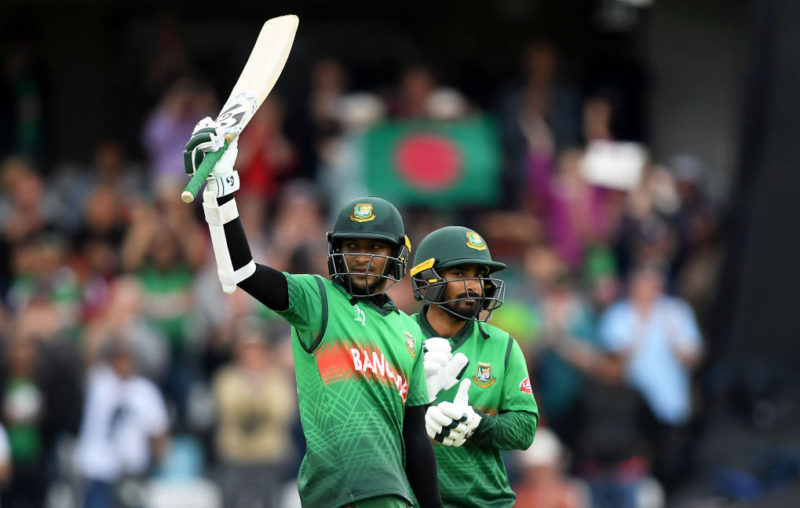 Despite Shakib Al Hasan’s heroics, Bangladesh couldn’t make it to the final four

Ahead of their final game, against Pakistan, Rhodes had expressed confidence that his team, as an ODI unit, has taken giant strides, lauding them for their competitive spirit despite failing to move into the semis.

“We would have loved to have qualified for the later stages. In that case, that’s a disappointment. But the victories have been very good. Generally, the games we’ve played, we’ve been in the contest, and we’ve shown a lot of fight. We carry on doing that, then we’re going to improve and improve and improve,” Rhodes had said, on July 4.

The 55-year-old Rhodes, who represented England in 11 Tests and nine ODIs in the 90s, was sacked as director of cricket for Worcestershire in the wake of the Alex Hepburn rape trials in 2017. He was recommended for the Bangladesh role by Gary Kirsten in early 2018, and accepted the offer on June 7 last year.

The immediate termination means that Rhodes won’t join the side to Sri Lanka, for the three-match ODI series starting later this month.