Sikandar Raza has sorted out his contract-related issues with Zimbabwe Cricket (ZC) and has made a comeback to the national team for their upcoming tour of Bangladesh.

Raza was named the Player of the Tournament at the ICC Cricket World Cup Qualifier 2018, played at home, after a spectacular all-round show: 319 runs and 15 wickets in seven games. But Zimbabwe failed to make the cut for the marquee event next year, and Raza has since not played for his country.

The 32-year-old Pakistan-origin cricketer expressed his disappointment at missing out on the World Cup, and also came down heavily on the ICC at the time for restricting the tournament to 10 teams.

@SRazaB24 has been added to the @ZimCricketv squads travelling to @BCBtigers next month for three ODIs and two Tests. He will, however, not play any part in the preceding series away to @OfficialCSA. Raza has explained himself, apologised and pledged his commitment to Zimbabwe pic.twitter.com/rjphoztPwn

“Not happy at all – I think this trophy will serve as a painful reminder of the dreams that we had and we couldn’t get it done,” said Raza when receiving his tournament trophy after the qualifiers.

“When I started playing cricket, I thought it was to unite countries, players of different background coming together to play this beautiful sport. Unfortunately, you’ll see that’s not going to happen in next year’s World Cup. It’s certainly quite a tough pill to swallow.”

After landing back in Zimbabwe my agent informed me of this

Since then, he has played club cricket in England without permission from ZC, who terminated his earlier central contract after Raza went off to play in the Global T20 Canada league.

In response, Raza took to Twitter earlier this month to criticise ZC for taking away his contract.

A meeting earlier this week, however, ended in a peaceful resolution, with Raza reportedly apologising for his actions and committing himself to the national team. 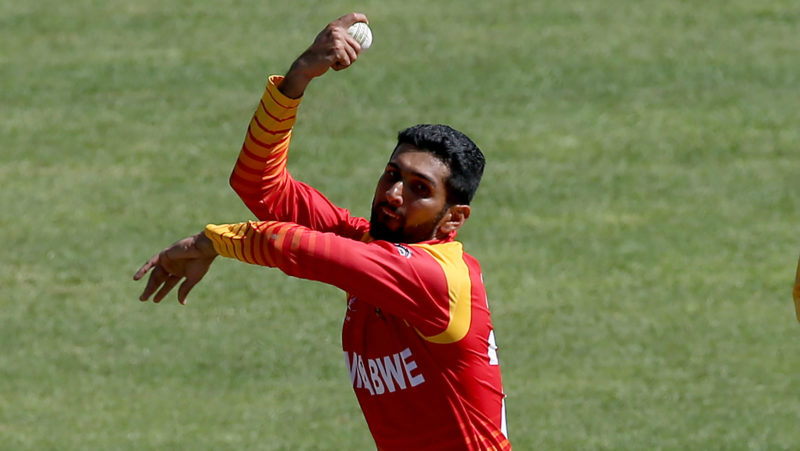 “I am extremely delighted with the news and thanks to ZC who quickly sorted out my issues,” said Raza in a statement. “I just want to put this behind me and concentrate on and enjoy my cricket.”

Givemore Makoni, the ZC acting managing director, welcomed the developments, saying, “We are pleased to have found common ground with Sikandar, who is one of our best players. We welcome him back to the national team set-up and we hope he will contribute immensely in Bangladesh and in future tours.”

Raza has, for now, been picked for the tour of Bangladesh in October-November, where Zimbabwe will play three ODIs and two Tests. He hasn’t been considered for the preceding tour of South Africa in September-October, though.