“It was a little eye-opener for me watching the way he bats and how precise you’ve got to be with your lengths,” said Sam Curran, the England paceman, after witnessing one of Virat Kohli’s great Test match innings.

It could have all been so different. Curran was the one to watch for the longest time, before Kohli took centre stage. James Anderson and Stuart Broad are the big men in the England bowling line-up, but it was young Curran, still only 20, who stole their thunder. India had reached 50-0 when Curran struck thrice, leaving India 59-3. Swing at pace, with the left-armer’s angle, troubling the Indians no end. 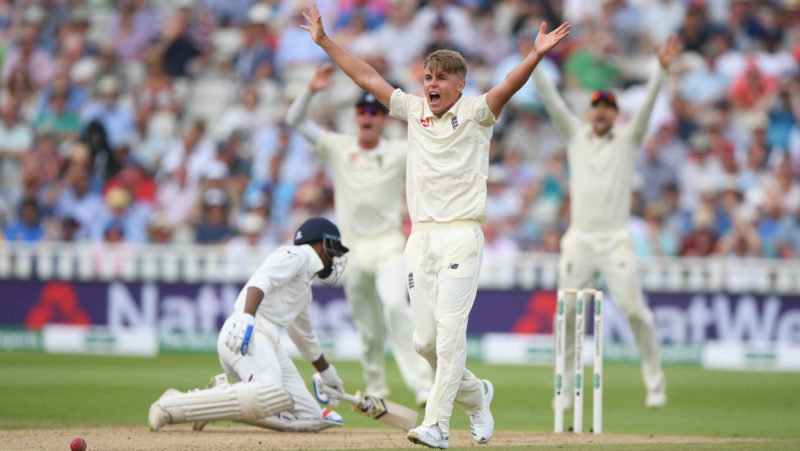 Curran had the Indians on their knees with three early strikes

“There was a nice breeze and the clouds came in – we’ve found recently that the ball doesn’t swing as much when it’s really new and can when the lacquer comes off, so it’s about hitting the lengths and being patient,” said Curran, who ended with 4-74, about his performance.

Related Story: Welcome to the next stage of Sam Curran

But despite his fascinating duel with Anderson, it was Kohli who took away Curran’s thunder after that, scoring 149 in an Indian total of 274, to even out the match before England ended the second day on 9/1, just 22 runs in front.

“He played very well. We put him down early, which obviously was not ideal, but I think the boys challenged him as much as we could, we stuck to our plans which I thought were pretty good and I think on another day those catches will be taken,” said Curran. 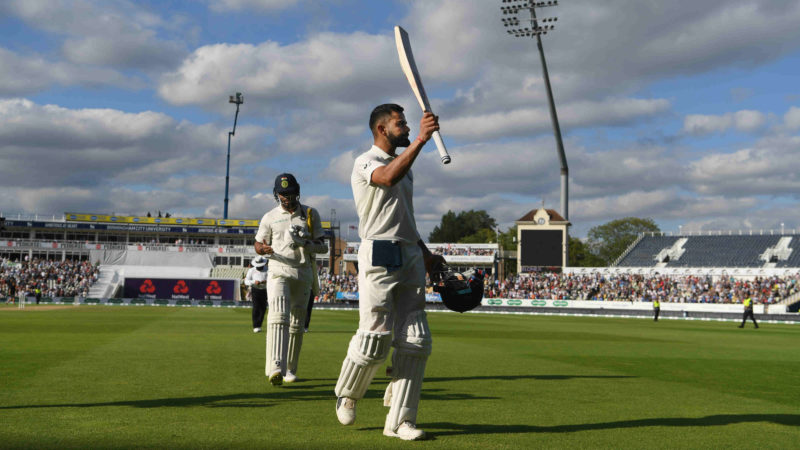 It was Kohli’s first century in Tests in England

“We still bowled them out below our total, so that’s a huge positive. You just have to look forward and it’s positive that we are still ahead of them in the game, runs-wise, and hopefully tomorrow we can bat big and challenge them.”

More on Kohli, who scored his first Test century in England after totalling 134 runs in 10 innings back in 2014: “Virat played really well with their tail and frustrated us a little bit. That’s what Test cricket is about you play against the best players.

“I’m only in my second game, but I think it was a little eye-opener for me watching the way he bats and how precise you’ve got to be with your lengths. He did nick a lot of balls outside off-stump that didn’t carry as well. We stuck to our plans very well against him, and on another day they would carry.”