He’s 30 years old and uncapped in any format, but Shahbaz Nadeem has just been called up to the India Test squad.

The call-up may only be as cover for Kuldeep Yadav, with Ravindra Jadeja and Ravi Ashwin likely to remain the only two spinners picked, but it will give the tweaker renewed hope of an international career.

It is also just reward for consistently strong domestic performances. Since the start of the 2012/13 season he’s taken 235 Ranji Trophy wickets – more than anyone else in the competition – at an average of 25.17. So…

Who is Shahbaz Nadeem?

He is predominantly a flighty left-arm spinner but is also capable of producing the occasional handy innings from his position in the lower order. He has been called up as cover for Kuldeep for India’s third Test against South Africa, but will probably still face a wait for an opportunity with the national side. 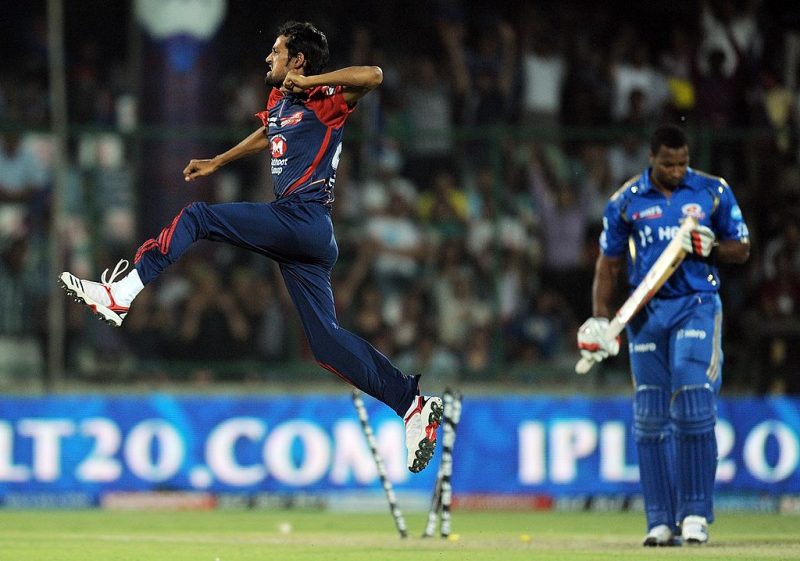 How did he start?

Shahbaz was a promising youngster, making his first-class debut at the age of just 15 years and 114 days. In that game, against Kerala in the Ranji Trophy, he was miserly conceding just 96 runs in 52 overs. He also showed application with the bat, grinding out a boundaryless 99-ball 25 as one of only four players to pass 10 runs for Jharkand.

Two months later he made his debut for India under-19s, having represented the under-15s just two years previously. He went on to make 25 appearances for the U19 side across Tests and ODIs, taking 50 wickets. Thirty-one of those came in his five U19 Tests. In the midst of that streak he also made an appearance for India A, in a List A game against India B.

It wasn’t until 2011/12 that he played more than six first-class games in a season, but since then, he’s gone from strength to strength. He earned an IPL contract in 2011 with Delhi Daredevils but made only a handful of appearances for them that season as the Daredevils opted for a seam-heavy strategy.

In 2012 he appeared more regularly though, and finished with the third-best economy of the 16 players to bowl for Delhi. In 2013 he bettered that – only two bowlers in the entire tournament achieved a better economy than his 5.88 having bowling more than 10 overs.

His first-class performances continued to improve year-on-year. This culminated in back-to-back Ranji seasons in which he took over 50 wickets: 51 wickets in 2015/16 and 56 in 2016/17.

He became a regular fixture for India A in 2017, and since January of that year has taken 87 wickets in 25 matches for the representative side. In 2018 Shahbaz claimed the best-ever List A figures, with a stunning spell of 8-10. He spun the Rajasthan batsmen in knots as he removed their top eight before completing his 10 overs, leaving Anukul Roy to mop up the last two.

Now the wrong side of thirty, you feel it won’t be long before Shahbaz’s age counts heavily against him during selection discussions. With that in mind he will need to seize upon the slightest opportunity. He will need to use his call-up to the squad to impress, but even then it may not be enough. With so many talented players to pick from, the position of Indian spinner is always hotly contested. In the end he will need Lady Luck on his side.

“Alone in my room I am always fighting for a place. What else do I need to do to play for India? But then, that’s when my father’s words come to mind – ‘if it’s written in your destiny, then you will play for India.’ This despite him being more desperate than me for the dream to come true.” – Shahbaz Nadeem after his record-breaking List A spell