Former India all-rounder Yuvraj Singh regrets the dearth of support from the team management towards him, and other players, that brought an end to his international career, and blamed player insecurity as the reason for India’s semi-final exit from the 2019 World Cup.

“Yes, there will be regret, but there was a number of issues,” Yuvraj, who was dropped from the national side in 2017, told Indian news channel AajTak. “There was no support, hardly any support from team management or people around. If that support had been there, I would have played another World Cup.”

Yuvraj pointed out at the lack of clarity in choosing India’s middle-order contenders in ODIs. Since January 2017, India have tried out 13 different batsmen at No.4, including Yuvraj, who scored his career-best 150 at the same spot in early 2017.

“I was dropped, then Manish Pandey came in, then one-two other players came in, then KL Rahul came in,” Yuvraj said. “KL was tried, then Raina came back, then they went with Rayudu. Then before the World Cup, you lost to Australia 3-2, Rayudu had a bad tournament, suddenly Vijay Shankar came in.”

Calling the No.4 spot one for a “technically strong” batsman, Yuvraj claimed that the constant chopping and changing didn’t make the players feel “secure”. 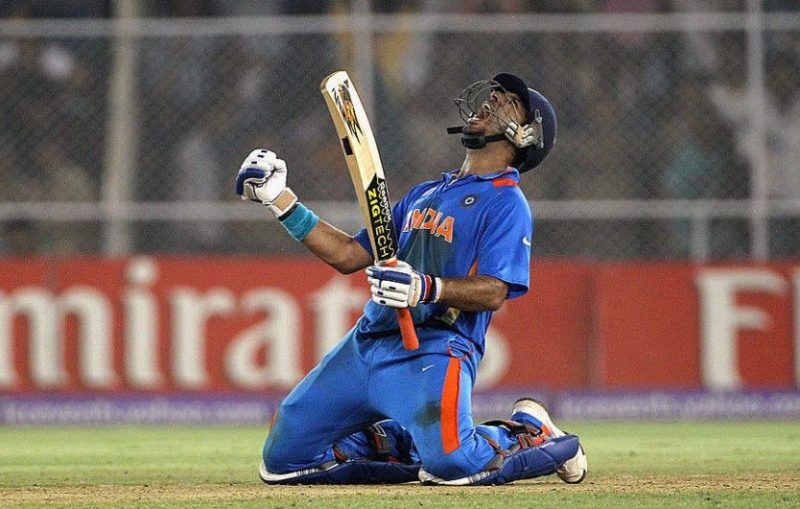 Yuvraj was Player of the Tournament in the 2011 World Cup

“The highest score by an India No. 4 at the World Cup was 48. I don’t really understand that. The captain, coach and selectors should have known that No. 4 is a very important spot especially in conditions in England, where the ball seams. The No. 4 batsman has to be technically strong and has to be given a number of opportunities.

“Vijay Shankar didn’t have that experience. Rishabh Pant didn’t have the experience. Dinesh Karthik, who was experienced, was sitting out and suddenly goes to bat in the semi-final. I really don’t understand what the think tank was thinking. If you want to get the best out of somebody, you have to make them feel secure.

“A player can never perform when he’s insecure. That was the big reason India didn’t win the World Cup. I thought India and England were the best teams in the World Cup. There was no reason why India shouldn’t have played the final.”

Related Story: Yuvraj reveals questions were raised about his bat after his six sixes against Broad

Having battled cancer in 2011, Yuvraj returned to top-flight cricket after a gap of a few years, forcing his way back into the ODI and T20I sides. However, his fitness came under the scanner at the age of 36, when he was asked to clear the yo-yo test, a key criteria for selection to the Indian team.

“Whoever failed the test did not get selected. Suddenly there was a U-turn in my selection. And then, obviously, I had to go back and prepare for the yo-yo test, at the age of 36. After I cleared the yo-yo test, I was told to play domestic cricket, which I played.”

“They actually thought I wouldn’t be able to clear the yo-yo test because it will be difficult at this stage,” he said. “And after that, obviously, ‘it’ll be easy to tell him’. I felt it was a bit of that, ‘He wouldn’t be able to do the test.’ Once it happened, they got caught in a space where they didn’t know what to say to me. The thing was unfortunate. A guy who has played international cricket for 15-17 years, you should sit him down and tell him [why he is being dropped]. No one told me.”