Dale Steyn talks to Kislaya Srivastava about the struggles of bowling on flat English pitches, the joys of winning away from home, and why Rabada and Ngidi don’t need his help.

After a long injury lay-off, and at the age of 35, for Dale Steyn to return at all was something of a surprise. For him to return right at the top of his game was entirely unexpected.

If the vein-popping aggression has diminshed somewhat, the potency certainly hasn’t. He has taken 12 wickets in the five ODIs he has played since October 2018, and finished as South Africa’s second-highest wicket-taker in the ODI series against Zimbabwe at home before finishing as the joint-highest wicket-taker against Australia away from home.

That he picked up these wickets after having missed all of South Africa’s ODIs since October 2016 – a gap of two years – shows the work that would have gone on behind the scenes while he had been nursing a shoulder injury he picked up in Australia two years ago and then again when he suffered a tissue damage in his heel that cut short his participation in the India Tests at home earlier this year. 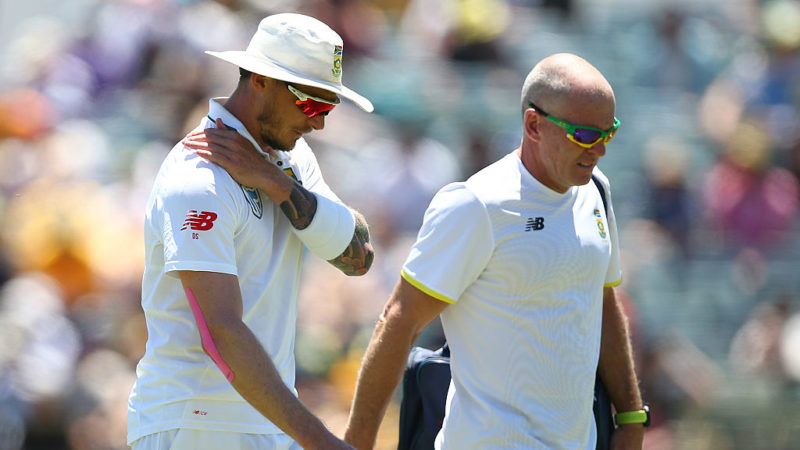 And now, playing for Cape Town Blitz in the Mzansi Super League, South Africa’s first franchise-based T20 tournament, Steyn is the second-highest wicket-taker for his team with six strikes in four matches.

"MSL is a great opportunity for young players to rub shoulders with the best in the world, even if it's just for six weeks"

Given Steyn’s success, it’s no surprise that his team currently leads the points table, having won four out of their six matches. Steyn sees this league as a good opportunity for young South African cricketers, even though it has come quite late when compared with other well-established leagues. 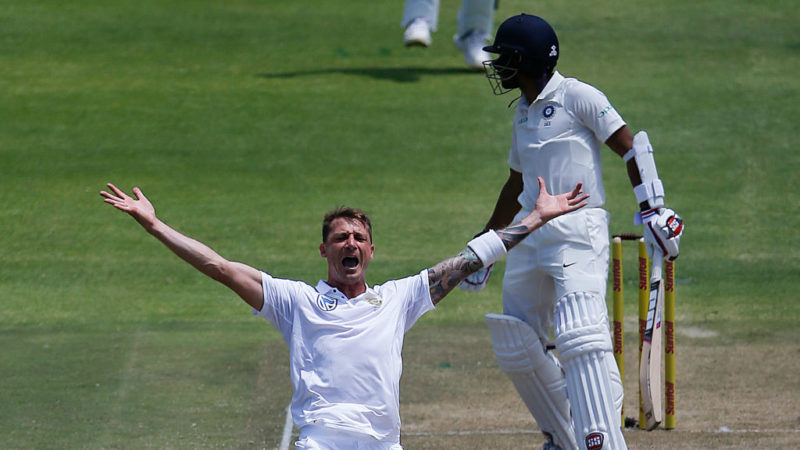 “A lot of South Africans have been very fortunate to to be able to go and play in other tournaments around the world, [so] we haven’t had much to complain about. We have always had the luxury of our Proteas players come back and play domestic cricket whenever available.

“So we have been flying under the radar, but the players and the quality that we have had has still been fantastic. For a long time, South African side has been the No.1 ODI team in the world and the No.1 Test team in the world. So, in terms of development, we have actually been doing pretty OK.”

The MSL has in its ranks premier South Africa internationals such as AB de Villiers, Hashim Amla and Quinton de Kock, as well as T20 veterans from the world over, including Dwayne Bravo, Rashid Khan and Chris Gayle.

"Whenever you win away from home, it’s a fantastic achievement"

“This MSL is amazing for young players coming through,” Steyn said. “It’s a great opportunity for these guys to rub shoulders with the best in the world, even if it’s just for six weeks.

“In those six weeks, you’ll see players take their game potentially to the next level because they will be in the same change room as a Hashim Amla, an AB de Villiers or David Miller. So it’s only a good thing.”

Good as the comeback has been, the road towards returning to the South African XI was far from easy for the 35-year-old. Steyn missed the four-match Test series at home against Australia in March despite having recovered from his heel injury owing to a lack of match practice. He then signed up with Hampshire, but had a tough first game against Somerset in June where he was taken for 1-80 from 10 overs as Somerset overhauled Hampshire’s 356. 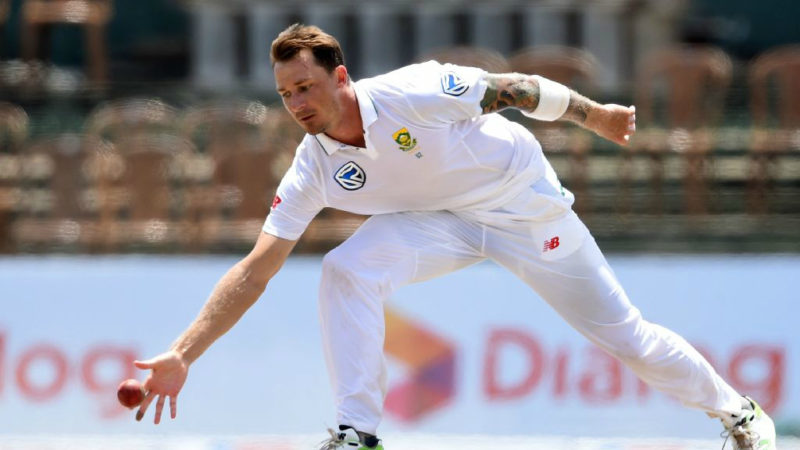 But as the season progressed, Steyn showed signs of getting back to peak form, both in the One-Day Cup in England as well in the Tests against Sri Lanka, where although he had only two wickets to show across two games, bowling more than 50 overs showed he was match-ready.

The hard work finally bore fruit in Australia, where he picked up a Player of the Match-worthy 2-18 against Australia in Perth in a comfortable South African win. He would go on to get five more wickets as South Africa won the three-match series 2-1. 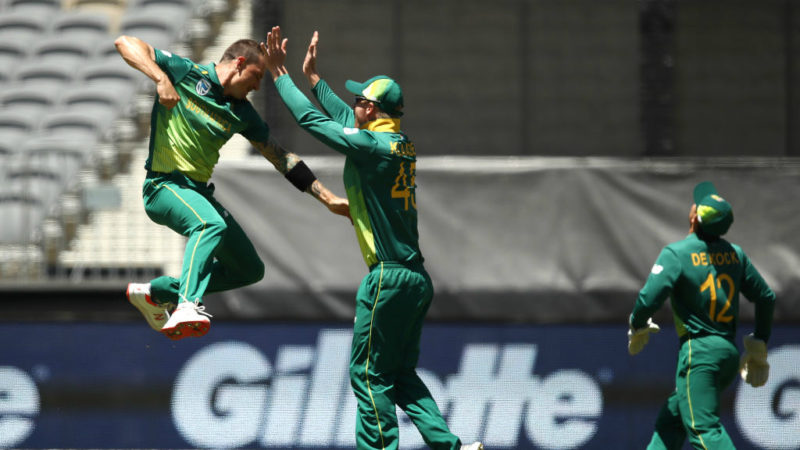 That it came in the same country where Steyn had suffered what seemed a career-threatening injury was all the more pleasing. “When you’re comfortable in your own house and you can drive from the ground back home and you can sleep in your own bed and rock up the next day and play cricket, you’re in a very comfortable space,” Steyn explained.

“Whenever you win away from home, it’s a fantastic achievement. So yeah, great tour; very happy.”

Having committed to playing the 2019 World Cup for South Africa, Steyn’s presence in every ODI that South Africa play from here on, especially in the upcoming home season where they play Pakistan for a full series, will be crucial not just for him but also for the young duo of Kagiso Rabada and Lungi Ngidi, who are likely to form the core of the team’s fast-bowling attack next year in England and Wales.

Related Story: How do South Africa produce so many ready-made Test fast bowlers?

Rabada is No.4 on ICC’s ODI bowling rankings and Ngidi has shown promise in whatever cricket he has played thus far. So, is Steyn, a senior pro, required to be at their ears during a game? Not quite.

“I think they’re (Rabada and Ngidi) already good enough,” he said. “They are on their own career paths and you have got to let them go about it. You can’t really take control of that because then you try to influence the way people play and what they do.

“You kind of let them do what they do and when they want guidance, they will come and ask and when you see something you feel like you can assist them with then you offer your knowledge. But for the most time you got to let them play and let them go.” 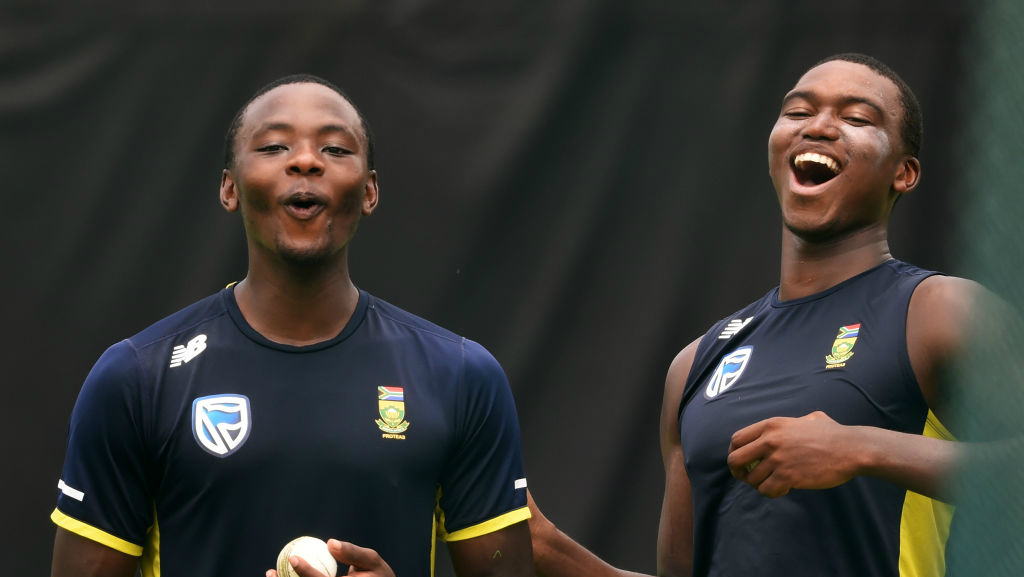 This isn’t to say that the two aren’t curious. “They are becoming fantastic bowlers all on their own and just through being young and wanting to learn they ask questions anyway. So I don’t really have to do much.”

Together, the trio could form a formidable bowling attack and push for South Africa’s first World Cup title, but it wouldn’t be the best of conditions to play for bowlers. England has been host to two world-record ODI totals in two years, both by the home team, and the insufficiency of a 300-plus score has made the bowlers’ job even tougher.

“I have just come back from England and I can assure you this. Everybody talks about how assistant wickets over there are towards fast bowlers. And I can guarantee you that’s not the case,” Steyn said.

“We played the One-Day Cup there and we actually won it (Hampshire) and I think we made over 300 against Somerset and lost that game. We made 375 (356), they chased that down. So the wickets aren’t exactly bowler friendly,” he added.

But Steyn is ready to give it all given that it will most likely be his last World Cup. “Even Australia had played against England and England broke a world record, they scored 400 and something,” he said.

“So, you just got to adapt. You got to go there, look at the conditions, pick a side accordingly and then give it your all. That’s all that it boils down to.”