A heavy porcelain elephant, happy-hour cocktails and the march to professionalism – our secret county cricketer reveals all about pre-season tours.

From the moment you start up again in November, if you know the squad’s going away on pre-season tour in March then that’s pretty much your main thought throughout winter training. It’s certainly not the start of the actual season in April, but those two precious weeks of sun on your back, a bit of team bonding, and training/playing outside with not too much pressure of results.

I’ve lost count of the number of times I’ve explained to family, friends, partners etc that it’s not just a lads trip, it’s a work trip, and that I’ll be up early every day, training hard and looking after my body which I’ve been sculpting all winter…

"The team would train and play hard and get the work done, but play just as hard after hours"

These days it’s actually not far from the truth. For sure, in the early days of my career, I went on one or two trips that were akin to a stag do. But with modern professionalism, it’s a case of ‘get yer head down and work hard’.

In the old days, the team would train and play hard and get the work done, but play just as hard after hours and get stuck into the happy-hour cocktails, before seeking out the nightspots to join in the frivolity of holiday mode, hopefully without getting into too much trouble.

I’ve been on pre-season tours before as a junior pro and seen senior lads get the hump with management over a perception of that there was too much work and not enough play, and watch them head out in the evening specifically to spite the bosses. It was probably not that professional or agreeable, but as a young pro it was quite amusing to see it all unfold. 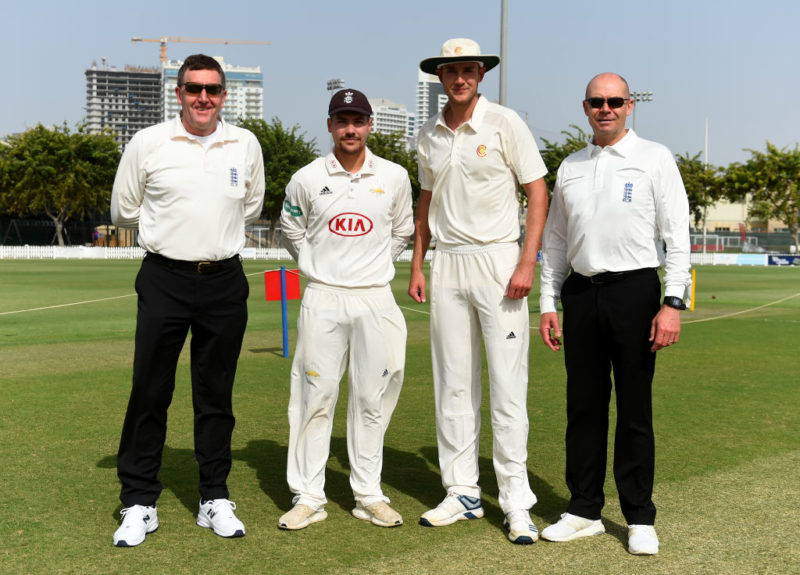 Even the Champion County match has become a more professional affair

It didn’t have to involve trying to sneak girls back into the hotel if you were single or missing the bus due to another appalling hangover. I remember once that one of my teammates somehow managed to push a large heavy porcelain elephant from the hotel reception into the lift and sent it up a few levels hoping to get it into his room, before changing his mind and finding much more amusement from watching the elephant go up and down in the lift until lunchtime the next day, before the warning from hotel management. I’ll never forget our coach trying to keep a straight face as the hotel manager, in broken English, explained how a large porcelain elephant ended up in a lift, with CCTV of the player sliding it across the lobby.

The MCC’s season pipe opener between a select XI and the reigning county champions used to be the one to get on. Knowing some senior pros who have played in it over the years, it was sometimes a glorified lash-up with a bit of cricket thrown in. In recent years, however, even this game has become more professional and it’s now a very competitive fixture played in Abu Dhabi or Barbados. Things have definitely changed, even during my time in the game. Back in the day, your old-school professionals were used to playing after a few drinks, so the standard and seriousness of the game once it started would never be in doubt. I’m not sure many modern young pros could play on a hangover today. I guess they call that progress…