In England in 1990, Sachin Tendulkar was just embarking on cricket’s most celebrated career, while Scott Oliver was experiencing a coming of age all his own.

Sachin Ramesh Tendulkar had been on Planet Earth fully 18 days by the time yours truly emerged from the maternal placenta on May 12, 1973. My father was absent from the event today’s men are compelled to describe as the Greatest Moment of My Life on account of playing – and no doubt batting four feet out of his crease – at the Florence Colliery ground, in whose mines he used to work and in whose social club he would later take 26 points off Steve ‘The Nugget’ Davis.

Of course, Sachin had been lowered directly from the womb into a pair of foam-moulded pads and was already reportedly receiving 45 minutes of throwdowns a day by the time I appeared. Even so, our cricketing careers would follow remarkably similar paths. True, he has scored 34,347 more international runs than I have (correct at the time of writing, although I haven’t yet officially retired), but then Sachin has never scored a North Staffs and South Cheshire League half-century three hours after leaving a rave (also correct at the time of going to press). But we both came of age as cricketers during the summer of 1990.

I had made my Moddershall first XI debut the previous year, a season largely spent fielding and DNB-ing, acquainting myself with the ropes, the pecking orders, the Permissible Banter Latitude, all the while absorbing the ambient wisdom – well, absorbing what the elder players in the team were saying and pretending to assume it was a statement of fact.

Where Sachin was schooled by Kapil Dev, Dilip Vengsarkar and Ravi Shastri, I called upon the learnéd teachings of Bass drayman Maurice Knight, holder of the world taciturnity record; skipper Kevin Colclough, who would unfailingly sup three pints of ‘mixed’ before play; and Drew Heard, a Scotsman who played with a metaphorical thistle in his jockstrap and was only ever a splash of errant spittle from a stramash and a 10-game ban.

That apprenticeship year was also the club’s last in the North Staffs and District League, the second oldest in the country. That winter, one of the founder members of the younger and more prestigious NSSCL folded and we stepped into the vacancy. We were joining the big leagues – albeit the second tier. Our own collective apprenticeship. 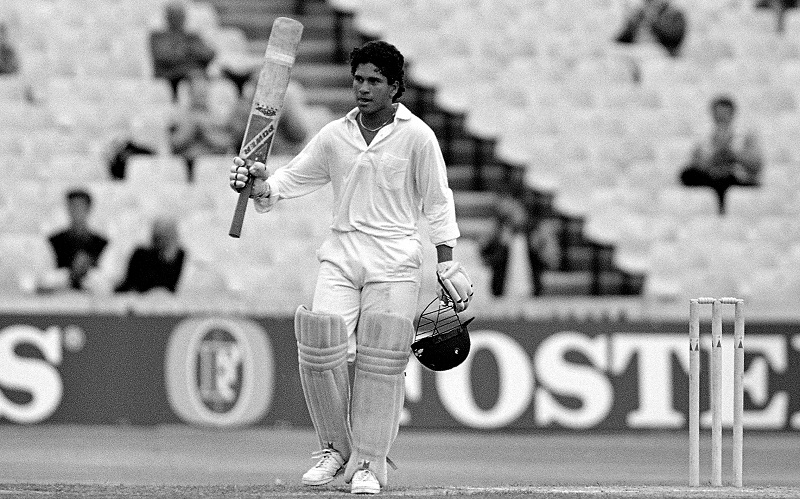 The first stage of this journey into the unknown came at Burslem, and a new-ball pair whose combined pace wouldn’t be bettered in 27 years: Dave Follett, who six years later took 8-22 for Middlesex at Lord’s, and Sibtain Haider, a Lahore émigré with a copious appetite for hashish who I once saw arrested while fully padded up and due in next. I top-scored with 33 out of 104, which, to the surprise of the locals calling us ‘Mickey Mouse’, proved 50 too many. Easy league, this…

The following week I retired hurt after trapping my foreskin in my box, split by a sharp nip-backer from a wiry 20-year-old paceman recently released by Worcestershire by the name of Dean Headley. Despite what Freud might have said about adulthood meaning accepting your symbolic castration, having ice water poured onto your manhood – or late-boyhood – by your dad in order to free it from your so-called ‘protector’ was certainly a learning curve. Maybe it wasn’t going to be so easy after all.

A fortnight later, now both opening the batting and grappling with PTSD, I made what might euphemistically be described as a ‘tentative’ 42 against Norton, once the club of Sobers and Worrell, now skippered by former England and Lancashire seamer Ken Shuttleworth – a tall man with a booming voice and slicked-down jet-black hair who looked like the 1970s incarnate. I didn’t know him, nor him me, but Shutt didn’t shut up pointing out how “bloody crap” I was. It was all vaguely harrowing – no doubt Sachin had experienced similar from Gus Fraser and Eddie Hemmings – and I only scraped together 41 more runs over the next nine weeks.

“Youth no longer seemed an obstacle. If he could do it – and against bowlers as good as England’s – then perhaps so could I”

Still, Liverpool won their 18th league title that May and I looked forward to our continued domestic hegemony, stopping only to congratulate myself on the good fortune of Dad having bought me their strip for my seventh birthday and not, say, that of perennial strugglers Manchester United. It was a good year for the fitba, Italia ’90 also providing a distraction from things, although the semi-final defeat to Germany on penalties was heartbreaking: the anti-Edgbaston ’05. Still, England could look forward to mixing it at the sharp end of many more tournaments in the coming years.

Mitigating these cricketing woes was a final year picking the relatively low-hanging fruit of under 18s cricket, although each 60-odd flakily chucked away reminded only that Saturdays were a man’s game and that I was still a nipper, my hormones still imploring me to explore all avenues to impress girls, which that year meant skulking around in baggy clothes and pork-pie hats in homage to Madchester. Eyup, ah kid. Both my batting technique and clumsy young masculinity were contrivances, their brittleness and fear of failure exposed by any prolonged scrutiny. Proof of my sub-standard pulling came with Headley Part II, when I retired hurt in the first over as a bumper crashed into the point of my elbow.

I was out of my depth, but stayed as opener for the rest of the summer, reaching double figures just five times in the final 22 league games. Cricket was no country for young men, a fact borne out on TV by the venerable Richard Hadlee, who became the first active cricketer to be knighted – although one senior statistician wrote to MCC  to quibble over whether ‘Sir’ should appear on the scorecard prior to his official investiture – then promptly won Man of the Match at Lord’s, aged 39.

Next it was the turn of 37-year-old Graham Gooch to boss things, cudgeling the featherweight Indian medium-pacers around Lord’s for 333 and 123 – the highest aggregate ever made in a single Test – followed with knocks of 116, 7, 85 and 88. Instead of the mercurial Gower, my model had to be this relentlessly relentless RoboBatsman. 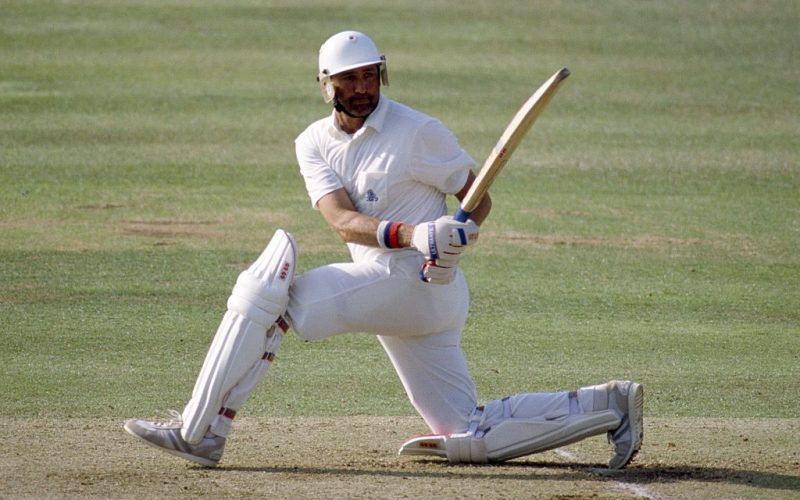 But just as I was becoming resigned to cricketing success being a function of age, the cherubic Sachin came scampering round the long-off boundary at Lord’s to take that one-handed running catch. Come the Manchester Test, the compact and composed Tendulkar and his ‘Kinky Afro’ were repelling Devon Malcolm’s Exocets all the way to a maiden hundred.

At the age of 17, when I was hanging round with people on the basis of whether they could get served in the offie. And Sachin managed all that without having the Sunday morning Kidsgrove and District Under 18s League to help him stay in the groove. I stuck my neck out and predicted a bright future for the lad.

Related Story: Quiz! Name the bowlers to dismiss Sachin Tendulkar in Tests in the 2010s

Youth no longer seemed an obstacle. If he could do it – and against bowlers as good as England’s own Bright Young Thing, Michael Atherton, with hometown match figures of 20-0-90-0 – then perhaps so could I. And I wouldn’t need to wait until my mid-thirties, either. Although the skipper might have demanded a return on his investment a bit before then.