Richard H Thomas marks out 10 mystery spinners from the game’s history, who bamboozled the best in business with their unique craft. Introduction by Roshan Gede.

The art of spin-bowling in cricket probably demands more precision than any other area of expertise in the game. Despite bowling attacks being primarily loaded by quicks, the spinners, since the game’s inception have been the much sought after weapons for fielding captains. The ones with mystery spinners in their ranks have relished the added advantage, particularly in limited overs cricket.

Richard H Thomas picks out 10 mystery spinners, who have made a mark across decades.

Sir Arthur Conan Doyle did more than create Sherlock Holmes. He took a first-class wicket (WG Grace), and thought up the unlikeliest mystery twirler – “a tall, thin young man” called Tom Spedegue, discovered in a forest lobbing balls over a 50-feet high cord suspended between two trees. Consistently it landed “right onto the bails, or into the wicketkeeper’s hands just beyond them”. With the Ashes tied at 2-2 and England needing inspiration, the selectors couldn’t pick an untried club bowler to undo the Aussies, could they? They could, and he did. 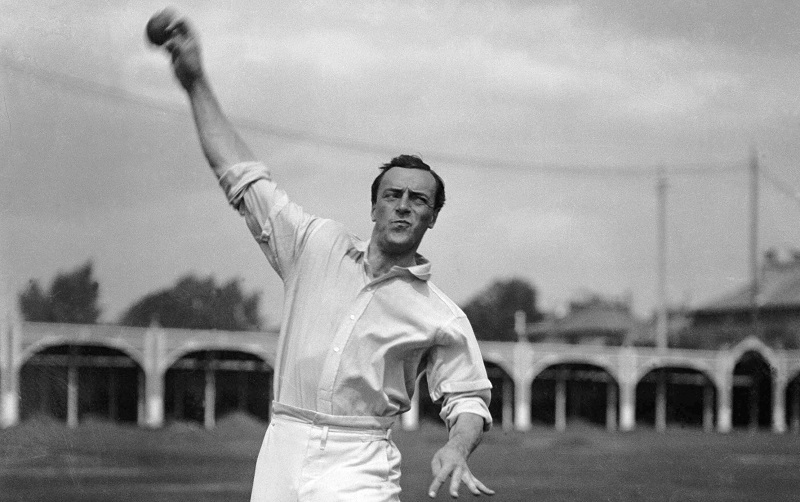 At Lord’s in 1900, Bernard Bosanquet had Leicestershire’s Samuel Coe stumped off a delivery that bounced four times. The event is significant beyond the batsman’s undoubted mortification, since Coe was thought to be the first victim of Bosanquet’s newly invented googly. His contribution to cultural life went further; son Reggie was the most colourful and controversial of all TV newsreaders. According to the Guardian, Bosanquet junior “was often asked to prove his sobriety before broadcasting” by walking along a line specially painted on the floor of the ITN studios. 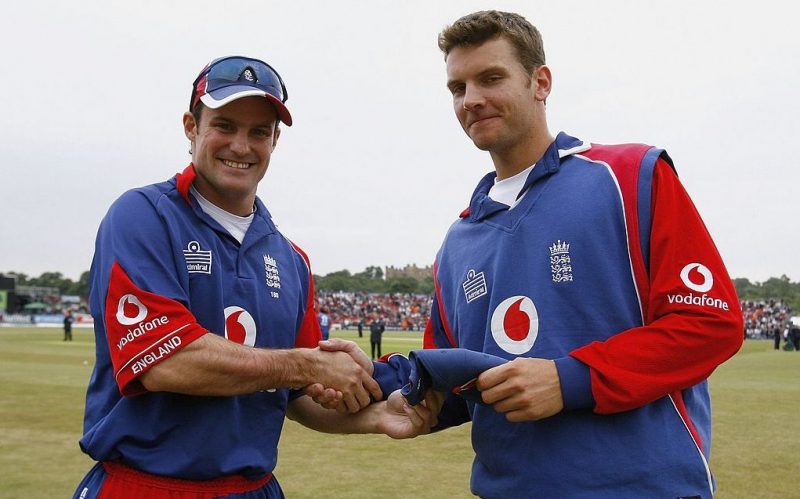 For a short while, England thought they had a Murali. While head boy at Eton, Loudon was shown the doosra by schoolmate Gurik Mann, whose father, according to Loudon himself, was the Punjabi equivalent of Robbie Williams. In Loudon’s hands, the doosra captured some decent scalps, including Trescothick and Butcher. It wasn’t, however, enough to keep him in cricket; after one ODI and 76 first-class matches for Kent and Warwickshire, a business career beckoned. One suspects that history might forget his doosra but remember his romantic connection with Pippa Middleton. 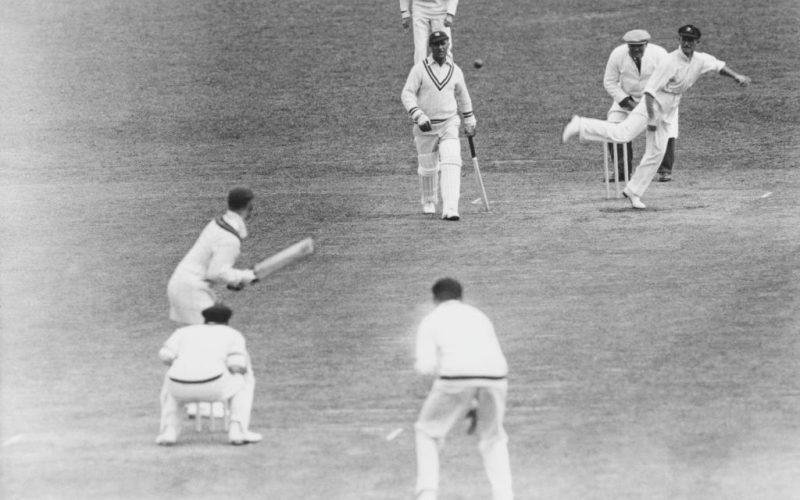 Clarrie Grimmett in action against Essex at Leyton in May 1930

“In the history of mystery,” writes Amol Rajan, “all patents are fraudulent”. Grimmett, a Dunedin-born Aussie Test player, was “wonderful” but did not, as is assumed, invent the flipper. He did perfect it though, and according to Simon Wilde, further dreamed of developing a “wrong wrong ‘un” which looked like a googly but spun like a leggie. “Truly,” says Wilde, “a riddle wrapped in a mystery inside an enigma.” Whatever Grimmett did or didn’t invent, it was an “intellectual treat” to watch him bowl, wrote Ian Peebles.

Even the name, reflected Bob Wyatt, is “redolent of mystery and guile”. The Trinidadian certainly had England batsmen wondering what spells were being cast on them in 1950, when he and Alfred Valentine ran through them like a dose of salts. He’d played only two-first class matches before the trip, but, with sleeves buttoned to the wrists, he took 26 wickets at 23 each in only four Tests. Eventually the magic was unpicked, but it was glorious while it lasted. His attempts to persuade grandson Kyle Hogg to bowl tweakers fell on deaf ears. “Everyone wants to bowl fast,” he mused. 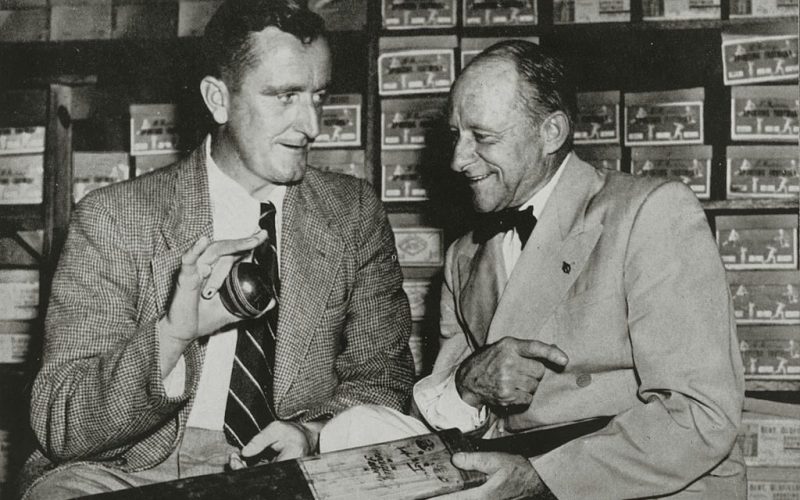 During idle moments in Papua New Guinea amid the horrors of war, Iverson developed all sorts of unimaginable ways to spin ping pong balls. Once home, his thumb-and-middle-finger grip worked on cricket balls too, and after wandering into club cricket in Victoria, he took 15 wickets on debut. Shortly after that, he took 21 English wickets in the 1950/51 Ashes. But he was complex and lacked confidence, and soon, reflects Robert Winder, “having wandered into the sunlit uplands of his sport, he wandered out again, and retired to run his father’s property business”.

“The first deceived Richie Benaud, and the second bamboozled a suited and booted Bradman in the nets”

On Australia’s 1968 trip to England, Gleeson took 58 wickets at 20.65 each, and good players scratched their heads. Two deliveries shaped his career. The first deceived Richie Benaud, and the second bamboozled a suited and booted Bradman in the nets, rearing up and hitting the old boy on the hip. His method was based on Iverson’s; Jack Pollard reports that he didn’t turn it like Iverson, but used the bent finger grip with “far more subtlety”. Gleeson himself was pragmatic about mystery spin: “You can do three things: spin from leg, spin from off or go straight.” The ball, he insisted, “can’t disappear or explode”.

What will England get when Saqlain joins as a consultant for the series against his country of birth, Pakistan? One of the most durable magicians on our list, that’s what. According to Simon Wilde, one reason for such longevity (833 first-class wickets) is “a delivery which few batsmen could pick” – one that shaped towards slip but spat viciously, “with no discernible change of action”. The craftiness was developed at Surrey, when skipper Adam Hollioake insisted every new batsman got Saqlain’s doosra first up. So when Hollioake faced his pal in an ODI at Sharjah, he knew it was coming, but it still fooled him. Unfortunately for Saqlain, Moin Khan missed the stumping. 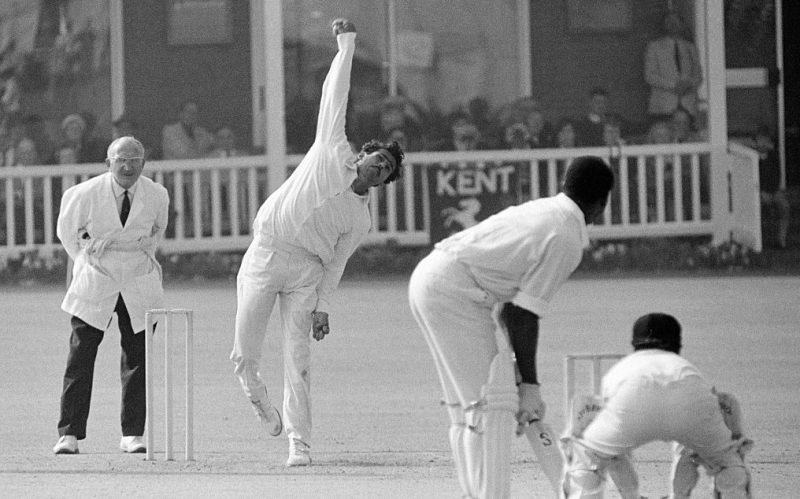 His right arm was withered and rendered useless from childhood polio. Except it wasn’t. As Arunabha Sengupta reports, Chandra turned deformity into “a lethal weapon”. Operating at medium-pace, he foxed 242 victims in 58 Tests, and his 6-38 against England at the Oval in 1971 was Wisden’s “best bowling performance of the century”. The most hopeless Test batsman of all time, he let the ball do the talking. “As I’m walking back I think I’ll bowl a googly,” he is quoted as saying by Peter Roebuck. “Then, just as I let it go, I say sod it, I’ll bowl a top spinner”. No wonder the batsmen were clueless. 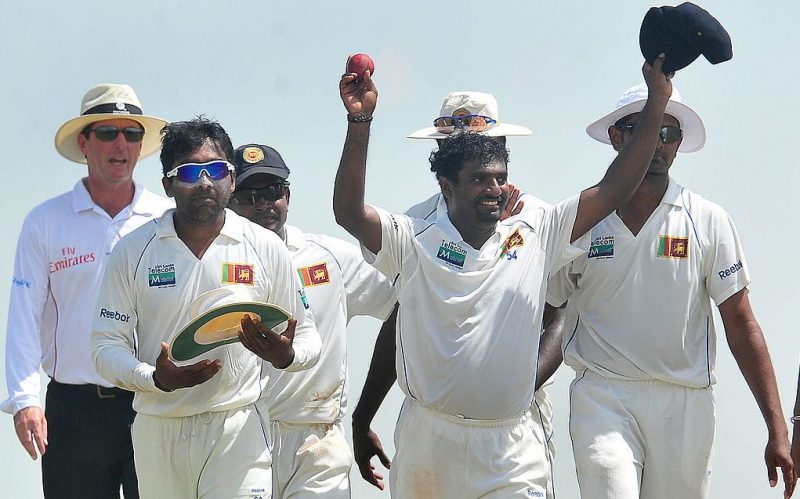 Muttiah Muralitharan picked up a staggering 1,347 wickets from 495 international appearances

The greatest magician of all. One diminutive Sri Lankan, all versions of all deliveries, tons of wickets and a whole heap of controversy. Some, reflects Hugh McIlvanney, took “an ambiguous attitude” towards him. Fortunately, he says, plenty thought of him as “a totally legal baffler of batsmen”. Mike Selvey reports that when Fred Trueman reached 300 Test wickets he remarked that anyone who did the same would “be bloody tired”. But by 300, reports Selvey, Murali “had scarcely warmed up”. When he took his 800th, with batsmen no clearer about what he was doing than when he took his first, McIlvanney concluded that “sporting immortality could not be bestowed on a more modest or endearing human being”.