England’s quartet of Surrey stars take the cover of the latest issue of Wisden Cricket Monthly, out on November 22.

We also team up with analytics company CricViz to investigate a new golden age of pace bowling in Test cricket, using three metrics (pace, accuracy and lateral movement) to determine the most skilful seamers in the world right now. The final list makes for interesting reading…

Elsewhere, Kumar Sangakkara picks out his former teammate Rangana Herath as his next ‘Titan of Cricket’, Jonathan Liew forecasts a renaissance in the art of pure wicketkeeping, Mel Jones previews a tantalising Test series between Australia and India, and John Stern delves into the rise of the ambidextrous cricketer.

A jam-packed issue also includes an exclusive interview with Wasim Khan who explains the rationale behind the reforms to county cricket from 2020, as decided by the ECB working group which he chaired.

“All I’ve ever really wanted is an opportunity to play at the top level, and then whatever happens, happens. Being older, I can draw on certain experiences from my past. Someone who is 28 can work things out better on the spot than someone who is 19. You may be in a better position to take that one opportunity.”
Rory Burns on his long wait for England recognition, in an exclusive interview by his longtime Surrey teammate Arun Harinath 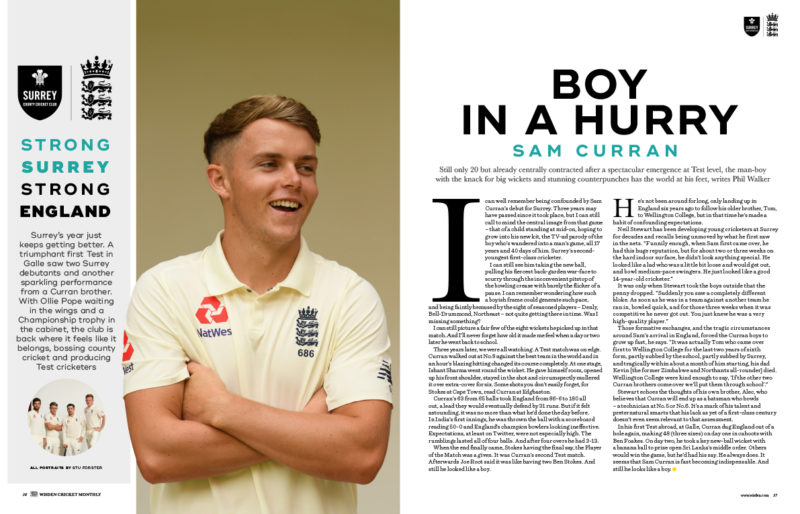 “I remember seeing this BBC Sport thing, ‘Pick your England side for the Pakistan Test’, and I was one of the four names that you could pick at No.5, and I was like, ‘That’s just bizarre, I’ve hit two first-class hundreds’.”
Ollie Pope on his rapid rise to become an international cricketer

“You can spot pure keepers a mile off: the lightness and dexterity, the sensitivity and suppleness, the way they don’t simply catch the ball but take it: cradle it, coddle it, give it dry clothes and ask if it’s had anything to eat.”
Jonathan Liew says we could be entering a new golden age of wicketkeeping

“Abbas has only taken one Test wicket with a delivery over 135kph, yet he has the best bowling average in over a century. In some ways, he feels constructed by some sort of Boycottian-god to prove a point about modern batting. He is, on the face of it, not threatening enough to get batsmen with solid techniques out. In a world where batsmen are raised on white-ball cricket and are more eager to score than they are to occupy the crease, Abbas is kryptonite for an entire generation of players.”
Ben Jones of CricViz on the sensational returns from Pakistan’s Mohammad Abbas, one of the top 25 seamers in our special feature on a new golden age of pace bowling 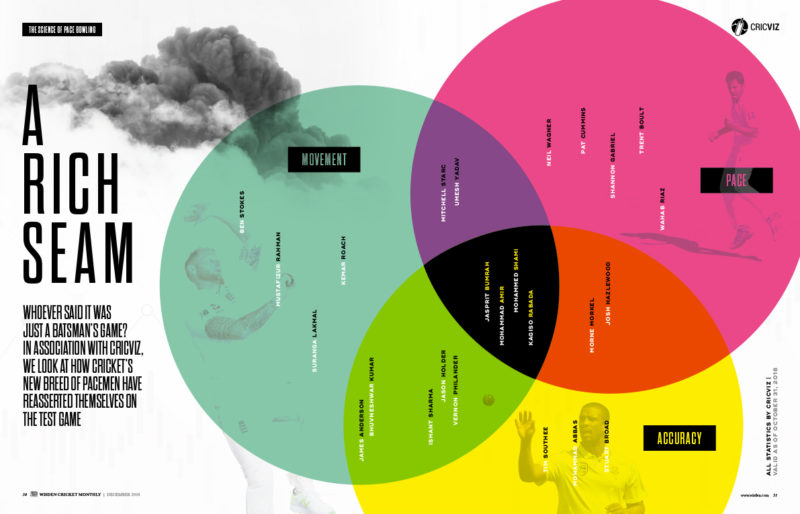 “The first challenge is going to be getting the Australian public back onside. After the ball-tampering saga, the cultural review and the fallout from that, people are tired and ready for a turning point.”
WCM columnist Mel Jones says the forthcoming home Test series against India is one of the toughest an Australian team has ever had to face

“We simply can’t afford for it not to work. It’s got to be a ‘one game’ approach now. Our credibility is on the line.”
Wasim Khan, who recently chaired the ECB working group which set out the new county structure from 2020, on the importance of making the new 100-ball competition a success, despite the misgivings of many fans 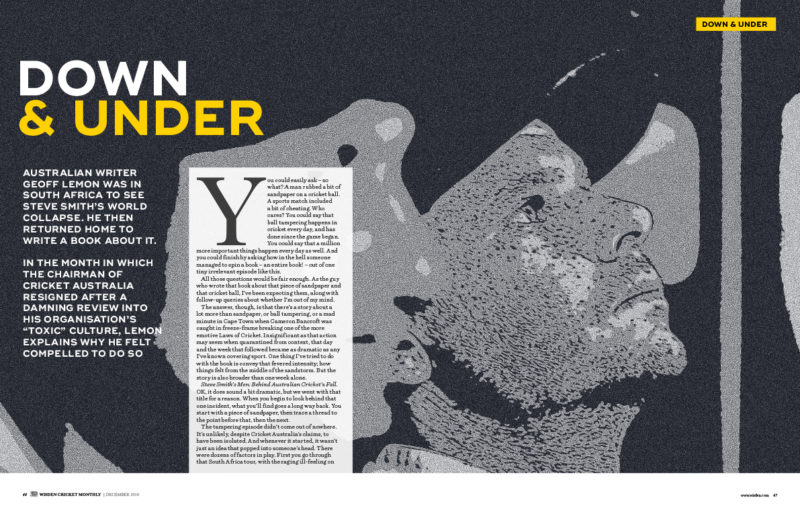 “For me, Rangana Herath is the greatest cricketing role model that Sri Lanka has produced because of the challenges he has had to overcome, stepping out of Murali’s shadow into the light, really making the position his own and conquering the world. He’s an object lesson to any youngster.”
Kumar Sangakkara pays tribute to his friend and former teammate in his ‘Titans of Cricket’ series

“One way to outgun or outmuscle the opposition is to have more players on the field than they do. Taken to its extreme I’d have bowlers who could bowl left- and right-handed and fielders who could field with their right and left hands.”
Former Australia coach John Buchanan speaks to John Stern about the possible rise of the ambidextrous cricketer 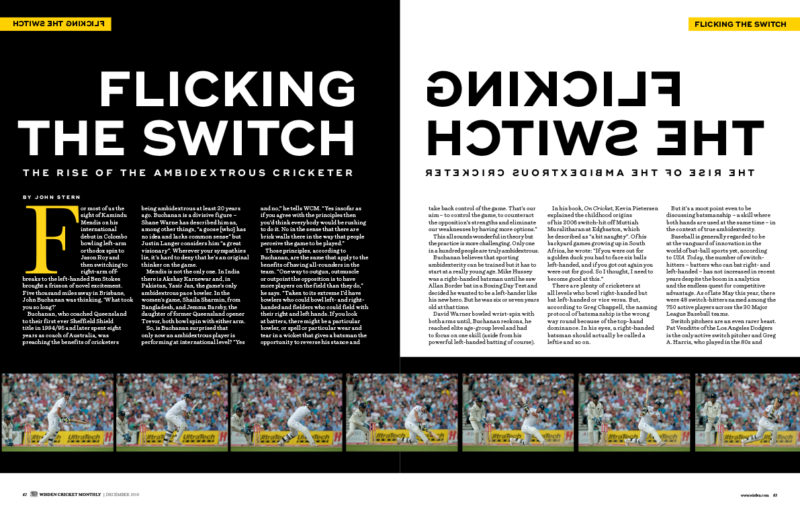 “I based my decision on character. I felt that some of the young guys weren’t playing for the right reasons. They were playing for money or fame or the external stuff rather than a love of playing the game.”
In ‘A Cricket Life’, Mike Hussey on why he passed the responsibility of leading Australia’s team song on to Nathan Lyon when he retired

“I spend my life convincing myself I’m someone else, with other people who are pretending they’re somebody else too. So I’ve become good at recognising lying. You see adults running up like fast bowlers, but, you know, they’re lying to themselves.”
Celebrated character actor Toby Jones speaks to Felix White about his enduring relationship with cricket 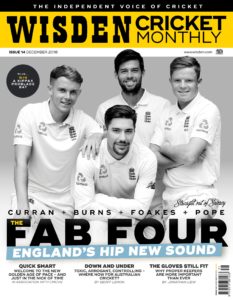