The honours after the first day of the first Test between Pakistan and Australia in Dubai were firmly with the home side, with the scoreboard reading 255-3.

But Australia did claw back in the final session, after Mohammad Hafeez and Imam-ul-Haq, the openers, had put on 205 after Pakistan opted for the first strike. Nathan Lyon first sent Imam back for 76, and Peter Siddle then dismissed Hafeez for 126 before Jon Holland accounted for Azhar Ali.

It was an outstanding comeback for Hafeez, playing a Test for the first time since August 2016, while Siddle, back in the Test whites after November 2016, was also pleased with his efforts, having given away just 23 runs in 15 overs. 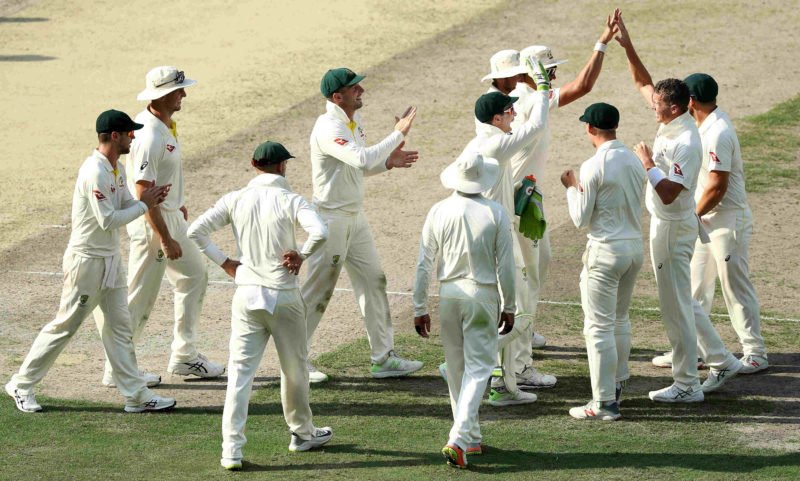 Siddle picked up Hafeez’s wicket in the final session

“I’ve always dreamed of playing for Australia again in the last few years, but I’ve concentrated on just performing wherever I played. Today was a nice reward for the time I’ve put in off the park and all the other teams I’ve played for in the last 18 months to get back out there and pull on the Baggy Green and walk out there with those three guys starting their journey,” said Siddle after the day’s play.

“The first Test (after a break) is always hard, you use up so much energy building up for that match, building up for that first leap. Day one is usually the hardest because you’re so hyped to get into it. To only go for (a few) runs at the back end of a day when a team is none down at tea, that’s a tremendous effort from the whole group to be able to restrict them to that.”

While Siddle took his tally in Tests up to 212, it was a 10th century for Hafeez in his 51st Test, and his thoughts were very similar to Siddle’s.

Peter Siddle provides an update on the fitness of Mitchell Starc after the Australia quick went down with cramp late on day one of the first Test against Pakistan pic.twitter.com/OcBsqdgw1D

“I’m so happy. I tried my level best in the last couple of years to try and get back in this format, and I’m so happy to get a chance in this team after a long, long time waiting for that. I’m really happy to do something good for the team,” he said.

For Hafeez, there was no fear of failure, because he was prepared and confident.

"It was well-toiled by us and you look at it at tea time, it could've been a lot worse"

“I prepared myself very well. The whole team has really given me lots of confidence during the practice sessions we had together and that feeling encouraged me a lot and obviously, as a senior player, I wanted to do well in this Test series.” 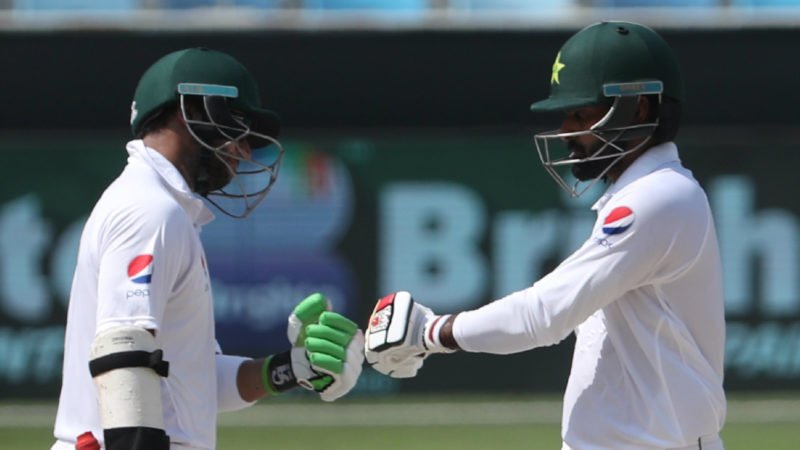 It was a rough day out for Siddle and the other Australian bowlers, as was expected in the Dubai heat. But the three wickets at the fag end of the day lifted their spirits.

“It’s always a tough challenge going over to the different Asian conditions and digging in with the heat, but the boys handled it really well – today was one of the cooler days we’ve had since we’ve been here,” said Siddle of the 36-degree midday temperature.

“It was well-toiled by us and you look at it at tea time, it could’ve been a lot worse … To get wickets along the way, it showed the hard work’s paying off.”