Twin fifties and a first innings six-for from Sam Curran helped England Lions secure a draw against an Australian XI in the only unofficial Test match at Canterbury.

The Australian XI posted a very competitive score of 397 in the first innings, with centuries for Ashes hopefuls Travis Head and Matthew Wade.

Head, who missed out on Australia’s World Cup squad, hit an unbeaten 139, while Wade hit 114 until he was trapped lbw by Curran. The Surrey all-rounder took six wickets in total, including Test captain Tim Paine for a duck, as Australia lost their last six wickets for just 17 runs. 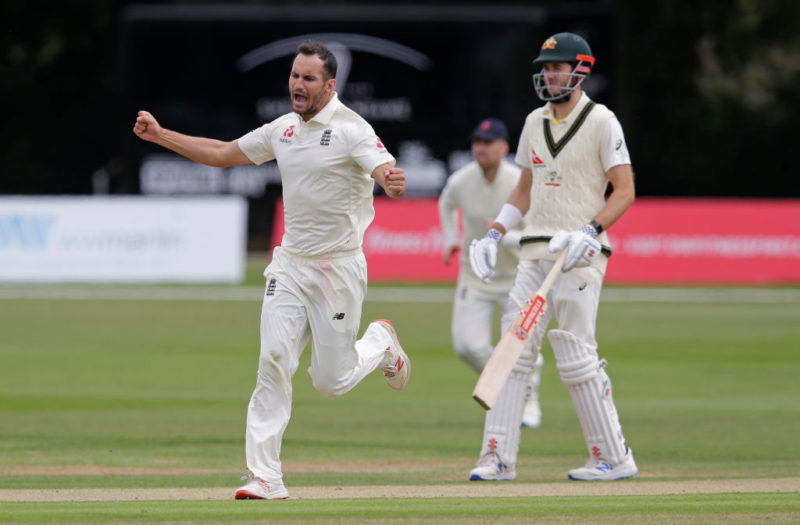 The hosts struggled in response, but Warwickshire opener Dom Sibley – no one has scored more runs in this year’s County Championship than him – dug in to notch 74, while Curran was in the action once again, contributing an important half-century which helped the Lions reach 267.

The Australian XI made 252-8 in their second innings before declaring, setting England a total of 383 to win. Marcus Harris top scored with 50, backed up by Kurtis Patterson and captain Paine, who both hit 38.

18 months ago, @Gloscricket‘s @bobbybracey25 was a student without a full-time contract.

Today, he makes his England Lions debut against Australia A.@Yas_Wisden talks to Bracey about his rapid rise – one helped immeasurably by the MCCU system. https://t.co/7sGLB7Ivp2

The Lions never looked likely to chase their target down and by the time Curran arrived at the crease for the second time, with England 154-5, the sole purpose was avoiding defeat.

Curran reached another half-century with an entertaining 81-ball 56*. It was his 18th first-class fifty – three of which have come for the England Test side – but he is yet to reach three figures in any format.

Warwickshire’s Sam Hain made 53* as he and Curran racked up an unbeaten partnership of 113, which saw the Lions home to a comfortable draw after four days.