Keaton Jennings, Jonny Bairstow and Stuart Broad: three batsmen who had no answers whatsoever to Jasprit Bumrah’s pace and swing in Southampton on the first day of the fourth Test on Thursday, August 30.

It started with Jennings. In there to try and save his Test career, Jennings had played out three balls when Bumrah charged in. It was the third over of the morning, and Bumrah, from over the wicket to the left-hander, directed the 139kph delivery just outside off.

Jennings seemed to be shouldering arms. But the ball changed its mind midway through, homed in and hit Jennings’ pads. It looked like it had gone through his legs, but LBW it was. It boomeranged properly, that one. 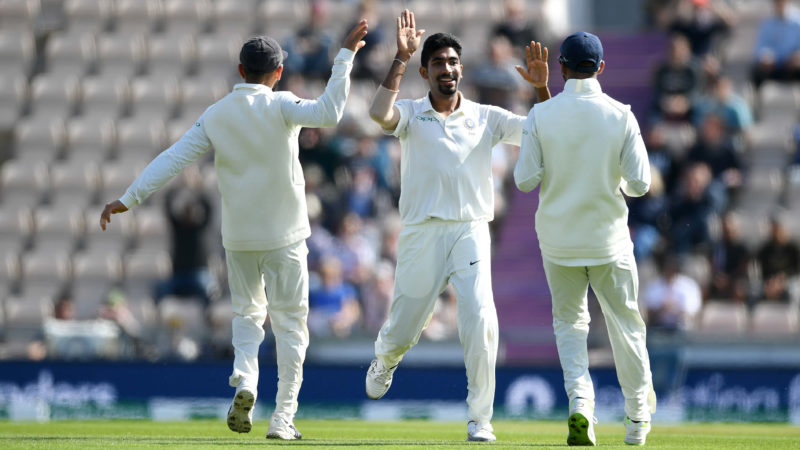 Bumrah picked up 3-46 in the England first innings

“Whenever a plan works it’s a good feeling. A dream delivery? I don’t know about that, but it’s good when you get an early wicket so I’m very happy,” said Bumrah, who finished with 3-46 in England’s 246. At one stage, England were 86-6 and in danger of getting bowled out around 100. Sam Curran ensured that didn’t happen, but it was certainly advantage India at the end of the day, with Shikhar Dhawan and KL Rahul taking them to 19-0.

“It’s not a new delivery – I’ve always had it. I have the in-swinger and the out-swinger. I bowled that to Chris Gayle in the [World T20] semi-final as well,” pointed out Bumrah in reply to a question on the magic delivery.

“I have many options, but you don’t want to use too many options in a single day – whenever you feel that option is suitable, then use it.”

If the morning belonged to Bumrah, and India, the second session was all Curran, as he hit 78 in just over three hours to rescue England.

“He played well. When he came in to bat, he played a waiting game. He left the ball well. At that time, as the ball got older, it stopped swinging a lot – there was less seam movement as well and the wicket got slower,” said Bumrah. 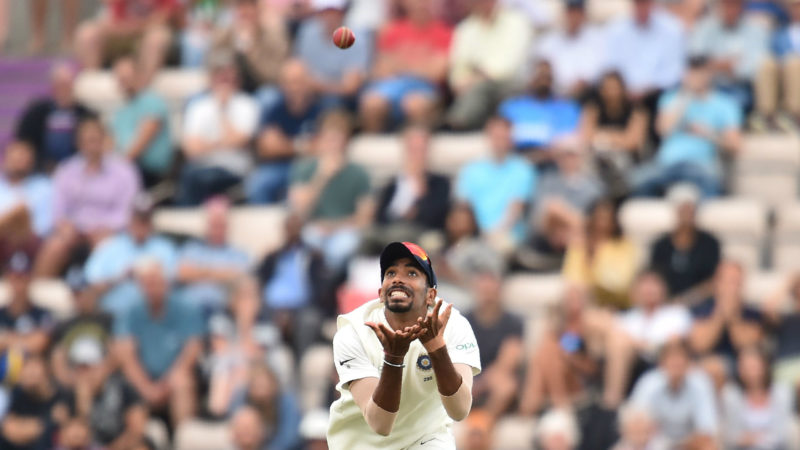 Curran was the star, but got good support from Moeen Ali – both players were recalled for the game – who scored 40 in close to two-and-a-half hours.

“They played some shots and scored some runs. After the break, we decided that we’d have to create pressure again and work hard for a wicket.”

That paid dividends, as Ali fell in the 60th over, caught brilliantly by Bumrah attempting to hit Ravichandran Ashwin over the top. Just 16-odd overs later, the England innings wrapped up.