England justified the selection of three specialist spinners by bowling Sri Lanka out for 203 and ending the second day of the first Test in Galle 177 runs ahead.

After Jack Leach and James Anderson had managed to get debutant Ben Foakes to a maiden century on debut – he fell for 107 as England were bowled out for 342 – the tourists’ bowlers took control, dismissing the hosts in 68 overs to establish a commanding 139-run first-innings lead. That gave Keaton Jennings and Rory Burns half an hour to bat at the end of the day, which they survived comfortably as England closed 38-0.

Waking up at 4.30am isn’t always high on my agenda but watching Foakesy make his debut ? for @englandcricket has made it worth it. Well batted sir ??✅

It was the swing of Anderson and Sam Curran, sharing the new ball, who made the initial breakthroughs, Dimuth Karunaratne nicking off to the right-armer second ball to give Foakes a first Test dismissal, before Curran swung one in to trap Kaushal Silva lbw in the fourth over.

From there the triumvirate of twirlers took over. Jack Leach had Kusal Mendis (19) caught at slip with a classic left-armer’s wicket and Dhananjaya de Silva (14) followed soon after, bowled by Moeen Ali – who took 4-66 in 21 overs– while attempting a fine sweep. 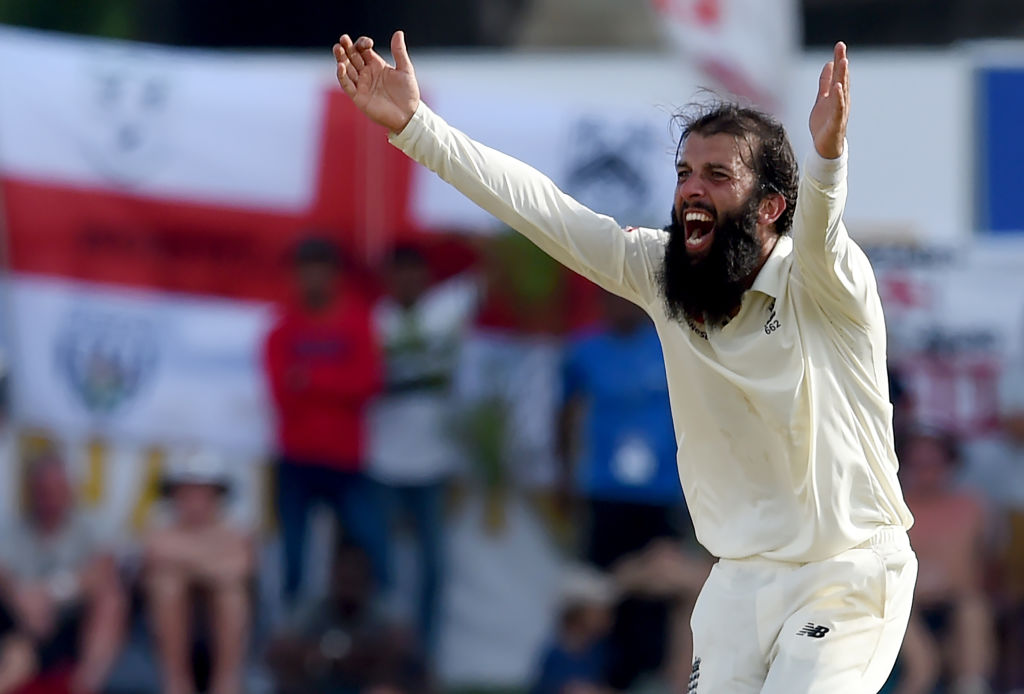 Captain Dinesh Chandimal, struggling with a groin strain, battled hard for 33 but was out just before tea, coaxed from his crease by Adil Rashid, with Foakes completing the stumping, so that Sri Lanka went to the break five down.

Angelo Mathews, on 52 from 122 balls, was his team’s main hope now, but was caught at short-leg off Moeen first ball after tea, to affirm England’s dominance. Moeen, bowling with spin and control, kept the pressure on, and though Niroshan Dickwella scored 28 with typical flair, the Sri Lankan wicketkeeper soon hit the off-spinner to short cover, where we was well caught by a diving Jos Buttler. Akila Dananjaya was caught behind to a classic off-spinner from Moeen third ball, and Leach had further reward for his controlled display with the wicket of Dilruwan Perera for 21, caught at cover by Buttler. Leach ended with 2-41 from his 18 overs.

A classy touch from England… ?

Root shakes Herath’s hand to show the respect they and the cricket world have for the retiring spinner. ?

Adil Rashid finished things off with a well-deserved second wicket as Suranga Lakmal edged an almighty slog to the hands of Anderson at point. Rashid, used in a more attacking role than the finger spinners, had bowled with impressive energy and aggression, spinning his leg-break and googly threateningly throughout to finish with 2-30 in just nine overs.

It was a day that vindicated England’s selections for the first Test still further, and though no one would rule out a disastrous collapse from this side, it would need to be a bad one to bring about a defeat in this match. Whether England press for victory tomorrow or rain prevents them, it’s already difficult to see how Jonny Bairstow would slot back in for the second Test in Pallekele.