Five moments from a perfect last day as England claimed the series 4-1.

Throughout KL Rahul’s innings, the Indian opener played with a freedom he’s lacked during a tough tour, the series and match situation giving him licence to have a go. But for one nine-ball stretch he was something else entirely, AB de Villiers and Virender Sehwag reincarnate. He started it on 78 from 109 balls. A trio of sweeps, a conventional bookended by reverse, off Moeen Ali brought a brace of fours and a single. 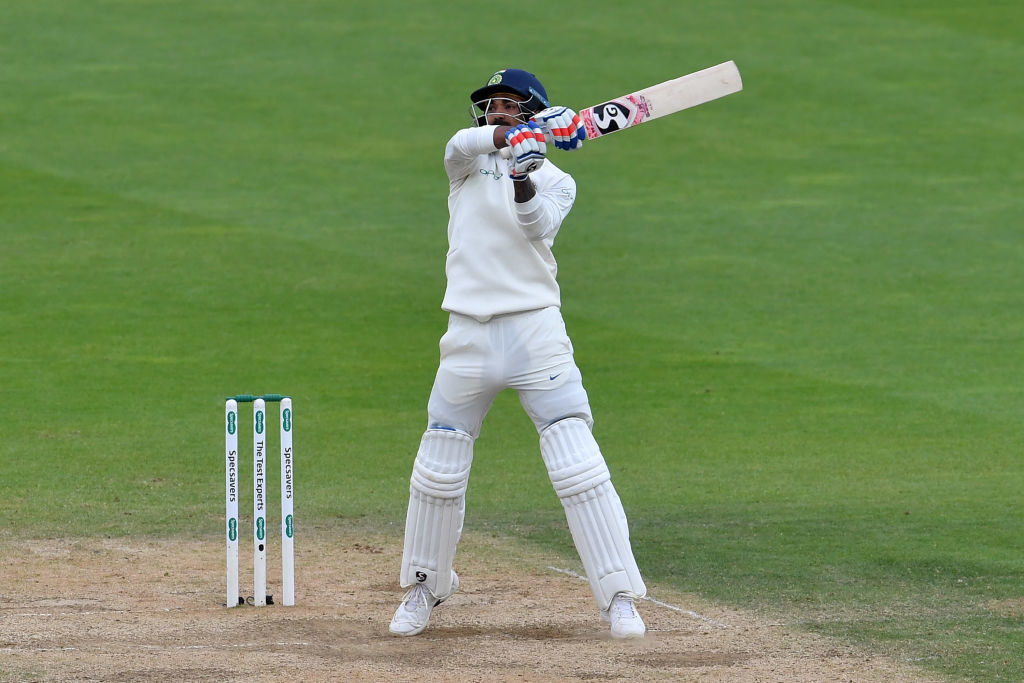 The first ball of the next over, bowled by Ben Stokes, was the pick of the bunch, short and wide and marmalised over extra cover for six. A top-edged pull for four two balls later, and another ridiculous flat-bat down the ground to end the over, and he had his hundred. At that point he had 101 out of India’s 152, and all but four of a 31-run partnership with Rishabh Pant. All he needed was someone to stick with him…

And he got it, via one of the great maiden Test tons from Rishabh Pant. The man himself has never lacked confidence – he did get off the mark in Test cricket with a six – but many wondered whether that bravado, his staggering first-class record, and his IPL exploits were simply the products of flat Indian pitches on which you can swing through the line with impunity. 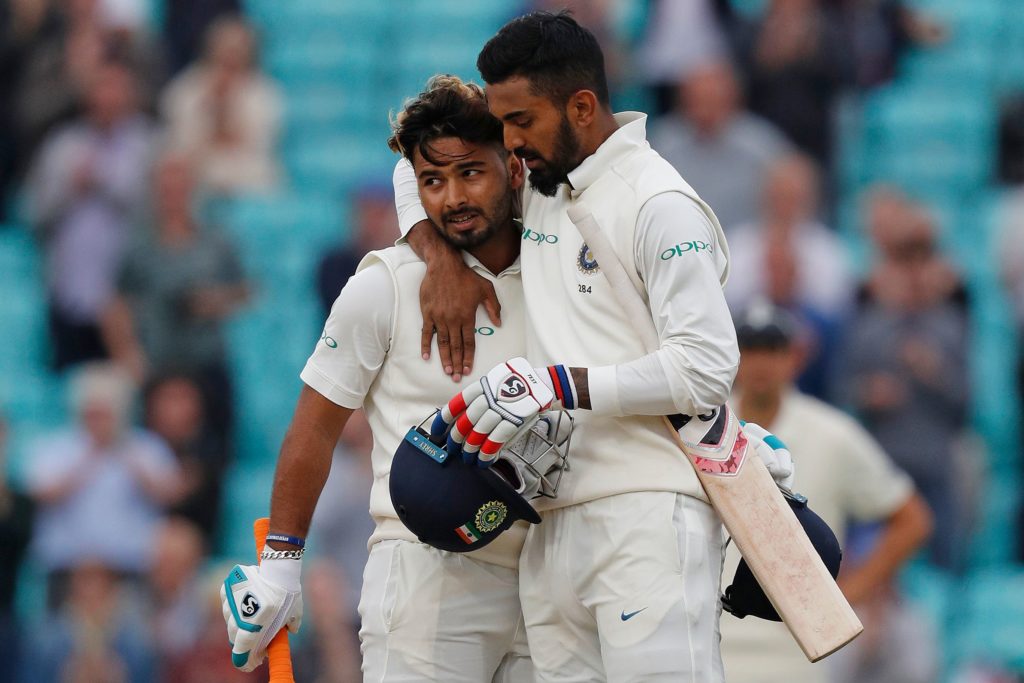 This innings showed that Pant is truly something special, and he did it his way, all fast hands, massive follow-throughs, and no respect paid to the bowler when it wasn’t warranted. His hundred came up the only way it could, with a six off Adil Rashid, slammed miles over midwicket. Remember the name.

On a flat pitch, with a mountain to defend, and seven wickets to get, you might think England would use this day for a bit of practice. It’s been on flat pitches where England have been found out recently – this could have been the chance to see if Rashid could be the secret weapon. Instead we had Joe Root whirling away. His six over spell was tidy, but it wasn’t that threatening, and as Rahul and Pant made hay it appeared he might have made another declaration to regret, as he did at Headingley last year. Instead… 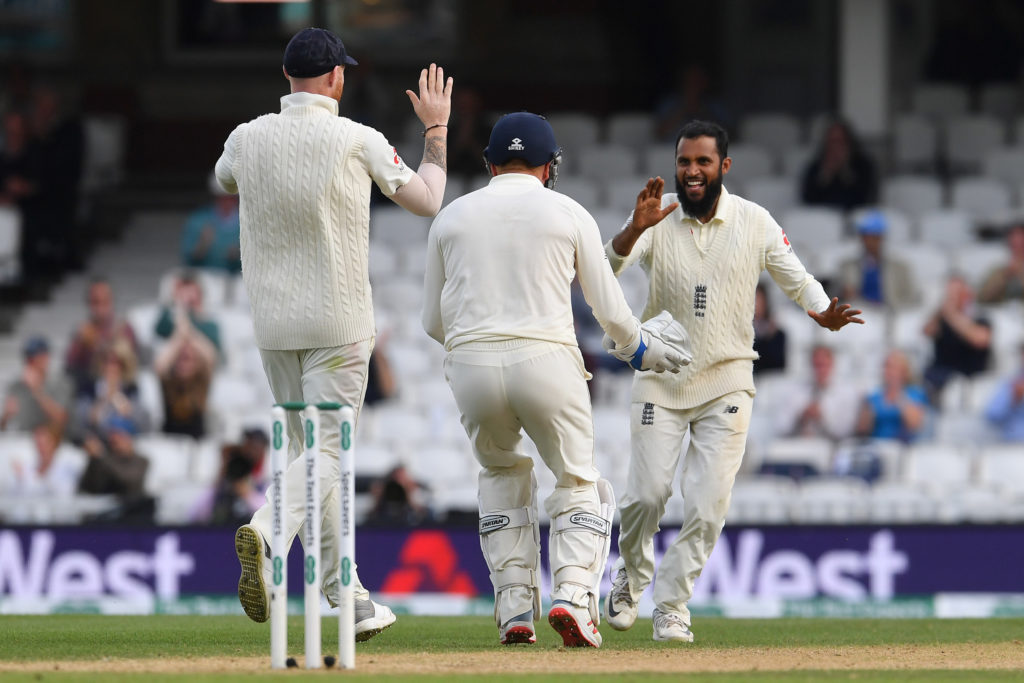 England and Joe Root haven’t had much need for him this series, able to lean on their cavalcade of seamers and all-rounders. He finally got his chance to make a decisive contribution, bowling on the fifth day for the first time this series. His dismissal of Rahul broke the game open, and was a pearler, pitching miles outside leg and hitting off. It’s why he needs to go to Sri Lanka, and why he’s worth including even if often he won’t do much. 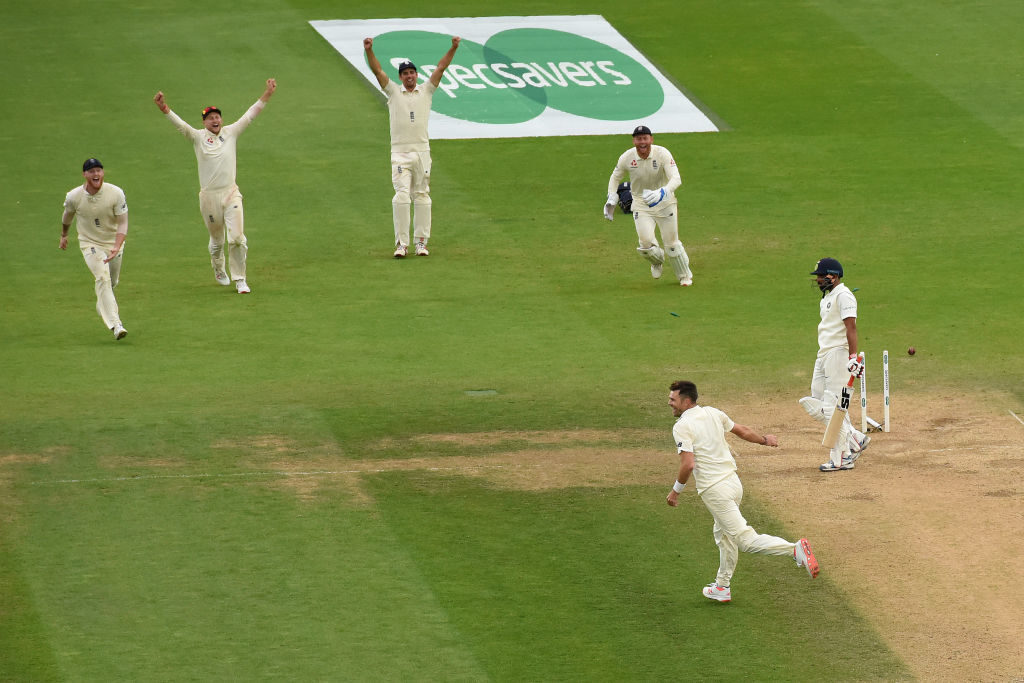 If ever a Test match was written in the stars it was this one. With one left for England to claim victory, the Oval crowd urged him on. With the new ball in hand, Anderson made sure that he broke McGrath’s record on the pitch alongside his great friend and teammate Cook. After taking two wickets in his second over, he probably didn’t think it would take him another 24 hours to take a record breaking third. The wait was well worth it though and it gave Anderson, Cook and England the perfect end to the perfect Test.