Alastair Cook was denied a century in his final Test match as India’s seamers sparked a collapse on the first day at The Oval, leaving England 198-7.

Here are the five moments that defined day one.

“It is final. I have done my bit,” said Alastair Cook after announcing his retirement from Test cricket in the lead-up to this match. Well, not quite. England’s record run-scorer provided one more, and possibly final, reason for fans and teammates to say #ThankYouChef, even if he couldn’t provide the fairytale hundred that was starting to look inevitable after he brought up his first half-century of the series.

Greeted by a guard of honour from Virat Kohli and his team, Cook’s innings was reassuringly familiar: solid without ever looking wholly comfortable, judicious outside off stump and speckled with trademark flicks off the hip. Two boundaries in consecutive deliveries off Jasprit Bumrah – the first a clinical square-cut, the second a meaty pull stroke – were reminders of Cook at his very best. 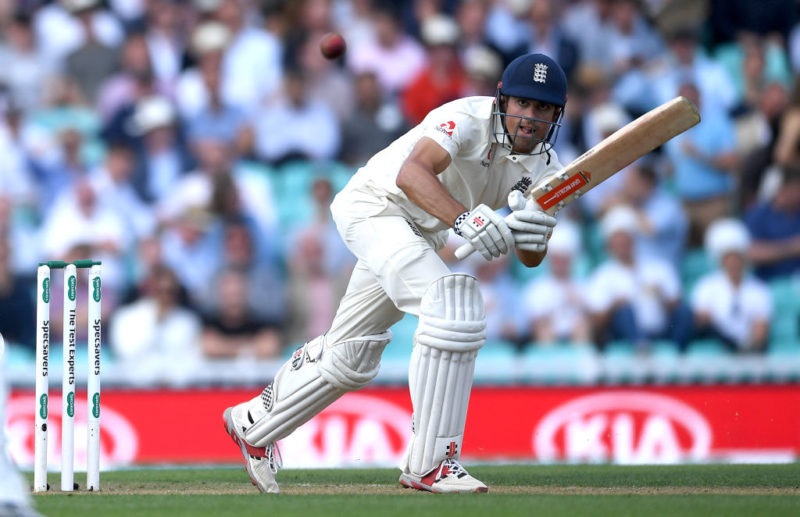 He was finally bowled by Bumrah off an inside edge for 71, drawing a gasp of surprise from the Oval crowd who had settled in hoping to watch Cook bring up a 33rd Test century.

Watching Cook today it was tempting to think, particularly in view of the collapse that followed his dismissal, that he has brought the curtain down too soon; that he still has more to give to this talented but in many ways fragile England side. But only he knows.

With Cook calling time on his Test career, England are looking for two, perhaps three, openers to take to Sri Lanka this winter and Keaton Jennings failed to nail one of those spots after a stodgy innings which was neither quite one thing nor the other.

The Lancashire left-hander successfully saw off the new ball, as he and Cook put on 60 for the first wicket – England’s highest opening stand since the Lord’s Test against South Africa last July – but then guided the ball into the hands of KL Rahul at leg slip off Ravindra Jadeja to fall limply for 23, showing his frustration with a swish of the bat as he left the crease. 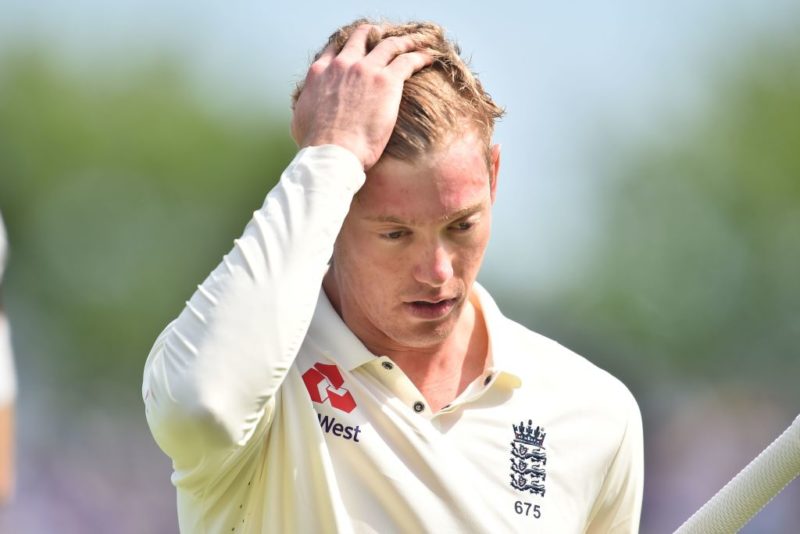 Jennings fought hard but was dismissed for 23

Jennings has now failed to score a half-century in 17 innings and when you consider his first-class average is a modest 34 there is mounting evidence to suggest he is simply not cut out for this level. That said, his century on Test debut in Mumbai two years ago will be in the thoughts of the selectors when they sit down to select their squad for Sri Lanka and with openers up and down the land struggling for runs (with one or two notable exceptions) he may yet earn a reprieve.

The return of Test cricket as we knew it

After a series that has raced along at breakneck speed, with wickets tumbling and batsmen seemingly unable to curb their attacking instincts, the first two sessions were something of a throwback, as England crawled to 123-1 in 59 overs by the tea break.

The second session was particularly sedate, Cook and Moeen accumulating 55 runs in 31 overs with India unable to break the partnership, despite beating the bat repeatedly.

For the Test match purists who have been tearing their hair out at some of the reckless strokeplay in this series, it was a reassuringly pedestrian passage of play.

It was never likely to last with this England side, though. Bumrah’s removal of Cook signalled the fall of three wickets in nine balls, as Joe Root – playing across the line and falling lbw to Bumrah – and Jonny Bairstow – edging behind to a Ishant Sharma delivery he could have left – were dismissed for ducks to swing the game back towards India.

India’s seam attack can consider themselves unlucky in the extreme to finish on the losing side in this series. Mohammed Shami bowled brilliantly again with no luck, Bumrah has taken to Test cricket with ease and Ishant Sharma is bowling as well as at any point in his career. 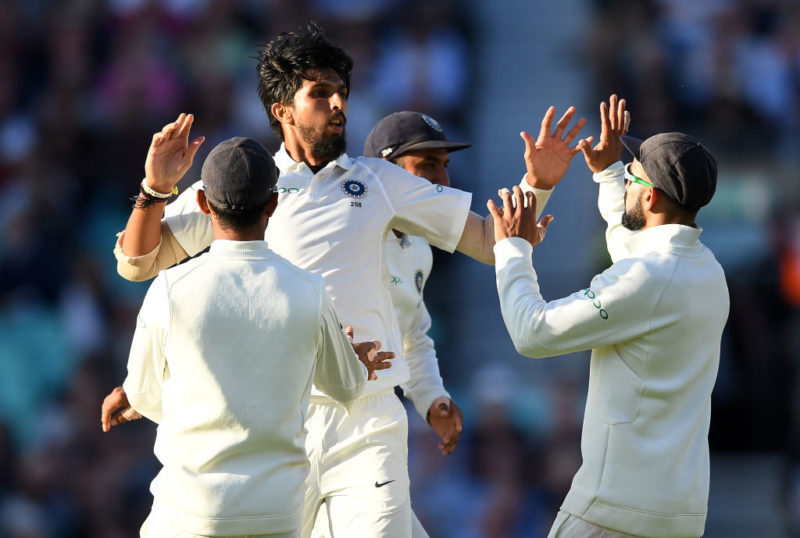 Ishant Sharma has been a constant threat

Ishant was the pick of the bowlers on day one, returning figures of 22-10-28-3 to take his wicket tally for the series to 18, one behind James Anderson.

A Moeen Ali innings is generally a thing of beauty. His innings today was anything but.

Promoted to first drop to allow Root to move down to his favoured position at No.4, Moeen was given a working over by India’s seamers, repeatedly playing and missing in his slowest, and surely most fortuitous, first-class half-century. CricViz data revealed that he played 35 false shots during his 170-ball stay at the crease.

His 50 runs may yet prove vital in this match but the manner in which he made them did little to push his case as a long-term solution at No.3.