Tom Banton was given out LBW in controversial circumstances in the deciding T20I between New Zealand and England at Eden Park, in the visitors’ reply to New Zealand’s 146-5 in 11 overs.

As VAR controversy continues to engulf the English Premier League, cricket seemed keen to show it was no stranger to a bit of technological confusion in the first over of England’s reply on Sunday, November 10.

Trent Boult swung one back into Banton’s pads and won the appeal. However, Jonny Bairstow encouraged his partner to review, having seemingly noticed an inside edge.

Replays and UltraEdge soon put paid to that theory, and when HawkEye was shown, it seemed unequivocal – the ball was pitching in line and smashing into off and middle about halfway up. The only issue was ball-tracking was showing the previous delivery, which Banton had smashed over long-on for six. 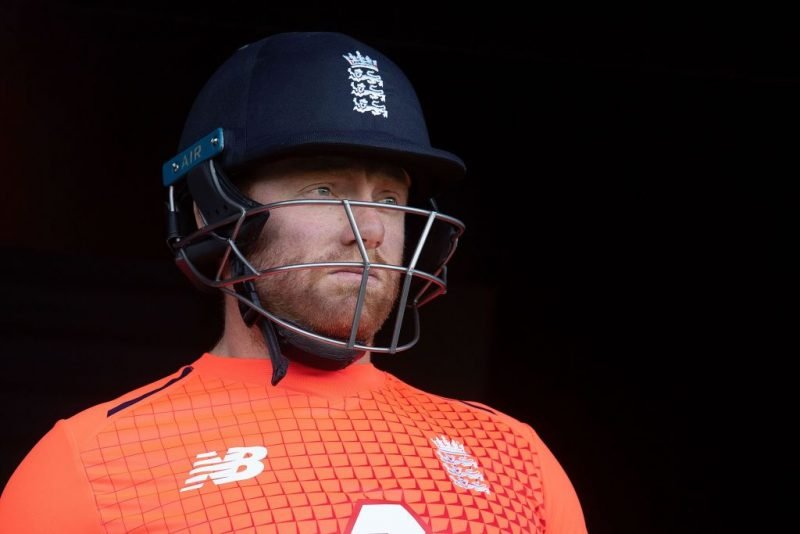 Bairstow was less than pleased with how DRS functioned

Confusion reigned. TV umpire Chris Brown could be heard saying “what is going on” as a replay of the correct delivery briefly flickered into existence, before a more permanent image confirmed that Banton was out.

Bairstow, however, still wasn’t satisfied, mouthing something in protest. “Jonny Bairstow is clearly saying that is not the right ball,” said commentator Ian Smith, while there were also suggestions that ball-tracking missed the initial impact on the front pad, which might have changed the course of the ball back onto the stumps.

Whatever the realities of the technology, Banton was out in the scorebook, as he would have been in a pre-DRS world.