Climate change is a major and “unexpected threat” to the future of cricket in the UK, according to a report released on Wednesday.

The Climate Coalition say cricket will be the “hardest hit” if climate change continues to encourage extreme weather and cause sea levels to rise, with increased rain to result in more delays and match abandonments.

They highlighted that six of the UK’s seven wettest years on record have occurred since 2000, with the County Championship having been heavily affected by rain in recent seasons. 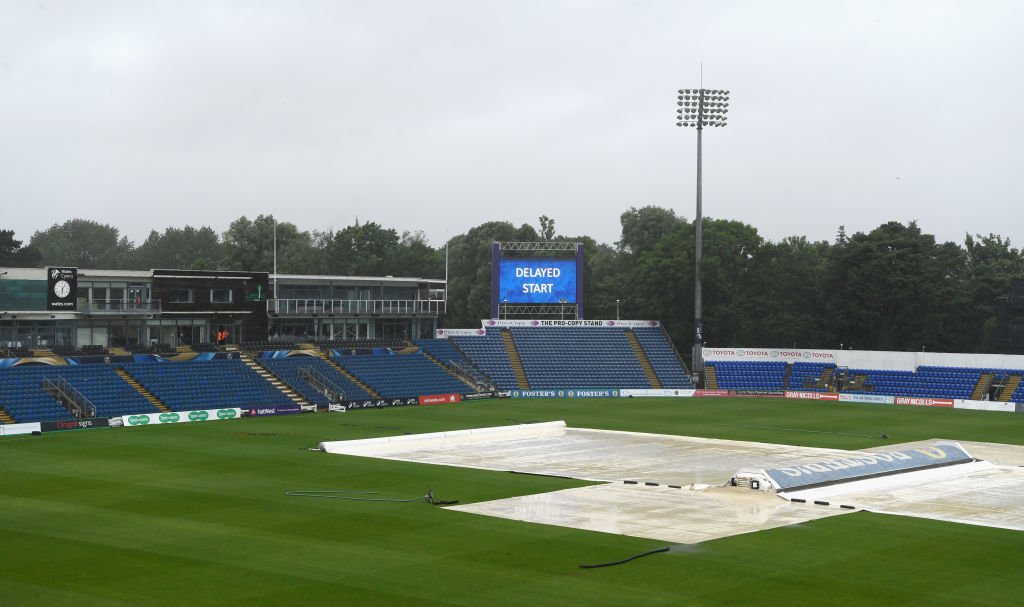 The report added: “Climate change is already impacting our ability to play and watch the sports we love. In a perfect storm we could lose 5-10 metres of the coastline over just a couple of days and that could happen at pretty much any point.”

More than a quarter of England’s home ODIs (27%) have seen a reduced number of overs due to rain interruptions, while the rate of rain-affected matches has more than doubled since 2011.

The ECB spent £1.6million on emergency grants last year to help clubs restore their facilities, and have set aside a further £2.5million for small grants to help clubs be more equipped to deal with poor weather.

The ECB’s national participation manager, Dan Musson, said: “There is clear evidence that climate change has had a huge impact on the game in the form of general wet weather and extreme weather events.”

Glamorgan have lost 1,300 overs of cricket since 2000 because of the weather. Their head of operations, Dan Cherry, alluded to the huge impact the weather has had on the club.

“Losing so much cricket is a county’s worst nightmare – it affects the club at every level,” he said. “It’s difficult even for first-class counties to be commercially viable with such an impact.

“T20 Blast is a great way to get new people through the gates and into cricket – but they won’t come back if this keeps happening and it’s damaged the club to the tune of £1m.”

The report also claimed that football and golf were under threat, but that cricket would be hit the hardest of the three pitch sports.