Alastair Cook has voiced grave concerns over the future of Test cricket.

In issue No.1 of the revived Wisden Cricket Monthly, England’s greatest ever Test runscorer says: “The game has evolved more quickly than I imagined it would do.

“Soon it [Test cricket] will not be viable. There’s no money in it because that’s all in the T20 leagues – or T10 as it probably will be soon – and we have to be worried about that. That’s my opinion. T20 is a brilliant game but I think Test cricket is still the ultimate test of all-round skills. There has to be some meaning or context to the game. And Test cricket has to be subsidised too. Maybe in order for a T20 league to be sanctioned by the ICC they have to give some of that money to preserve Test cricket.”

In an exclusive interview, former England captain Cook opens up to John Stern about his fears for Test cricket’s future, Mark Stoneman’s chances, and why he’s channelling his inner Jose Mourinho ahead of the toughest series of them all.

Cook’s bullishness is partly inspired, he says, by a Jose Mourinho quote he heard before Manchester United’s recent match at Liverpool

Even Cook, now embarking on his fourth Ashes series down under – lugging a personal scoreline that reads Australia 11, England 3 – there is no doubt about it. “It’s one of the great tours to go on. [Andrew] Strauss said that while he doesn’t miss the saying goodbye, there is jealousy in his eyes. This is a bloke who hasn’t played for five years wishing he was on that plane. You do have to appreciate that as a player. I will give myself the odd minute at certain grounds because I’m very unlikely to be there in four years’ time.” 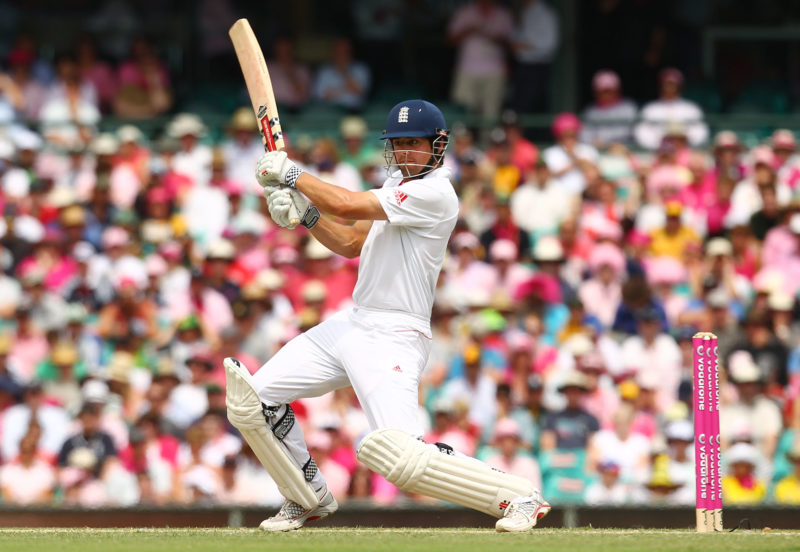 Cook’s bullishness is partly inspired, he says, by a Jose Mourinho quote he heard before Manchester United’s recent match at Liverpool. Asked about the perennially hostile reaction his team receives at Anfield, Mourinho said: “I am surprised you speak about that in a negative way and I am even more surprised when I hear big, former players speak about atmospheres like they are something sinister, something that worries us. It motivates us, it is something that we want, it is something that if we could have every match we would have every match.”

But while there is little chance of England’s cricketers ‘parking the bus’ for five Tests, Cook believes this “perfect quote” can be related back to England’s Ashes experience down under: the Gabbatoir, ‘Stuart Broad’s a s*** bloke’ and the rest. “It’s where we want to be,” he tells WCM. “We don’t get this opportunity very often – to play in front of 40,000 or at the MCG in front of 90,000. Rather than shy away from it, look at it as an exciting challenge. Go out and see how good you are.” 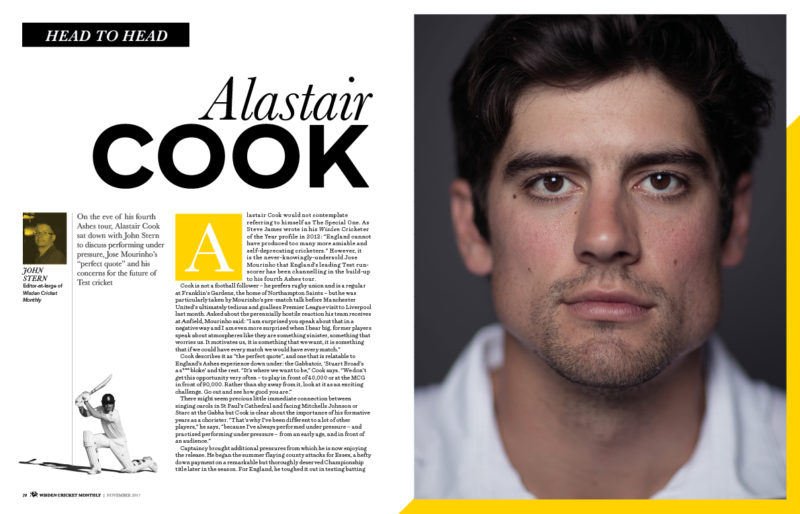 One player looking to establish himself is Mark Stoneman, Cook’s 12th opening partner since Strauss’ retirement. Cook believes Stoneman has all the attributes to be a success. “I really like him. He’s certainly got the temperament to play Test cricket. And he hits the bad ball, which is a good trait to have. He needs a bit of luck in the first couple of games but if he can get a couple of scores, he’ll be well away.”

To read the Cook article in full, as well as exclusive interviews with Steve Smith, Joe Root and Mike Brearley, buy a copy of Issue 1 of Wisden Cricket Monthly here for £1 using the offer code 1FOR1