India galloped to a 137-run victory in the third Test against Australia at the MCG to secure a 2-1 lead in the four-match series.

The visitors have ensured that they will retain the Border-Gavaskar Trophy, but Virat Kohli, their skipper, has said that India “are not going to stop here” and winning a series away from home “has to be an obsession”.

“We are not going to stop here. This will give us more confidence and we will play more positively in Sydney. I think we have been really smart in all the departments in the two matches that we have won,” said Kohli after the game.

Jasprit Bumrah claims the last scalp and India have taken a 2-1 lead with a remarkable 137-run victory at the MCG.

The visitors have retained the Border Gavaskar Trophy successfully.#AUSvIND

“That is the reason we have at least retained the trophy but the job is not done yet. It’s not finished at all. We want to win the last Test match as well if an opportunity comes our way. We don’t want to be complacent. We are all but ready for the final Test match.

India will end 2018 with a Test victory in each of South Africa, England and Australia in the year, but Kohli wants more from his team. 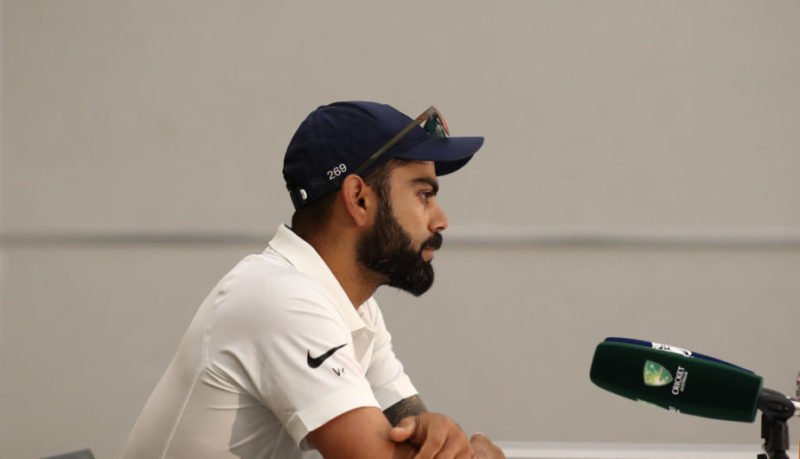 “You have to give everything you have to win a series”

“It’s a great opportunity from the point of view that we always wanted to win a series away from home, actually every series that you play. And the fact that the boys realise that they have worked so hard to be here now.”

Related Story: David Gower calls for England’s 1970 series against Rest of the World to be given Test status

Jasprit Bumrah, in particular, has left no stone unturned since his red-ball debut against South Africa in January, claiming 48 wickets in just 18 innings.

Success isn't always about greatness. It's about consistency.?
A dream win for us and what a way to end the year! ??
Truly exceptional.#AUSvsIND pic.twitter.com/6Kaiy46v4O

Kohli heaped praise on the fast-bowler after his stunning performance at MCG, where he picked up nine scalps across two innings to be adjudged Player of the Match.

“He was that obsessed about his fitness levels and his work ethic. So we discussed before South Africa that if we just put him as a surprise package, he could be the answer if he gets his lines and lengths right,” said the India skipper.

“The mindset he has is what separates him from anyone else in the world right now. He looks at a pitch and doesn’t think it’s a hard toil – he thinks wickets. He thinks, ‘how can I make a breakthrough for the team’.

Player of the Match goes to @Jaspritbumrah93 for his stupendous figures of 9-86 at the G ??#AUSvIND pic.twitter.com/0SCqzl8iVo

“Your mindset separates you from the rest. He is as strong as I have seen anyone in the past and that’s the key to his success. What I have seen in the past 12 months – he has matured in Test cricket.

“The areas he has been bowling so soon, so quickly in his Test career, I think is a very scary sign for all the batsmen around the world. In Test cricket, if there is a pitch like Perth, I wouldn’t want to face Jasprit Bumrah to be honest because he is once on a roll, he can really crank it up.

“The way he bowls is so much different to anyone. I think he realises that more than the batsman and that is why he is so confident about his game.”