Former England captain Michael Vaughan has claimed that Virat Kohli is the best batsman he has ever seen across all formats.

Vaughan, whose career coincided with the likes of Sachin Tendulkar, Rahul Dravid, Ricky Ponting, Brian Lara and Kumar Sangakkara, claimed that Kohli was a better player than any other that he had seen.

Speaking to Fox Sports, Vaughan said: “I have not seen a better player (than Kohli). I’m not disrespecting Sachin Tendulkar, Brian Lara or Ricky Ponting, but across three formats of the game I have not seen anyone better.”

“He has such high skill levels and an incredible mentality when it comes to dealing with the pressure of the chase. All that while dealing with a weight of expectation and adulation that only Sachin would have experienced.” 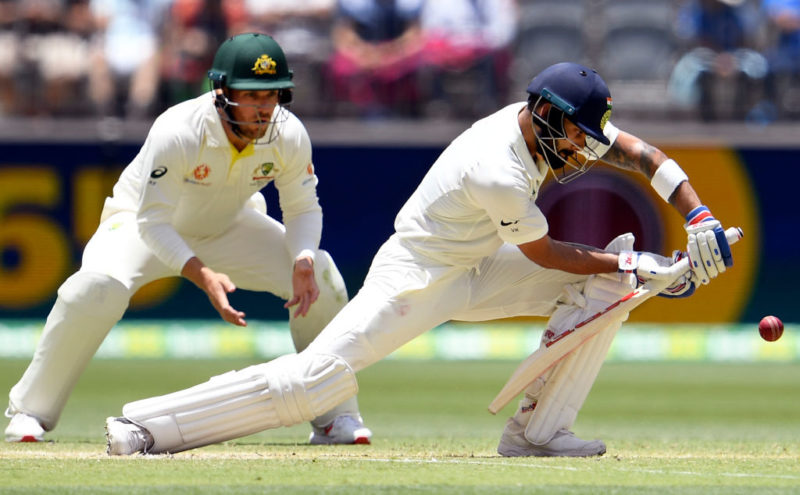 Kohli has hit 11 international hundreds so far in 2018

His hundred in the second Test of the series in Perth was his 63rd in international cricket. Despite only having turned 30 last month, only Tendulkar and Ponting have scored more international hundreds in their careers.

Vaughan’s comments were echoed by Allan Border. “I think by the time Kohli finishes he (could) statistically be equal or better than all those players,” the former Australia skipper said.

Kohli’s undisputed brilliance couldn’t help India in the fourth innings of the Test in Perth. A Nathan Lyon delivery found his outside edge before Usman Khawaja accepted the catch at first slip to dismiss the India skipper for 17.

Ending the day on 117/5, India have their backs against the wall in their pursuit of 287 to take a 2-0 lead going into the Boxing Day Test.