Jonny Bairstow, the England batsman, has said that he still wants to be the wicketkeeper-batsman in the Test side and has not given up on the role “by any means”.

Bairstow sustained an injury that forced him away from wicketkeeping midway through the Test series against India last year. Since then, the 29-year-old has been unable to regain his spot behind the stumps.

Early on, it was Jos Buttler who donned the gloves, but now, it is newcomer Ben Foakes who has come on to do the job.

“You want to be playing in the team, winning series and Test matches for England”

However, Bairstow, who is in the side as a specialist batsman right now, wants to play the wicket-keeping role for England in whites.

“Down the line, you want to be doing something you’ve done the last 10-15 years of your career. I’ve not stopped practising my ‘keeping, not by any means, because we’ve all seen how quickly things change,” Bairstow told York Press on Friday, January 18.

“Whether it be at three or whether it be keeping wicket, you want to be playing in the team, winning series and Test matches for England.” 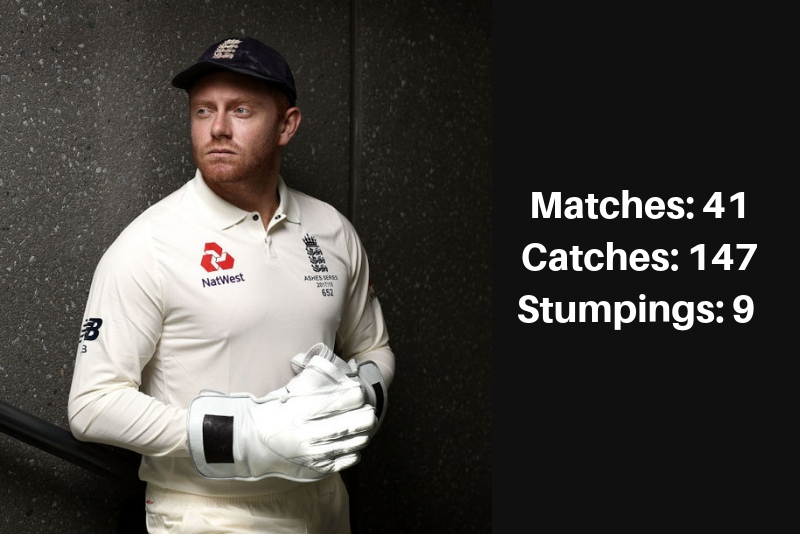 Bairstow’s records as a wicketkeeper in Test cricket

The right-hander, who notched up a 112-ball 98 against CWI President’s XI in the final warm-up game, says the knock served as a “confidence booster” ahead of the Test series against West Indies. “It was good fun out there and nice to spend some time in the middle. It was a confidence booster leading into next week and the Test series,” he added.

On batting at No.3 in the line-up, he said, “At three you’re probably going to be facing the new ball, fresher bowlers on fresher pitches, so there will be a bedding in period and you might not get it right every time because it will be different to five, six or seven.

“I’ve batted in a lot of positions in the last few years. I’d still have my head in a load of books if I thought too much about the stats for every position but for me, it’s a case of going out and doing what I need to do and trying to adapt again to a different role in the side.”