Kagiso Rabada has pulled out of IPL 2019 with a back niggle less than a month before the start of the World Cup.

Cricket South Africa advised the fast bowler to return home to ensure his fitness for the Proteas’ tournament opener against England on May 30.

Rabada, IPL 2019’s leading wicket-taker with 25 scalps in 12 games, will miss the Delhi Capitals’ one remaining group stage match and their play-off contests. The Capitals are third in the table ahead of tomorrow’s game against Rajasthan Royals. 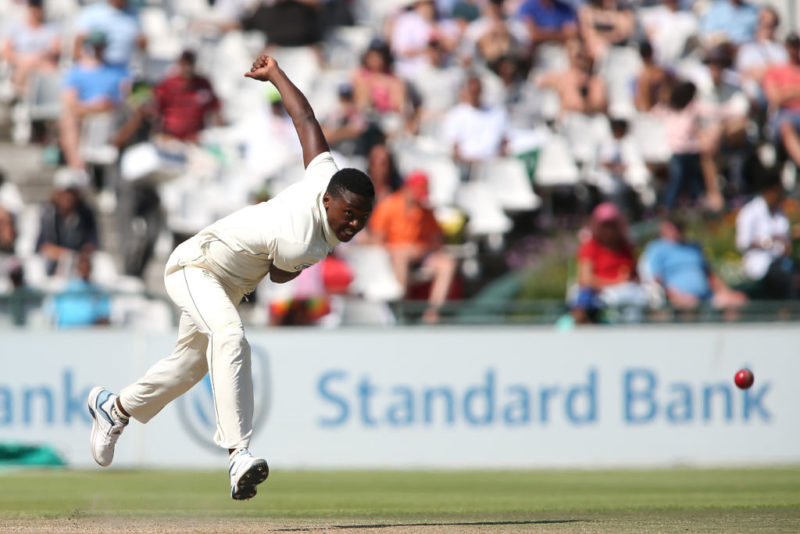 Rabada is a fixture for South Africa in all three forms

Rabada first felt discomfort after a game against Royal Challengers Bangalore on April 28. He had a back scan on Wednesday, which was sent to CSA, and they advised that he return to South Africa.

“It is indeed very hard for me to leave the Delhi Capitals at this stage of the tournament,” Rabada said. “But with the World Cup just a month away, a collective decision has been made for me in this regard. It’s been a tremendous season for me with the Delhi Capitals, both on and off the field, and I truly believe that our team can win the trophy.”

The 23-year-old is not the first South African paceman to suffer an injury worry before the World Cup. Dale Steyn pulled out of the IPL with a shoulder problem, and both Lungi Ngidi and Anrich Nortje missed the entire tournament due to injury.