Afghanistan are getting ready to play their maiden Test match, against India in Bangalore from June 14, and got themselves in the mood for it with a 3-0 demolition of Bangladesh in a T20I series over the last week.

Playing T20 matches might not be the best way to prepare for Test cricket, but it is what it is for the Afghans, and they are not complaining. For Bangladesh, though, it was yet another underwhelming display that will do their ambitions no good.

Related Story: Five future stars from the U19 World Cup to watch

Bangladesh are ranked two spots below Afghanistan in the ICC T20I rankings, so the result should not have come as a shock, but the manner in which they went down will hurt Bangladesh. Reversals by 45 runs and six wickets gave Afghanistan the series, and though the last game went down to the wire, Rashid Khan’s expertise ensured a one-run win. 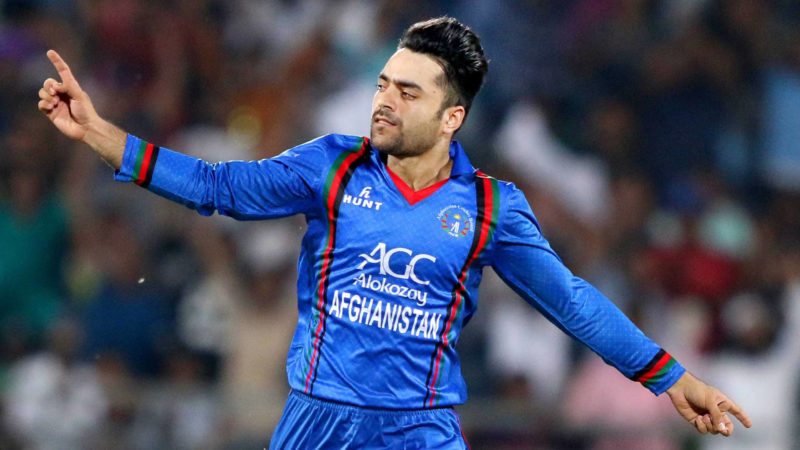 ‘If you’re fit, you can deliver in any department’ – Rashid Khan

“We played better today than in the last two games. Overall, we have to come up with better plans. I thought we restricted them to reasonable total,” said captain Shakib Al Hasan after the third defeat.

Afghanistan scored 145/6 but stopped Bangladesh at 144/6. “We were so close, but the middle overs cost us. I thought Mushfiqur (Rahim) and Mahmudullah gave us a chance but they could not finish it. These conditions [in the northern Indian city of Dehradun] suited Afghanistan and they had quality spinners,”

Khan was the standout performer in the series. He returned 3-13 and 4-12 in the first two wins, and though his 1-24 in the final game was below his standards, it included a seven-run last over when the opponents needed just nine to win.

It wasn’t Khan alone, though. Afghanistan’s two other frontline spinners, Mohammad Nabi and Mujeeb Ur Rahman, were outstanding too, picking up four and two wickets respectively in the series and conceding runs at five an over. 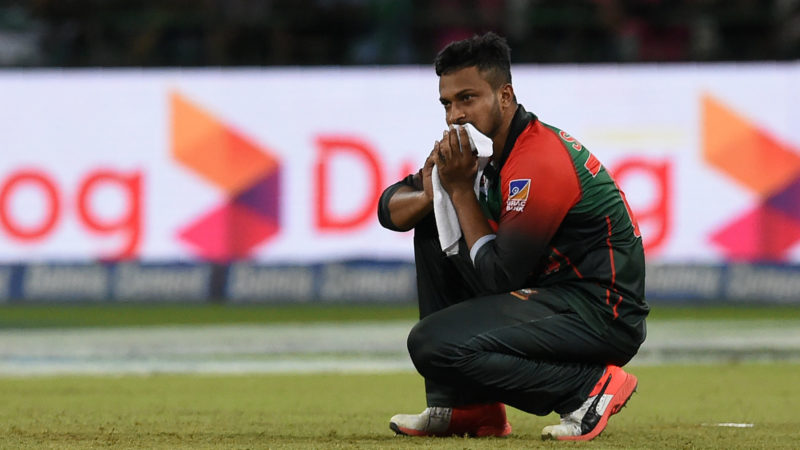 With the next World T20 set for 2020, Bangladesh must up their game in the format, and move up from their current No.10 in the ICC rankings.

“Overall our performance in the series was not up to the mark. We were found wanting in all the three aspects of the game,” said Al Hasan. “In all the three games, we did not bat to our potential. We also could have bowled better in the first two matches. The body language and fielding need improvement as it was missing on occasions.

Related Story: Men’s ODI spells of the decade, No.3: Rashid Khan parties away from the eyes of the world

“I think it is a mental block that we haven’t been able to overcome till now. It would have been good if we could have won the match but going so close and yet falling short is painful.”

With less than a week to go for the Test debut, Asghar Stanikzai, the Afghanistan captain, was gung-ho. “Great preparation for the Test match against India – the morale is high,” he said. “Last couple of years we have performed well. We want to achieve it for Afghanistan. You see the batsmen, bowlers are all in good form.”

If Afghanistan have to push India, the No.1 Test team in the world, hard, Khan has to come to the fore again, that’s no secret.

“Full credit to my fitness – if you’re fit, you can deliver in any department; it doesn’t matter whether I’m playing in league cricket or the national team, I just want to enjoy,” he said of the big occasion.

If he can deliver, it will be an engrossing Test match.