Achini Kulasuriya, the Sri Lanka Women pacer, was knocked out and had to be rushed to the hospital during their Women’s T20 World Cup warm-up match against South Africa.

Kulasuriya was fielding at the long-off boundary, and was attempting to catch a skier from Chloe Tyron, but misjudged the trajectory and was struck by the ball on the head. She collapsed to the ground as team-mates rushed to her. 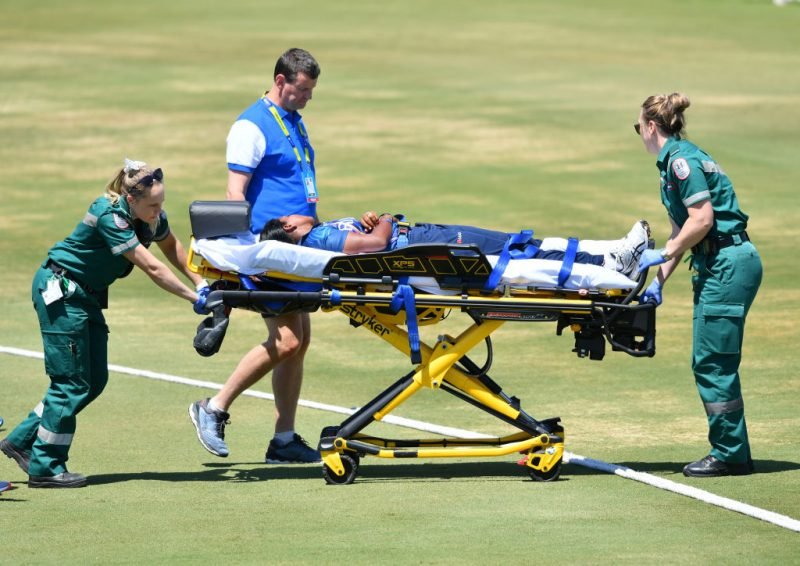 Fortunately, despite being motionless for several moments after impact, a Sri Lanka team representative confirmed to cricket.com.au that she was responsive as she was stretchered off the field.

She was taken to the nearby Royal Adelaide Hospital for scans, but was cleared of serious injury and has been discharged from hospital. According to the report, she has returned to the team hotel.

Sri Lanka will play New Zealand in their opening match of the Women’s T20 World Cup in Perth next Saturday.